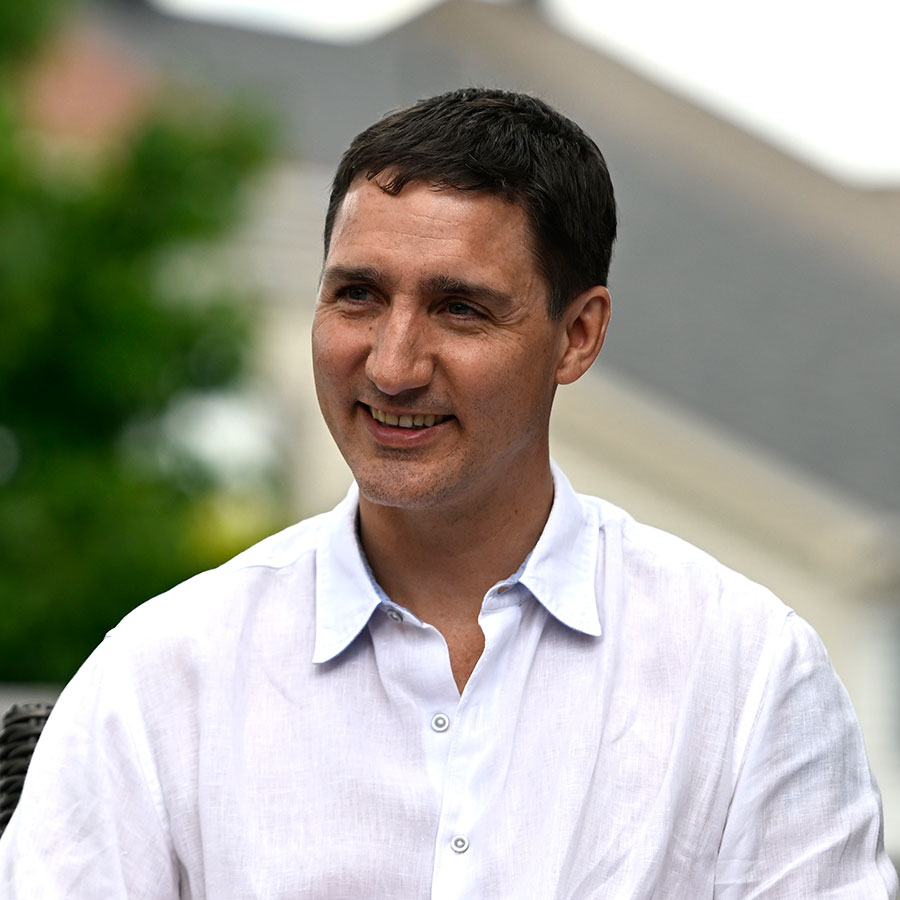 Prime Minister Justin Trudeau speaks to a family about the Climate Action Incentive Payment at their home in Ottawa on Friday. The visit was among some of the events over the weekend that gave social media users their first glimpse at the PM's new, short-cropped haircut. Photo: The Canadian Press/Justin Tang

Finding agreement across political divides isn’t easy in Canada, but Prime Minister Justin Trudeau may have just brought the right and left a little closer together with his new hairdo.

Unlike pervious grooming choices that have sparked debate — from his long shaggy hair during the early days of the pandemic to his more recently sported salt and pepper beard — conservatives and liberals alike agree, this one is no bueno.

The new summer trim has drawn comparisons to Jim Carrey’s goofy haircut in the 1994 comedy Dumb and Dumber, and with the PM’s bangs just a few stray locks away from the infamous bowl cut, the description isn’t far off.

Trudeau debuted the cut publicly during an appearance Friday at Quebec’s Gatineau Park, where he chatted with young campers about protecting the environment. Soon after the PM posted a couple snaps from the event, the Dumb and Dumber memes began. By Monday morning, Jim Carrey’s name was trending worldwide on Twitter.

Even reporters seemed distracted by the new do. CTV’s Mackenzie Gray tweeted out the various takeaways from the event, including a pitch for his two billion tree planting plan, but couldn’t help but weigh in on the new cut, adding, “He also chopped all his hair off.”

Trudeau’s detractors used the less-than-flattering cut as ammunition, while his supporters claimed the insults were proof conservatives were running low on legitimate criticisms of the PM.

One twitter user named Emma even came up with a pretty plausible explanation for the short crop.

“I’m pretty sure Justin Trudeau took a picture of George Clooney’s sexy Caesar haircut of the ’90s to his hairdresser and came out looking like Lloyd Christmas,” she tweeted.

While Trudeau likely wouldn’t enjoy the comparison, Carrey, who grew up in Canada, might appreciate the unintended homage.

After all, the actor has been quite vocal about his love of Canada in the past, particularly in his defence of the country’s universal health care system.

“I grew up in Canada, OK. We have socialized medicine. And I’m here to tell you that this bullshit line that you get on all of the political shows from people is that the system is a failure in Canada,” Carrey said in a 2018 interview on Real Time with Bill Maher. “It is not a failure and I never waited for anything in my life. I chose my own doctors, my mother never paid for a prescription, It was fantastic.

Nice or not, Canucks didn’t hold back in their social media skewering of Trudeau. Scroll down for more reaction from around twitter.

From Bad Hair Days to “Speaking Moistly”: 8 Things We’ve Learned About Trudeau From His Daily Briefings