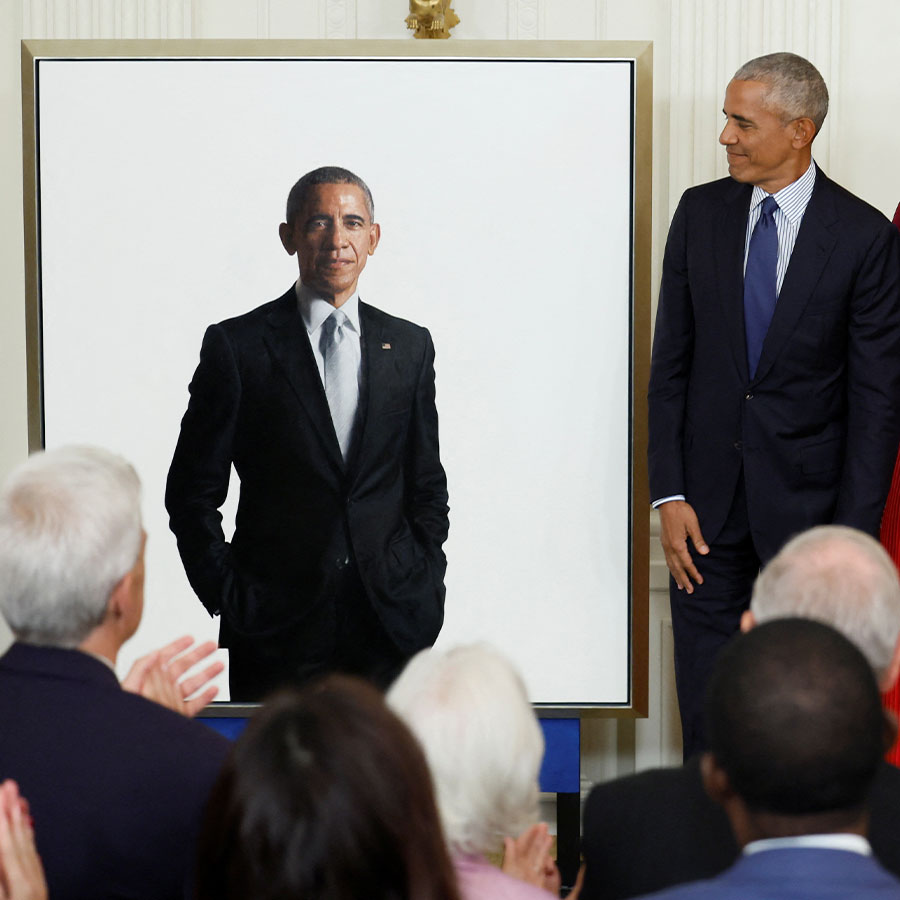 Barack Obama and his wife, former First Lady Michelle Obama, returned to the White House on Wednesday for the unveiling of their official portraits, hosted by fellow Democrat President Joe Biden more than five years after the former president left office.

Artist Robert McCurdy put the grey-suited ex-president, 61, at the centre of his canvas, in a photorealistic portrait with a white background that recalls previous portraits he did of Toni Morrison and Nelson Mandela.

The former first lady, 58, is pictured in a blue dress in the White House’s Red Room, in a painting by Brooklyn artist Sharon Sprung.

“There are few people I have known with more integrity, more decency and more courage than Barack Obama,” Biden told the unveiling ceremony. “Nothing could have prepared more for being president of the United States than being by your side for eight years.”

Customarily, a former president returns for the unveiling during his successor’s tenure, but Republican President Donald Trump’s administration did not hold a ceremony for the Obamas while was in office.

Earlier portraits of the Obamas that were unveiled in 2018 and placed in the Smithsonian’s National Portrait Gallery in Washington have become a major tourist draw.

Trump, before winning election in 2016 and succeeding Obama in 2017, was a longtime proponent of the “birther” movement that falsely suggested Obama was not born in the United States and hence should not be president.

White House Historical Association president Stewart McLaurin said there was no prescribed process for presidential portraits. “It’s really up to the current president in the White House and the former president that is portrayed in the portrait to determine the right moment, but there is no set timeline,” he said.

Biden, then vice president, and his wife, Jill were close to the Obamas during the Obama presidency, as they managed their political and personal lives, including the death of Biden’s son, Beau, from cancer.

Obama has been back at the White House once since leaving office, joining Biden in April for an event to tout his signature healthcare law, known as Obamacare.

Barack Obama Marks His 61st Birthday With Announcement of Tribute To His Late Mother, Ann Dunham