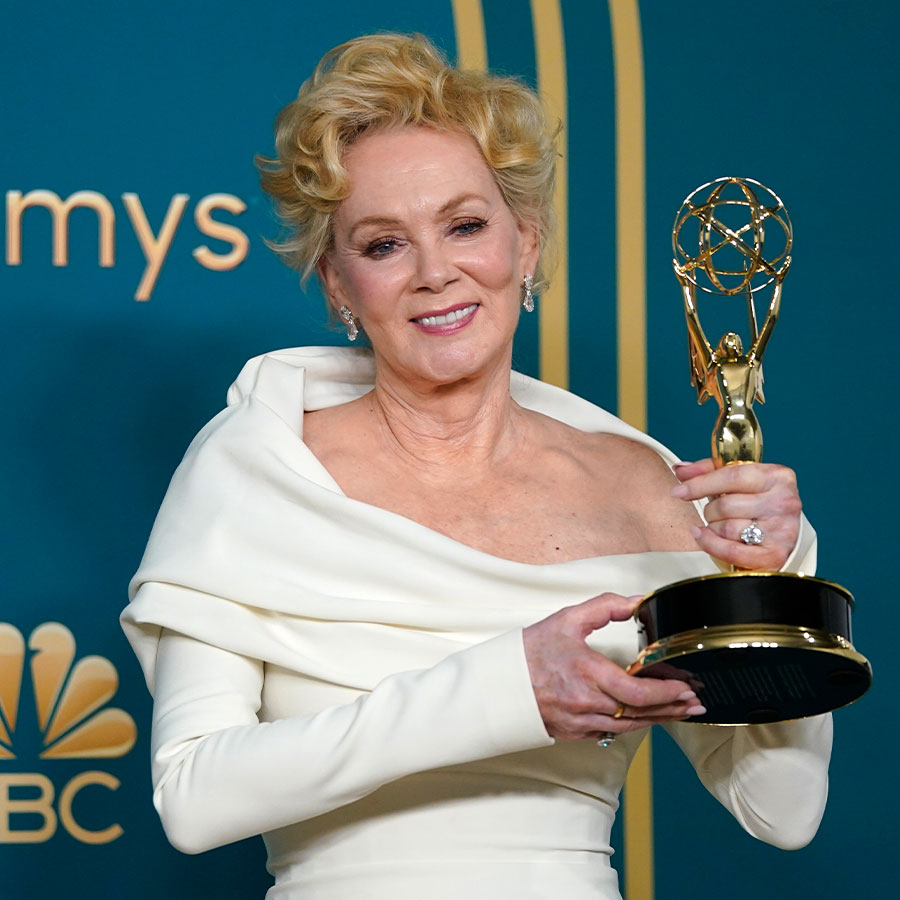 After a solemn weekend paying respects to the passing of Queen Elizabeth II, the 2022 Primetime Emmy Awards on Monday night proved a welcome respite — a feel-good show featuring triumphant (and even some historic) moments for members of Hollywood royalty.

Speaking of firsts, one of the evening’s highlights came courtesy of Abbott Elementary’s Sheryl Lee Ralph who, at age 65, and after 45 years as a performer on stage and screen, won her first Emmy Award (on her first nomination), for Outstanding Supporting Actress in a Comedy Series. Ralph, visibly shocked, took the stage and sung a portion of Dianne Reeves’ “Endangered Species” before concluding a passionate acceptance speech that The Atlantic called “the kind of moment that television — live television, in particular — is made for and needs more of.”

As well, Zendaya, at only 26 years old, won the award for Outstanding Lead Actress in a Drama Series for her role as Rue on Euphoria, becoming both the first Black two-time winner of the award and also the youngest two-time Emmy winner.

And in an awkward moment, when Succession won the final award of the evening — Outstanding Drama Series — the show’s creator Jesse Armstrong, flanked by his cast, began his speech with an awkward nod to King Charles III.

“Big week for successions. New King in the U.K., this for us. Evidently a little bit more voting involved in our winning than Prince Charles,” the 51-year-old said. “I’m not saying we’re more legitimate in our position than he is, we’ll leave that to other people.”

The crowd didn’t really know what to make of it, while Succession star Brian Cox, 76, told Armstrong “Keep it royalist, keep it royalist.”

You can check out the full list of winners here.

The show also featured a classic TV theme song re-mix montage — which included Friends, The Brady Bunch (some of the cast reunited and were in attendance) and Law & Order.  —Mike Crisolago

Of course, Emmy fashion was also on full display all night. Here, some of our favourite looks from the evening:

The Canadian Killing Eve star, who was looking for her first Emmy after 13 nominations (Outstanding Lead Actress in a Drama Series), went with haute ’70s glam for the Emmy red carpet in a glittering Rodarte suit and deep-v silk halter.

On hand for her seventh Emmy nomination, this time for her turn as the duplicitous Wendy Byrde in the cult hit Ozark, Laura Linney turned heads in a monochrome peplum gown by Christian Siriano, who has since dressed everyone from Jennifer Lopez to Cardi B since he won Season 4 of Project Runway in 2007.

The award-winning character actress went with a bold Louis Vuitton ensemble for the Emmy red carpet.

Their hit show Only Murders in the Building scored an impressive 17 nominations — including Best Outstanding Comedy and Best Lead Actor nods for each of them.

Nominated for Outstanding Supporting Actress in a Drama Series, The Succession co-star walked the red carpet in classic awards-show red.

Presenting alongside Seth Myers, the comedienne was a knock-out in a peek-a-boo midnight blue sequin dress by Halston.

In a lush braid and crip white trench coat look, the television icon handed out the first award of the night to Michael Keaton for Outstanding Lead Actor in Limited or Anthology Series.

A favourite for her acclaimed turn as a wealthy depressive in the HBO hit The White Lotus, Coolidge beat out co-star, fellow nominee Connie Britton, to take the Outstanding Supporting Actress in a Limited Series award in a glimmering green, off-the-shoulder gown.

The television queen stunned in a coral goddess gown by Monique Lhuillier accented with diamond and turquoise jewelry.

With her Geena Davis Institute on Gender in Media receiving the 2022 Governors Award “in recognition of their efforts to promote gender balance and foster inclusion throughout the entertainment industry,” the Oscar-winning star attended the ceremony in a bold, yellow silk-chiffon dress with a gem-embellished waistline.

Also maxing the mini, the Orange Is the New Black alum’s jet-age look is by Jean Paul Gaultier. She topped her hip accentuating, cone bra frock with a super sleek ponytail.