“The Other Side of Fear”: Viola Davis On How Her New Film ‘The Woman King’ Helped Her Define Herself 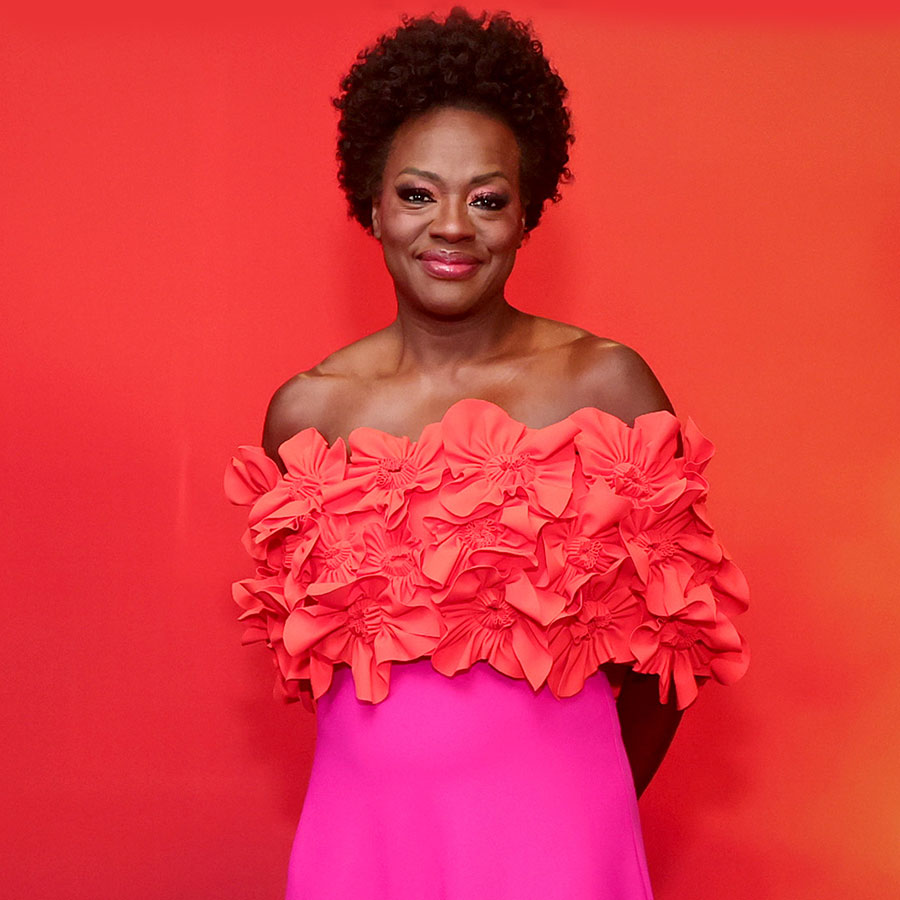 On the first Friday of The Toronto International Film Festival, at the world première of the new film The Woman King, its star and producer Viola Davis told the audience that this was her magnum opus, “because it’s everything I dreamed it could be.” But as hard as she worked on it, including months of gruelling physical training — “I was 56!” she told the crowd, to erupting cheers. “You better be glad I’m alive and standing here!” — it worked on her, too.

Davis, now 57, made that clear earlier in the day, during a panel discussion with four of her co-stars sponsored by Twitter’s #TakeUpSpace campaign, which encourages marginalized people to know and own their worth in society. About 120 people squeezed into Mademoiselle restaurant, a former strip club transformed with white walls, oceanic blue glass chandeliers and masses of hydrangeas. Unfortunately, most events at TIFF are still dominated by white attendees. This crowd, however, was as racialized as Toronto, and Davis, wearing a chic violet patterned jumpsuit, spoke to everyone with rare candour.

“As Black people, especially as Black women, we’ve been given insurmountable odds,” she said. “Our voices have been stifled, we’ve been invisible for so long.” The Woman King, based on the true story of the Agojie, an elite unit of women warriors in late-1800s West Africa, rejects that stifling: its director is a Black woman, Gina Prince-Bythewood (The Old Guard), as are most of its cast and department heads. (Davis plays the title character. The film opens Sept. 16.)

Recently, Davis said, she’d done an interview with a white male reporter who kept saying, “I know I’m not the audience for this film …” She knew he meant well, but eventually she had to stop him. “You are the audience,” she told him, “because every time we do a movie, we have to appeal to you. We have to water down our voices, our images, in order to fit your perceptions, to ease your fears.”

Because of those fears, the film’s seven-year development process was a never-ending fight. “There are no words to quantify what that fight is,” Davis said. “Every time I walked into a meeting, I was hustling for my worth. Fighting for what we look like. ‘Can you make them prettier?’ ‘Can we have more lipstick and not dirt?’ Fighting for these actors, who are, come on, frigging great, but they don’t have the resumes of their white counterparts.”

And the fight continues. Davis doesn’t love social media, but as a producer, she has to pay attention. So to the people who say, “I don’t want to see another story about slavery,” she replies, “If you don’t plop down money in the opening weekend, you’re not going to see Black females leading a movie again.”

To those who tweet, “Why are dark-skinned women in movies always hard and fighting?” she counters, “Are you talking about Black Panther? Because that’s the only one! You want to see Black women as romantic leads? Well hell, I do, too! And I have, for my 33-year career.” She paused. “My biggest problem with my profession? I get angry that a lot of people don’t want to just sit with us for two hours and six minutes in a movie theatre.”

Here’s where making The Woman King transformed her. Late in the story, her character tells another, “I am sorry I left you behind. I wasn’t brave enough.” That line catapulted Davis back to her childhood in Central Falls, R.I. “Six- year-old Viola, who was traumatized, left behind, invisible,” she said. “Called ugly, called [hideous racial slur] every single day. I didn’t have anyone to say that I was not that. So guess what — I ran.”

Many in the crowd were wiping away tears. “Anybody will do anything to fit in, to succeed, including selling your voice,” Davis went on. But over the last seven years, she learned that “your inner voice is your warrior fuel. You may get rejected again and again and again and again, but that one time you win will be worth it — if it’s connected to that voice inside you that’s untouched by the world. Don’t leave little Viola behind. Don’t leave any little ones behind. Uplift your people.”

Later that night, standing on the theatre stage, resplendent in a neon pink and tangerine gown, the curtains about to open, she reinforced that thought.

“I allowed myself to be defined by the culture, naysayers, dropped in a profession that’s all about deprivation,” she said. “At 56, making this, I realized I could define myself. And now I know, everything you ever wanted is on the other side of fear. I see you, little Viola, and every chocolate girl like you. Stop running.”

The Woman King is in theatres on Sept. 16.