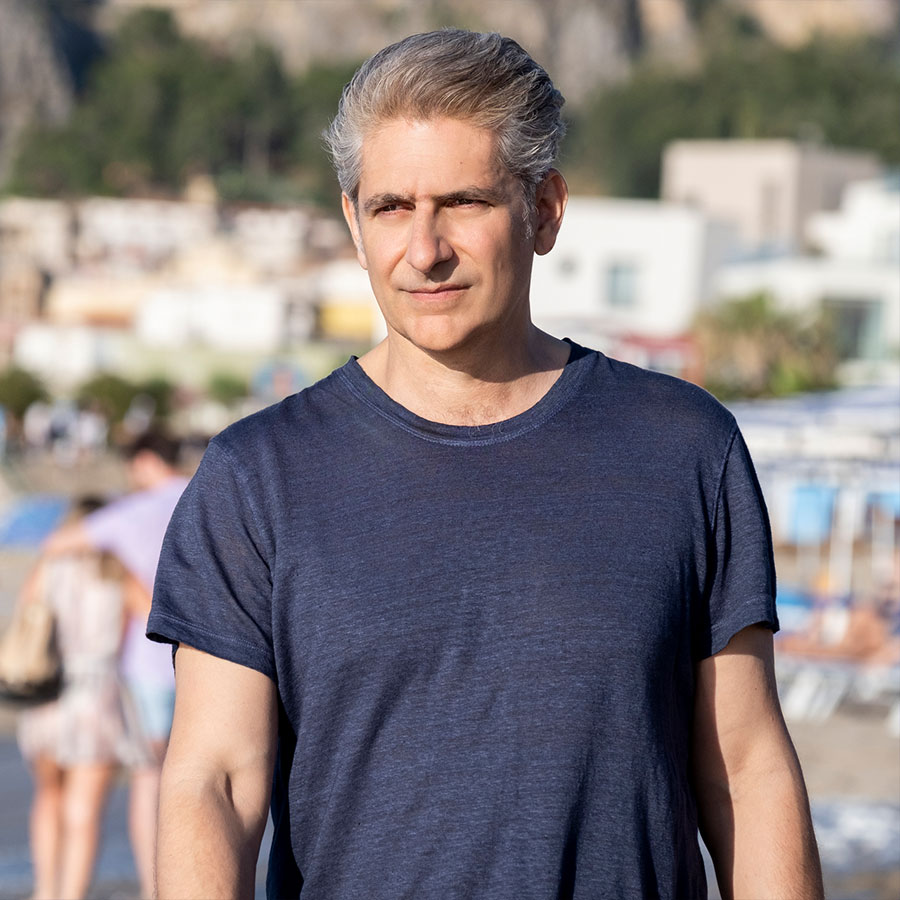 Michael Imperioli as Dominic Di Grasso in Season 2 of 'The White Lotus.' The actor, who is of Italian heritage, enjoyed travelling throughout the country while on break from filming in Sicily. Photo: Fabio Lovino/HBO

Michael Imperioli, the actor who played erratic drug-fuelled mobster Christopher Moltisanti in the iconic HBO crime series The Sopranos, still embraces his life-changing role some 15 years after it ended. At the beginning of the pandemic, the 56-year-old Imperioli and Sopranos co-star Steve Schirripa (Bobby Baccalieri), 65, launched a re-watch podcast called Talking Sopranos and released a book, Woke Up This Morning: The Definitive Oral History of The Sopranos, last November.

But the New York native, of Italian heritage, is also a writer, director, and long-time musician. Zopa — an indie rock trio he fronts alongside bassist Elijah Amitin and drummer Olmo Tighe — played some club dates in eastern Canada in August and are in the middle of recording the follow-up to their 2020 album La Dolce Vita album. One of their new songs, “A Still Life,” features Canadian songstress Jane Siberry on backing vocals. Imperioli also plays a minister who runs a gang rehab centre in the new Hulu comedy series This Fool.

His most high profile current gig, however, is starring in the just launched second season of the Emmy Award-winning HBO anthology series The White Lotus, playing a Hollywood producer on an intergenerational resort vacation in Sicily with his flirty father (Oscar-winner F. Murray Abraham, 83) and chill, sweet son (Canadian actor Adam DiMarco) in an attempt to learn more about their family’s roots.

KAREN BLISS: Your Zopa show in Toronto was filled with young people. Are they coming out because they have discovered The Sopranos or your podcast?

MICHAEL IMPERIOLI: It’s partly that. During the pandemic, what came to light was that a whole new generation of people were watching The Sopranos, people that age. And it really resonates with them. And it has a big fan base. The other thing is … I post a lot (on Instagram) about music and cinema, mostly music really, but also other art, Buddhism, politics and I think I’ve somehow managed to reach some young people through that. So it’s a combination of all that.

KB: Many of our peers, it seems, gave up hanging out in local bars seeing
bands.

MI: My wife and I have an empty nest now in the last two years, and we feel like we did when we were in our 20s.  We’ve been married 26 years, so when we got married, my wife had a daughter — my stepdaughter; she was five. So from the beginning of our relationship, there were kids involved and we were raising kids 26 years. And then a year and a half ago, when our youngest left the house, we were like, ‘Oh wow, this is new and unexpected,’ and we decided to move back to New York, back with the band again, and back doing a lot of other creative things … So we feel like we’re back in our 20s, going to shows, going to the movies, whenever we want, being spontaneous, being creative again.

KB: In your season of The White Lotus, your character takes a vacation with his father and son. Have you ever traveled with an elderly parent?

MI: My mom came to stay with us a couple of weeks ago, and we took her around New York a bit. I got to take my mom to London once for a film premiere, which was really spectacular and fun. I’ve taken my kids back to Italy a couple of times. We went for a Christmas once and saw all these relatives that I had never met and it was really amazing. Those ties are very important to Italians, I think, more than they are to Americans. There’s something that they really honour about the fact that you’re related, even though you’re not Italian and don’t live in Italy. They’re warm and appreciative and kind. So that was pretty special.

KB: You shot The White Lotus in Sicily. What a beautiful place to go to work.

MI: I’ve been to Sicily before and some of the locations I’ve been before. I go to Italy quite frequently and love it. Obviously, my family’s from there, so I have that connection as well. For me, it was just heaven, as was the work itself, the material, the other actors, Mike White, who wrote and directed it. That was a dream gig.

KB: Did you have time to explore while there?

MI: I did, but the first couple of months I didn’t; I was working a lot. We were in Taormina, which is a popular tourist spot, but it’s small. When we were first there, the end of February, it’s a seasonal place, so it wasn’t until Easter that tourists really started coming, so we had this little town to ourselves. The first two months the whole cast and crew was living and shooting in the San Domenico Palace Hotel, which was a convent built in the 1400s and then turned into a hotel. And then, because there’s different stories (to shoot), there would be some downtime and we would take some weekend trips to Palermo or Siracusa or some day trips to Catania. The last few weeks I didn’t have a lot of work — but I had to stay because I did have some work — so we were traveling around Sicily. We had left Taormina, which we were there for almost three months, and most of the time I wasn’t really working, which was amazing. So going to Cefalù and Palermo and Noto and just wandering around, and in and out of museums and cafes and stuff.

KB: Some people, at this stage of life, long to retire. But your jobs are pretty cool — acting and playing in a rock band.

MI: I worked with F. Murray Abraham, who played my father in The White Lotus, who (was) 82 and as sharp and as good as any actor I’ve worked with. So after working with him, the argument for retiring just went completely out the window because he shows zero signs of slowing down. Here’s someone 82, still at the top of his game. He memorizes Shakespeare sonnets in his spare time to keep his mind sharp. He knows like 50 by heart. He knew the whole script before we started shooting. That inspired me a lot. Because I’ve thought about it. I’m like, ‘Am I gonna do this? Is there a point where I’m gonna just walk away?’ And then after working with him, I’m like, ‘Oh, wow. Yes.’

Season 2 of The White Lotus is streaming now on Crave in Canada.

Catharsis in Paradise: From ‘The White Lotus’ to ‘Nine Perfect Strangers’ the Best Pandemic-Era Getaways Are on TV

‘What Ever Happened to Baby Jane?’ As the Film Classic Turns 60, Exploring the History of Hagsploitation Films