As Tom Hanks Plays a Loveable Grump in ‘A Man Called Otto,’ We Revisit Our Favourite Big-Screen Curmudgeons 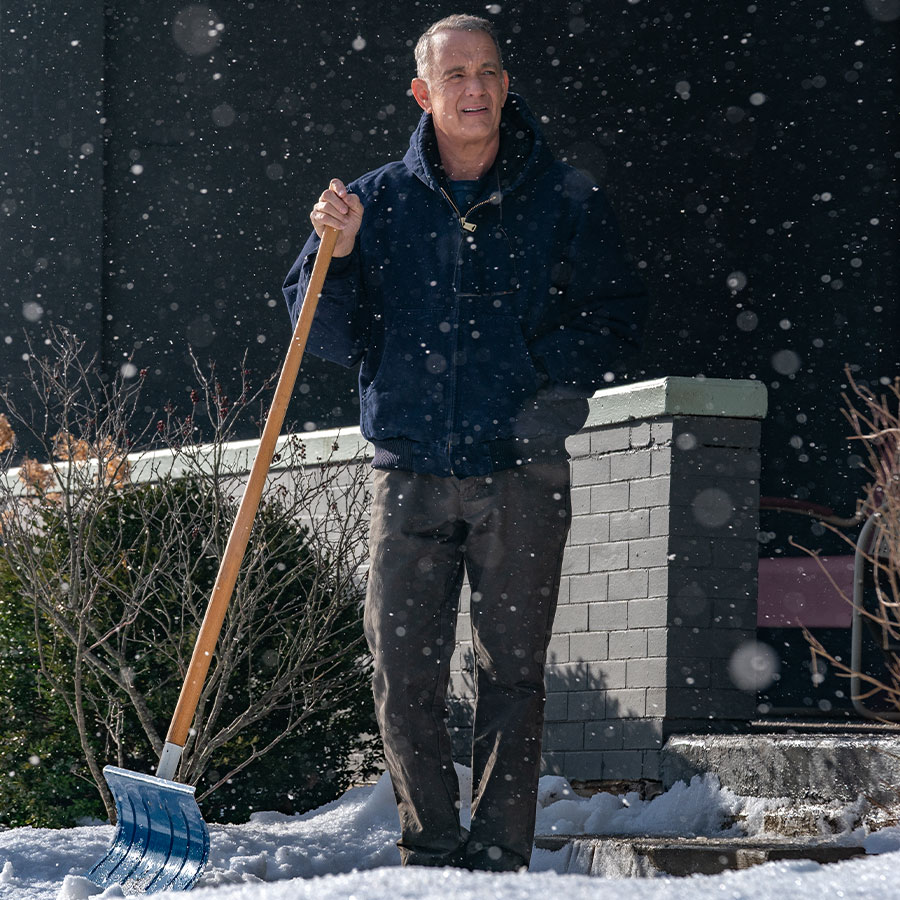 Two-time Oscar winner Tom Hanks, acknowledged as one of the nicest guys in Hollywood, plays very much against type in A Man Called Otto (in theatres January 13). Based on Swedish writer Fredrick Backman’s 2012 international bestseller (and subsequent movie adaptation) A Man Called Ove, the heartwarming dark comedy about redemption features a pragmatic and irascible recent widower in his 60s whose bereavement and exasperation make him suicidal.

Otto is obstinate and impatient with acquaintances and strangers alike while making his rounds of the neighbourhood, constantly muttering that everyone’s a moron or an idiot. His every attempt at suicide is thwarted by malfunction or interruption, the latter often from a quirky new neighbour who sees through his façade. He’s the curmudgeon next door but, beyond the scowl, there’s a heart of gold that’s slowly, predictably revealed through unlikely friendships (and with the help of a gorgeous stray cat).

With Hanks, 66, in the lead, the cinematic version of the tale has (naturally) been nicknamed “Forrest Grump,” and it transposes the story from Sweden to a tidy street in modern-day Pittsburgh, with updated tweaks in both the nature of supporting characters and plot points (there’s a trans character, for example, and Otto rails against predatory real estate developers). It’s also something of a family affair: alongside wife Rita Wilson, 66, (who also wrote and performs “Till You’re Home,” the movie’s theme song), Hanks is a co-producer of the movie and it features their youngest son, Truman, as a young Otto in flashbacks that reveal the misanthrope’s backstory.

If you need a good cry, this predictable tear-jerker delivers. But Otto is just the latest in a long line of older big screen curmudgeons who’ve kept us entertained over the years. Here are a few of our favourites.

A Man Called Otto is originally a darkly comic Swedish novel that comes out of a tradition of darkly existential (and screamingly funny) stories about irascible elderly loners. The Scandinavians have a whole cottage industry of black comedies featuring angry old men. Start with this Icelandic gem from 2015 about warring sheep-farming brothers who live on adjacent land but haven’t spoken to one another in more than 40 years and are forced to collaborate to save their farms. (It won a major prize at Cannes.)

Late-career Eastwood is the emblematic “Get off my lawn!” grouch, shaking his fist at the sky as a man angry at injustices and/or the state of society. In both these movies Eastwood, now 92, is as unsentimental as it gets, playing a widowed Korean war veteran and a nonagenarian drug cartel courier, respectively. His arthritic vigilantes are all the more credible, because Eastwood folds into his characters the past glory of his outlaws in Dirty Harry and Unforgiven.

For this moving performance in his final film, Fonda (then 76) became, at that time, the oldest actor to win the Best Actor Academy Award. The iconic 1981 drama centers around his cantankerous retiree Norman’s time at the cottage with wife Ethel (played by Katharine Hepburn) and reunion with estranged daughter Chelsea, played by real-life daughter Jane Fonda. The 1981 drama not only united the acting legend with his daughter on-screen, it worked an eleventh-hour rapprochement of their strained personal relationship before his death the following year.

As elderly next door neighbours (who were once best friends) engaged in a longtime feud, the growling Matthau reprises something of his crank from The Front Page,

while fellow veteran actor Lemmon is perfectly pained and antagonistic. The chemistry between these two former Odd Couple co-stars and great comic actors in the escalating battle of wills — with an assist by Ann-Margret further complicating matters with a love triangle — proved so potent upon its release in 1993 that it spawned a sequel.

There has always been a serrated edge to Murray’s trademark sarcasm. This performance as an aging, world-weary movie star in Sofia Coppola’s 2003 breakout is a showcase of the sour impatience the SNL alumnus honed in movies like Groundhog Day and now-classic holiday movie Scrooged. Finding a kindred spirit in Scarlett Johansson’s young newlywed on location in Tokyo, the veneer briefly falls away to reveal a melancholy loneliness.

Alexander Payne’s elegiac 2013 road movie about a son and his irascible, boozed-addled father’s journey to claim an improbable sweepstakes prize earned the prolific 76-year-old character actor — who had been directed by Alfred Hitchcock, Quentin Tarantino, Sydney Pollack and Hal Ashby — multiple accolades, including an Academy Award nomination for Best Actor. Even before the character’s onset dementia it’s clear he was irrational and ornery, and Dern turns in a performance to rival his unhinged Vietnam vet from Coming Home.

Maggie Smith: The Lady in the Van

Honourable mention must be made for the titular role in the 2015 dramedy (based on English writer Alan Bennett’s memoir) about a mentally ill “old coot” who parked her van  in Bennett’s London driveway and lived there. It’s the culmination of stage and screen actress Smith’s third act of memorable truth-telling contrarians (like Dowager Countess in Downton Abbey). Actresses don’t often get to portray complicated but lovable grumps and instead end up as scary old crones — for more on that double-standard, read my recent Zoomer piece on Whatever Happened to Baby Jane? and the many classic Hollywood actresses relegated to the so-called “hag horror” genre.

You’re So Golden: Our 12 Favourite Red Carpet Looks from the 80th Golden Globes

‘What Ever Happened to Baby Jane?’ As the Film Classic Turns 60, Exploring the History of Hagsploitation Films