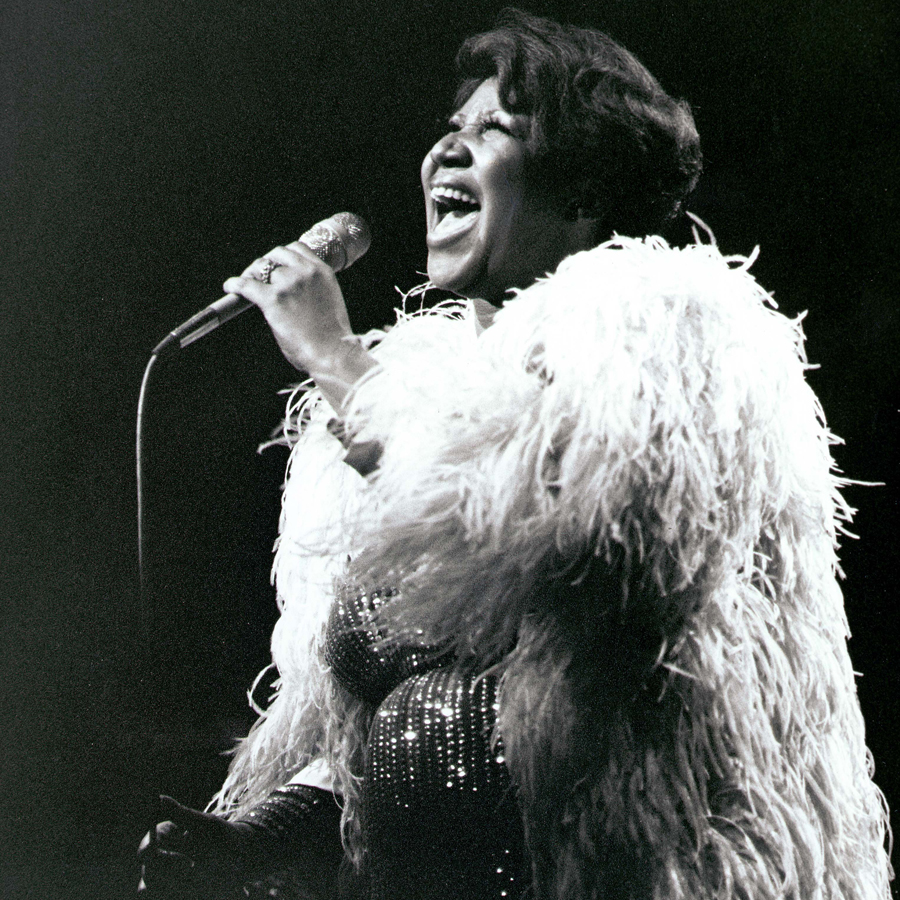 A solo version of 'Never Gonna Break My Faith' by Aretha Franklin, seen here performing in London in 1980, sat on Bryan Adams' computer for 15 years until today, when it was released for Juneteenth. Photo: David Redfern/Redferns via Getty Images

A never-heard-before version of the Bryan Adams-penned song “Never Gonna Break My Faith,” recorded by Aretha Franklin almost 15 years ago, was released today. Written for the 2006 film Bobby, it is a fictionalized recounting of events leading up to the assassination of Robert F. Kennedy, who was shot in the kitchen of L.A.’s Ambassador Hotel on June 4, 1968 after declaring victory in California’s Democratic Party primary.  The song, a stirring ode to resilience through the struggle for racial justice, was first performed as a duet between Franklin and Mary J. Blige and played over film’s closing credits. It was nominated for that year’s Golden Globe for Best Original Song.

Franklin’s solo version, with background vocals by the Boys Choir of Harlem (which you can listen to in the video below), is being released on Juneteenth, the day the United States commemorates  the end of slavery in 1865 (two years after the Emancipation Proclamation), and as echoes of that seismic time in 1968 reverberate in this present day. Kennedy was killed just three months after civil rights icon and Franklin family friend Dr. Martin Luther King Jr. was assassinated in Memphis on April 4. They are tied together in history because of the iconic extemporaneous eulogy Kennedy made for King when he broke the news of his death to a largely Black crowd at what would have been a political rally in Indianapolis. King’s death sparked the Holy Week Uprising, a wave of civil action and protests that roiled over 100 American cities.

The flagrant murder of George Floyd, an African-American man who lived in Minneapolis, at the hands of four police officers on May 25 has unleashed a dam of anger and resistance to the institutionalized, and too often fatal,  anti-Black racism that permeates policing and many key aspects of American life. Since then, daily and in the midst of a pandemic, hundreds of thousands of protesters of all ages and races have taken to the streets in all 50 states in Black Lives Matter protests, as their President, in an election year, stokes racial tension with inciting segregationist rhetoric.

Franklin, who died at 76 of pancreatic cancer on Aug. 16, 2018, was not only the Queen of Soul, but an integral part of the civil rights movement, lending her voice, both figuratively and literally, to the work. As her signature 1967 song Respect became a battle cry for the cause, she appeared at Dr. King’s events and helped bankroll his operations. She sang his favourite gospel song, Precious Lord, at  his memorial service.  Now her voice is once again being heard during a crucial moment in the battle for racial justice still being waged half a century later.

“When I wrote this song, I was channelling Aretha, never thinking that she’d ever actually sing the song,” Adams said in a statement. “The thought was to write a hymn, something that would try and articulate the feeling of faith, and that even though you might have lost something, there would always be an inner light to guide you. When the song was demo’d, I told the producers that Aretha would be the one to sing this – and sing it she did. This solo version has been sitting on my computer for years, and when I heard Clive was making a film on Aretha’s life, I sent this version to him. The world hasn’t heard her full performance and it really needed to be heard. I’m so glad it’s being released, the world needs this right now.”

Clive Davis, Sony Music’s chief creative officer and long-time friend/producer of Franklin, is not only the executive producer of the forthcoming Aretha biopic called Respect starring Oscar-winner Jennifer Hudson, but also National Geographic’s eight-part miniseries Genius: Aretha, starring Tony-winner Cynthia Erivo. Davis has released the song as a collaboration between RCA Records, RCA Inspiration and Legacy Records, all under the Sony banner, and it is available on all digital providers.

“The world is very different now,” said Davis in a statement. “Change is everywhere and each of us, hopefully, is doing the best he or she can to move forward and make change as positive as possible. Music can play a major role here and Aretha’s performance is chilling. When you read the song’s lyric, and its relevance to what is happening today, it will shake every fibre in your body. Everyone should hear this record. It deserves to be an anthem.”

The lyrics to “Never Gonna Break My Faith” are as follows:

My Lord, I have read this book so many times,

But nowhere can there I find – the page – that says

What I experienced today has any grace

Now I know that life was meant to be hard

And that’s how I’ve learned to appreciate my God

Though my courage may be tried, I can tell you I won’t hide

Because the footprints show you are by my side

You can lie to a child with a smiling face

Tell me that color ain’t about a race

You can cast the first stone, you can break my bones

Faith and hope ain’t yours to give

Truth and liberty are mine to live

Steal a crown from a king, break an angel’s wings

My Lord, won’t you help them to understand

That when someone takes the life of an innocent man

Is set the soul free – where it’s supposed to be

You can lie to a child with a smiling face

Tell me that color ain’t about a race

You can cast the first stone, you can break my bones

Faith and hope ain’t yours to give

Truth and liberty are mine to live

Steal a crown from a king, break an angel’s wings

For those we lose before their time

I pray that their souls will find the light

Click here to purchase the song or listen to it on various streaming platforms.

Franklin performed a live, earth-shattering version in 2008 when she was honoured as Woman of Year at Musicares, the Recording Academy’s charity. (Over the course of her career, the academy has also awarded Franklin 18 Grammy Awards as well as the Grammy Lifetime Achievement and Grammy Living Legend awards.)

The following year, she sang “My Country, ’Tis of Thee” at the June 20, 2009 inauguration of Barack Obama, the first African-American President. In 2015 she brought Obama to tears during her epic rendition of “(You Make Me Feel Like ) A Natural Woman” at the Kennedy Centre Honors.

“Nobody embodies more fully the connection between the African-American spiritual, the blues, R&B, rock and roll – the way that hardship and sorrow were transformed into something full of beauty and vitality and hope,” Obama told The New Yorker of that moment. “American history wells up when Aretha sings.”

Especially when it’s trying to summon its better angels in pursuit of a more perfect union.