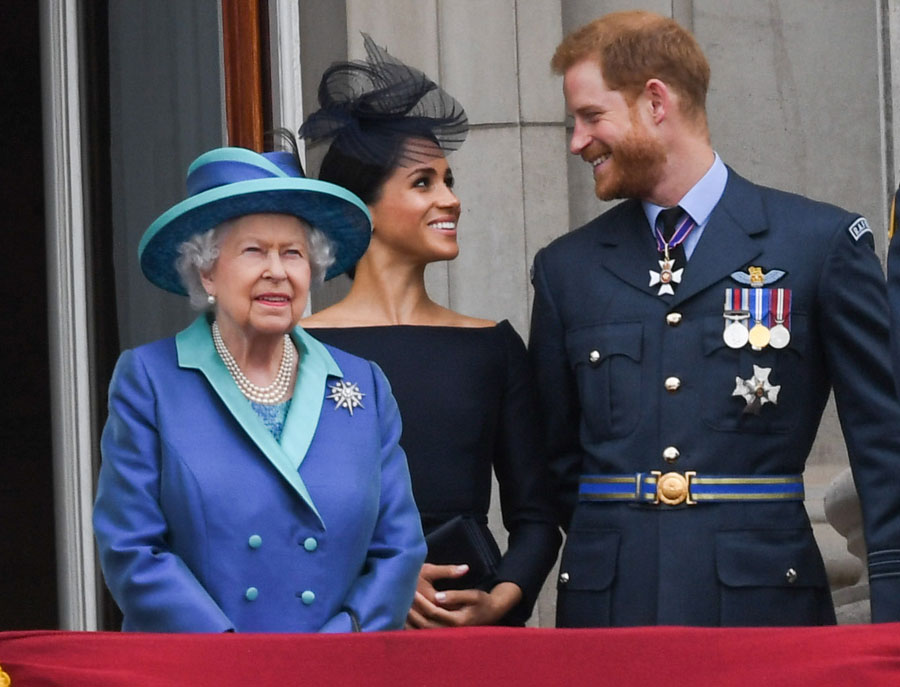 Harry and Meghan said they had been reflecting for months before announcing their transition into a "progressive new role" within the royal institution. Photo: Anwar Hussein/WireImage

Are you Team Sussex or Team Royal?

Like Harry and Meghan, I’m straddling both, a little bit here and a little bit there, but mostly siding with the young family.

I’m cheering for Team Sussex in part because, like Meghan, I was once desperate to escape Windsor and move to Toronto.

Of course, it was Windsor, Ont., not the grounds of Windsor Castle where I was, er, indentured. Let’s just say both Meghan and I were definitely not among the merry wives of either Windsor. And it’s Toronto that beckoned both of us with the promise of freedom, opportunity and a peaceful yet potentially stimulating life.

Too many people are blaming Meghan, but I think Harry recognized from the start she was a strong, capable woman who wouldn’t get sucked into the same stultifying existence that destroyed his mother and, in the end, she could rescue him.

I’d bet, too, that it was Harry, not Meghan, who pushed for the leap out of the royal fishbowl, a gut instinct triggered by the birth of his son combined with the loss of his mother.

Now there’s chatter about how Team Sussex was given a healthy push by Team Royal and perhaps left with no alternative. First, his father, Prince Charles and his brother, Prince William, second in line to the throne, made it clear they want to streamline the monarchy to direct heirs and their families, excluding “spares” like Harry.

Then the Queen marked the start of the new decade with a formal photograph of her and the first three heirs to the throne – four generations of royals – from great-grandmother Elizabeth II to young Prince George. Team Sussex was reportedly miffed at being excluded.

As well, the Queen’s Christmas address to the nation featured her at a desk with a large framed photo of William and Kate and their kids, but no sign of Harry and family, even though it was baby Archie’s first Christmas.

Then there was a Page Six report in April 2019, just before Archie was born, that was headlined: “Royals reportedly want Harry and Meghan ‘as far away as possible.’

“In some ways it would suit William to get his brother out of the country for a few years and Meghan as far away as possible,” one friend of the brothers said.

There was talk at the time of sending them to Africa in some official capacity. Meghan was already too well known in Canada and Hollywood was too accessible, it was suggested.

“But going off is not necessarily what Harry and Meghan want,” an insider told Page Six. “Indeed, they see their move from Kensington Palace to Frogmore Cottage on the Windsor estate as much an exile as an escape.” According to another anonymous Team Sussex ally, “Meghan and Harry feel they have been cut adrift.”

That was almost a year ago! No wonder they have been plotting a way out before being kicked out. Or “harnessed.” One Team Royal palace insider told the Times of London in April, “There are discussions in palace circles about: how do we harness Harry and Meghan?” As for consulting the Queen, it appears they returned to England to do just that — stopping by Canada House was a nice touch, but likely not the reason for what turned out to be a very quick trip for Meghan.

It’s been reported that Team Royal courtiers blocked a meeting between Henry and his grandmother. So with Archie back in Canada with his nanny and Meghan’s BFF Jessica Mulroney, and the new Sussexroyal website ready for take-off, it was time for lock and load. Go, Team Sussex!

But what about Team Royal? Here you have a 93-year-old conscientious, stalwart sovereign who has kept the monarchy flourishing into the 21st century against all odds, and is desperate to maintain it for her heirs, against even stronger odds.

She’s already had to practically banish her wayward second son, Andrew, who is reportedly her favourite, because of his scandalous association with U.S. sex trafficker Jeffrey Epstein, with possible criminal charges still looming for the Duke of York.

And she is facing the imminent loss of her 98-year-old husband of 72 years, Prince Philip, who was hospitalized before Christmas.

There’s a strong feeling that Elizabeth doesn’t deserve to have to deal with young royals going rogue right now, with all the awful fallout, the blame and shame.

I’m also with Team Royal to a certain extent because Meghan should have known what she was getting into when she married Harry. And that it’s almost impossible to get out without great difficulty, maybe even drastic consequences — as happened to her late mother-in-law, Diana. (Elizabeth’s ancestors might even have sent her to the Tower, or gasp, the chopping block.)

Remember, Harry’s two previous serious relationships ended because neither Chelsy Davy nor Cressida Bonas (also an actress) could face the cloistered role of being Harry’s wife.

And for those who point to Kate Middleton’s toeing the line and accepting the rules and regulations and dictates — and pantyhose — of the Royal Family, there’s an incomparable difference between her path and Meghan’s. Kate will be Queen, a defined, revered role; Meghan has no such role.

But there’s one more, admittedly personal reason for snubbing Team Sussex. The Sussexes no longer want the established British media to have access to them or their activities.

Instead, they announced that they will now be working with “up-and-coming journalists.”

As a journalist of 50-plus years, who has covered the Royal Family’s visit to Winnipeg in 1970 and was admonished by Prince Charles for taking notes on how he was eating a hotdog (it was messy!), I can’t approve of this effort to control the media.

And besides, it’s ageist!

That said, my fervent hope is that, in the end, it’s somehow a win-win for both Team Sussex and Team Royal.

Royal Reset: What’s Next as Megan and Harry Step Away from the Palace?