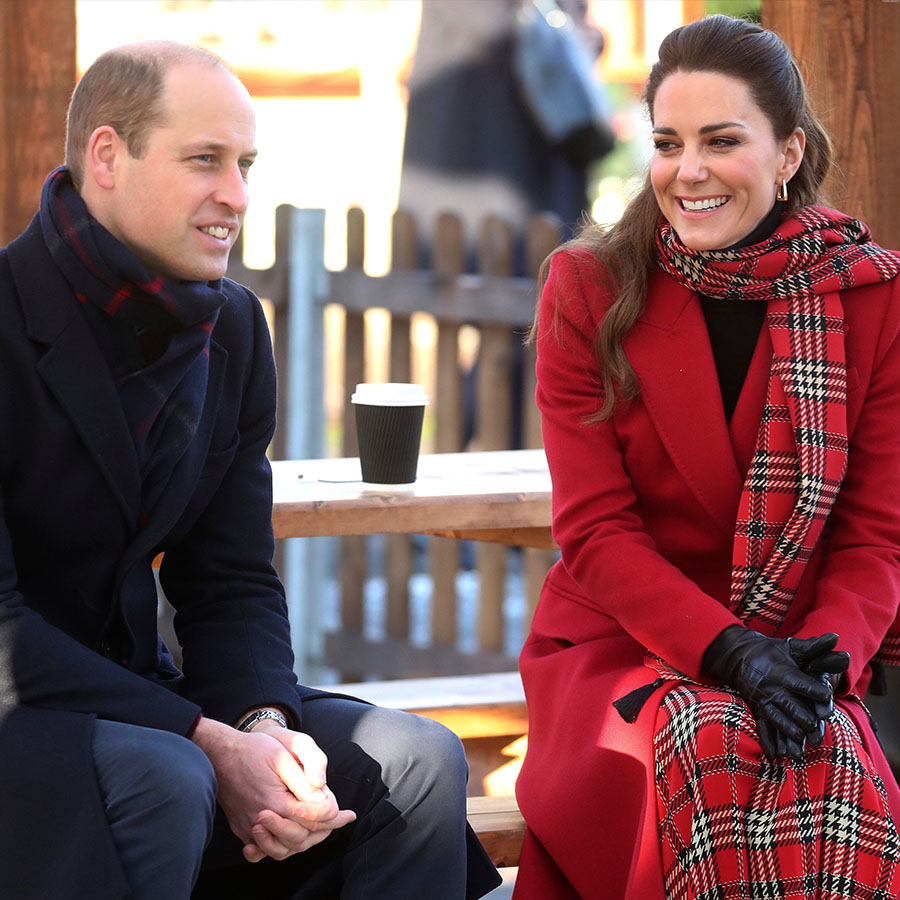 The Duke and Duchess of Cambridge are keeping with their festive tradition of sending out personalized Christmas cards featuring a photo of the family. Typically, they send cards to thank organizations they’ve worked with throughout the year. Photo: Chris Jackson/Pool via AP

Royal watchers were in for a treat this past weekend when a new holiday card from the Cambridges made the rounds on social media.

The card, which features a seasonal photo of Prince William, Duchess Kate and their three children — Prince George, 7, Princess Charlotte, 5, and Prince Louis, 2 — shows the family posed outdoors. As per usual, the royal children are all adorable, but little Prince Louis (seated centre), who appears to be caught mid-laugh in the photo, steals the show with his delighted smile.

“A Cam photo extravaganza today! Their Christmas card pic has been shared on social media,” Elizabeth Holmes, author of HRH: So Many Thoughts on Royal Fashion, wrote in a post on her Instagram story, along with a photograph of the Cambridge family’s 2020 Christmas card. “Hoping we get an official release of the high res (we didn’t last year tho).”

National Health Services (NHS) staff were among the recipients on Prince William and Kate’s Christmas card list this year, according to Hello magazine. ”To all the amazing NHS staff,” the Duke and Duchess reportedly wrote in a card to essential workers, which they both signed. “Wishing you a very Happy Christmas and New Year.” Also, as reported by Hello, Will added a personal note: ”We can never thank you again for all the dedication and sacrifice you have had to make this year. We will be forever grateful.”

In recent days, the Cambridge family made a surprise red carpet appearance at London’s Palladium Theatre for a pantomime performance held in honour of essential workers from NHS staff to delivery drivers, trash collectors and emergency services personnel and volunteers. It was the royal kids’ first public appearance in months. “It is the least we could do to thank you for everything you do—day in, day out—to keep our country safe and look after those who need help the most,” Prince William said in a speech before the event.