From Chatting ‘Cruella’ With Emma Thompson to Fashion Diplomacy, All the Details on William and Kate’s Royal Tour of Scotland 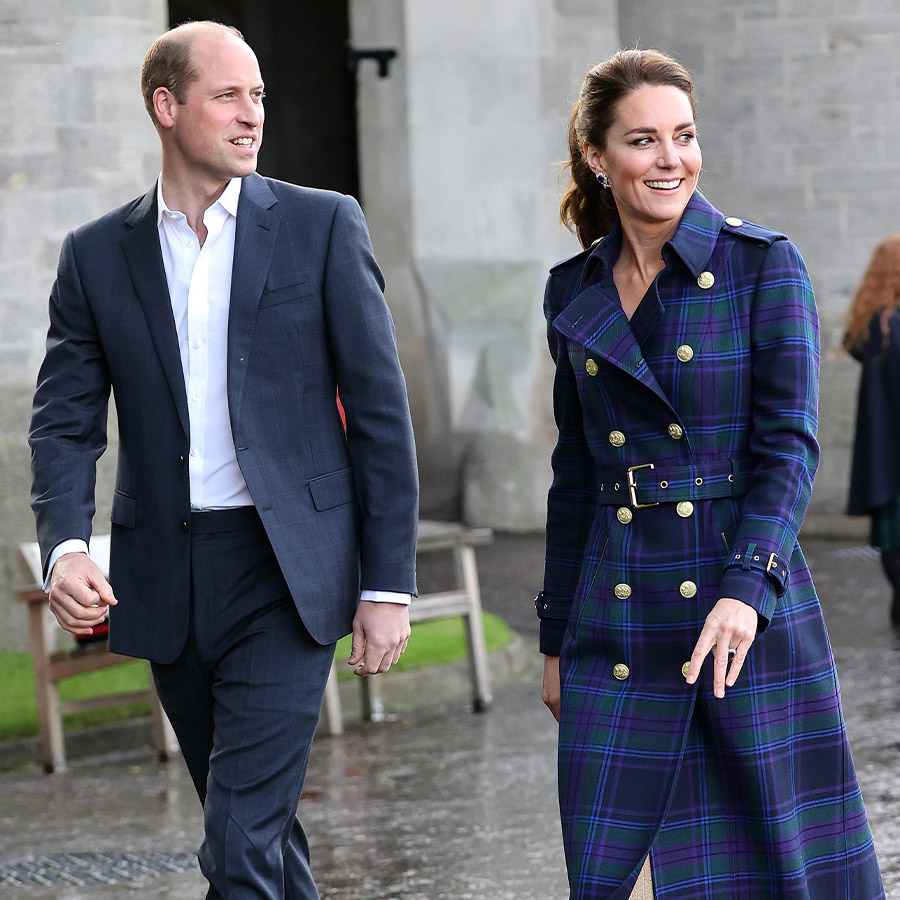 The Duke and Duchess of Cambridge hosted NHS staff at a unique drive-in cinema to watch a screening of Disney’s ‘Cruella’ at the Palace of Holyroodhouse on May 26, 2021. Photo: Chris Jackson/Getty Images

The Duke and Duchess of Cambridge took in the sights of Scotland for their first royal tour of 2021.

It was a charm offensive that was more politically fraught than usual. Scotland’s pro-independence parties, who want a referendum on independence, won a majority in the Scottish parliament on May 5, and polls show the public is evenly split on the issue. And there’s nothing like the appeal of young, attractive royals to sway sentiment to the side of a United Kingdom that stays united. As well, for Kate and William, it was a welcome (and needed) distraction from the recent bombshells aimed at the Royal Family from California. So there was plenty of purpose underpinning all the smiles.

William, who is Lord High Commissioner to the General Assembly of the Church of Scotland — a title which was bestowed upon him by the Queen earlier this year — was joined a few days into the tour by Kate as they visited a variety of charitable organizations across the country, which target issues such as mental health, homelessness and addiction.

As they made their way around Scotland, the ever-poised royals made themselves accessible to young and old, celebrities and front-line health workers alike.

To honour National Health Service staff and other front-line workers for their efforts during COVID-19, the couple hosted a special drive-in screening of Disney’s new film, Cruella, on Wednesday at Holyrood Palace in Edinburgh. Poignantly, Kate and William arrived at the event in a Land Rover that once belonged to the late Prince Philip.

Ahead of the event, the Duke and Duchess chatted via video with the two Emmas — Thompson and Stone — who star in the film.

“Nice to see you, darling,” Thompson, 62, greeted Prince William as they started the call. The actress, who is a friend of Prince Charles, has known William since he was young.

During their conversation, Stone, 32, recalled one of her favourite memories of shooting the film in London, when she rode a motorcycle around the mall outside of Buckingham Palace wearing  a “crazy outfit” for her role. William replied, jokingly, “We should have had you stopped, Emma, it’s very dangerous.” Thompson’s funny memory involved having to board a crowded subway car while wearing the huge wig she donned in the film, when a protest blocked their car from getting where they were shooting in Covent Garden.

In response to these lighthearted anecdotes, William spoke about being “propositioned” by nursing home resident Betty McGee, 96, during an engagement earlier in the week. The nonagenarian had asked for a customary kiss on the cheek, to which the royal said he was forced to decline due to “inappropriate social distancing.” Not to be deterred, the senior said, “I’ll have you afterwards then.”

Kate replied, jokingly, “Is this what happens when I’m not around?”

Cruella, which is set to be released in the U.K. and Canada on Friday, was made available for the screening two days before the film’s premiere date.

On Thursday, the Duchess of Cambridge hosted an afternoon tea for a young cancer survivor, Mila Sweden, and her family at the Palace of Holyroodhouse, Queen Elizabeth’s official residence in Edinburgh. The 5-year-old — who is featured, along with her father, Scott, in the duchess’s newly released book Hold Still: A Portrait of Our Nation in 2020 — recently spoke with the duchess as part of the photography project. During the call, when Kate discovered the youngster was partial to princess dresses and preferably in pink, she told Mila that if they were able to meet, she’d wear her favourite colour. And, true to her word, the duchess delighted the child by wearing a stunning pink ME+EM dress.

Royal fashion watcher extraordinaire, Elizabeth Holmes, called Kate’s fashion diplomacy “a double-breasted tour de force” on her popular Instagram account So Many Thoughts. Holmes also mentioned that Kate wore ten outfits over the course of four days, pointing out this could be a record for her.

In the Footsteps of Prince Philip

As part of the tour, the couple visited a small community park, Starbank, which has been transformed in recent years, as they supported the charity Fields in Trust and took the opportunity to engage with young royal fans. The charity’s mission is to protect parks and green spaces while providing access to them. Prince Philip, William’s late grandfather, had served as president of the organization, before he passed the role onto William.

A Return to St. Andrew’s

William and Kate first met 20 years ago while they were both students at the University of St. Andrews. During the tour, they made time for a romantic wander down memory lane with a lunch of fish and chips and ice cream from their favourite takeaway when they were students.

Prior to lunch, they headed to the beach to join a session of land yachting — a sport where a wheeled vehicle is powered by a sail — with the assistance of the Fife Young Carers, which supports young people in the community who are looking after family members with a disability or challenges with addiction or mental health issues.

“I Am Shaped by This Place”

The duke and duchess wrapped up their trip with a ceremony of the General Assembly of the Church of Scotland. In his closing remarks, William said: “Catherine and I came here to listen, so we might learn more about your challenges. But also, to learn of your hopes and aspirations, so that we may serve alongside you with the combination of humility and conviction that speaks so powerfully to us. I am shaped by this place.”

Earlier in the week, William spoke to the assembly about his personal connection to Scotland, saying it “will always have a special place in my heart. I’ve been coming to Scotland since I was a small boy … As I grew up, I saw how my grandmother relishes every minute she spends here. And my father is never happier than when walking among the hills.”

William had been at the Queen’s Balmoral estate when he was told that his mother, Princess Diana, died on Aug. 31, 1997. “Still in shock, I found sanctuary in the service at Crathie Kirk that very morning,” he said. “And in the dark days of grief that followed, I found comfort and solace in the Scottish outdoors. As a result, the connection I feel to Scotland will forever run deep.”