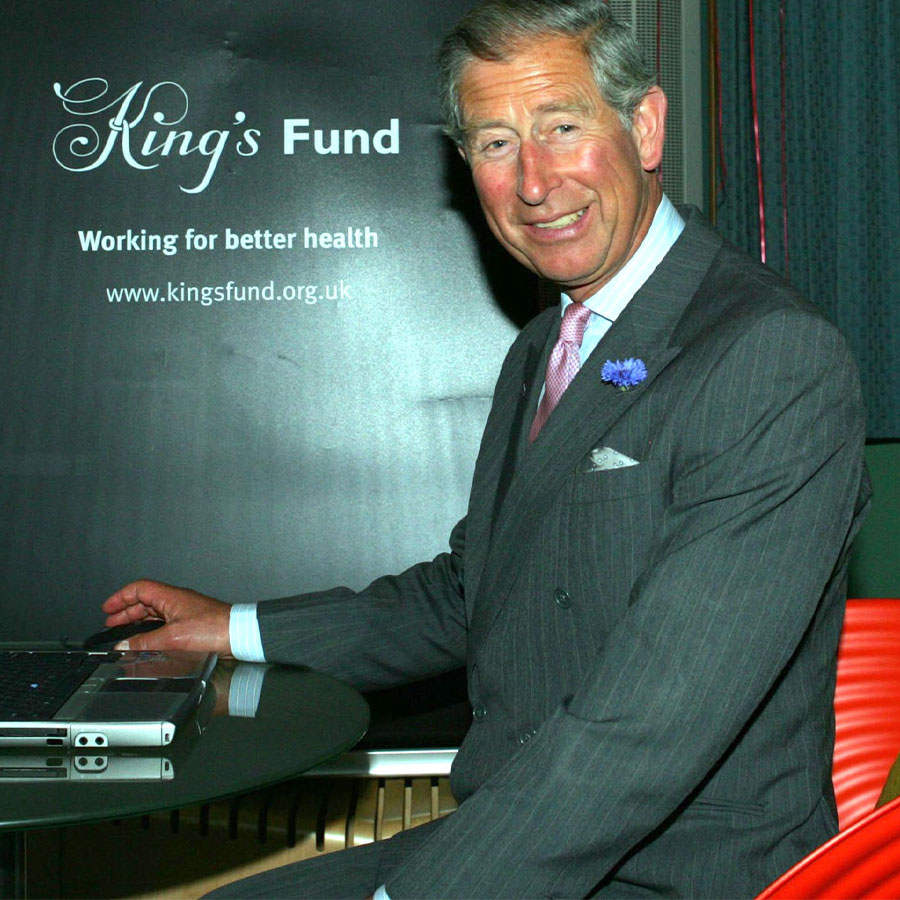 King Charles, then The Prince of Wales and President of The King's Fund, at the launch of the fund's website in 2005. Photo: Anwar Hussein Collection/ROTA/WireImage/Getty Images

After the Queen’s death, her son not only inherits her role as monarch and a significant fortune. King Charles III will also like take on most of the more than 600 charity patronages previously held by Elizabeth II. And as for the patronages Charles held as Prince of Wales, these will likely pass to his son Prince William, who now holds that title.

The monarchy has engaged in patronage, for altruistic and broader reasons, for approximately 900 years. Patronage has been, traditionally, a vehicle for those in power to exercise, cultivate and entrench their power. By dispensing patronage the patron is able to ensure that they are involved in various worthy projects and are seen to contribute to the betterment of society.

But patronage is not just a vehicle to gain positive press coverage. The benefits of patronage can be summed up in what I’ve termed in my research the “patronage bargain”, referring to the positive qualities that arise from the relationship.

These benefits, such as obligation, reciprocity, responsibility, dependency, kudos and indebtedness, give the patron a sense of duty and purpose. These features have been a hallmark of the patronage relationship from the 17th century through to today’s royal patronages.

Being the patron of a charity has long been a tradition for British royal family members, who in total are patrons of over 3,000 organizations.

Charity patrons shouldn’t be confused with donors, as they typically give their time for free and money does not change hands. They are figureheads appointed to a titular position with no legal responsibility and no formal power, at least internally within the charity.

Externally, however, patrons help attract funds, publicity and attention from the public. In addition to royalty, members of the aristocracy have also lent their names to charitable activity, as have celebrities, naturalists, philanthropists, religious leaders and many others.

King Charles was, as the Prince of Wales, patron of over 420 charities. Umbrella-like management structures are required to administer so many charitable commitments. The Prince’s Trust and The Prince of Wales’s Charitable Fund fill this role, and have amassed some colossal sums for charitable purposes. This includes raising approximately £140 million a year for good causes and adding approximately £1.4 billion to the UK economy in the last ten years.

Economies of patronage have existed for thousands of years, with the aristocracy, marketplace, and church all fulfilling some patronage role at various points in time. Derived from the Latin fautor (one who gives support), patronage broadly conceived includes supportive and protective behaviour. In the case of royal patronage, the patron lends their name and status to help enhance the charity’s reputation.

The evolution of patronage over time also shows us how wealth has moved between groups in society. In the 17th century, rich patrons including aristocrats and merchants supported writers financially.

In the early to mid 18th century, the arts — poetry, painting, music, sculpture and architecture — benefited greatly from the support of aristocratic patrons. So much so that the Earls of Bathurst, Burlington, Pembroke, Leicester, and Oxford were known as the “Earls of creation”.

There is also a tradition of passing on patronages. When Prince Philip died in 2021, some of his 992 patronages were redistributed to other members of the royal family, while others were retired, meaning organizations lost their royal patron.

When Prince Harry and the Duchess of Sussex stepped back from royal duties, their patronages were returned to the Queen to be distributed among working royals, though the couple kept a number of personal patronages as part of their Dukedom of Sussex work. And when Prince Andrew lost his military titles and patronages, his charities too lost a royal figurehead.

In demonstration of the significance of the patronage bargain, after losing their patronages the Sussexes noted: “We can all live a life of service. Service is universal.” This suggests that patronage isn’t just something royals do to look good – it’s something that brings them value as well.

In giving up his royal patronages, the Duke of Sussex expressed personal loss. The position was valuable to him for personal and professional reasons. This shows that patronage is not a one way street. Both parties benefit from the relationship. These benefits will be front of mind for charity clients and their potential “protectors” as the royal patronage deck is shuffled once again.

Diana’s “Travolta” Dress Sold to British Charity For More Than $450,000