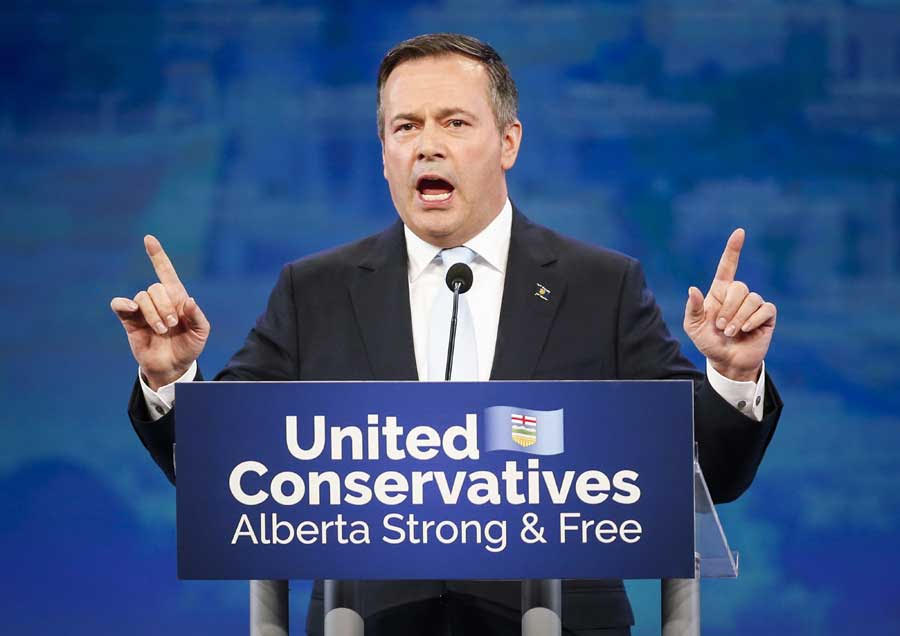 New Alberta Premier Jason Kenney will focus his efforts on improving the economy and battling the carbon tax. (Photo: The Canadian Press/Jeff McIntosh)

Last night’s overwhelming victory by Jason Kenney and his United Conservative Party in Alberta elections not only returns a right-leaning government back to power in the province but also sets up a major showdown with Justin Trudeau over the Liberal’s controversial carbon tax.

Kenney, 50, who was a key architect of Stephen Harper’s majority governments, secured victory by capitalizing on the anger and anxiety Albertans are feeling over their battered economy. With low oil prices causing high unemployment and crippling the housing market, Kenney was able to convince voters that his opponent, outgoing NDP Premier Rachel Notley, did not have what it takes to steer the province out of its economic malaise.

“Albertans have elected a government that will be obsessed with getting this province back to work,” Kenney said  at his victory party, saying he’ll use his mandate to get stalled pipelines built.

While controversy dogged several UCP candidates during the campaign, it wasn’t enough to put a dent in the UCP, which only came into being in 2017 when the old Progressive Conservative and Wildrose Party joined forces. Last night’s election  was never in doubt — the UCP won 55 per cent of the popular vote, giving the party a massive majority — 63 to 24 seats.

Besides focussing on getting the economy back on track, it’s likely that Kenney will join Ontario Premier Doug Ford and federal Conservative leader Andrew Scheer (with support from Saskatchewan Premier Scott Moe) as loud opponents to Prime Minister Justin Trudeau and his carbon tax. All three leaders are aggressively opposed to the carbon tax and will likely form a three-pronged unit attacking not only the Liberal’s environmental policy, but the Prime Minister himself.

Trudeau will undoubtedly shape the debate as an argument between Liberals — who want to do something for the environment — and Conservatives — who don’t. But there’s no telling how much damage he’ll sustain from three visible and vocal opponents, all of whom share a common goal. As the Globe and Mail’s Campbell Clark observes: “When Mr. Trudeau talks, he’ll have two prominent premiers shouting. They might drown him out.”

Notley, who was gracious in defeat, said the people of Alberta had spoken.

“My friends, four years ago Albertans hired us to do a very big job, at a very difficult time,” she said. “We did that job with purpose. And we did it with integrity.”