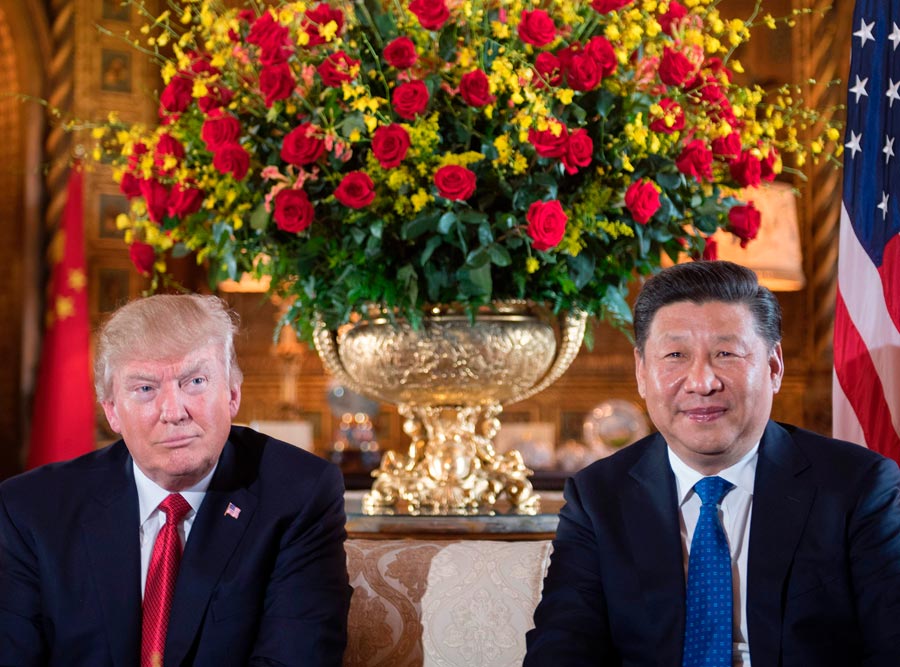 Just when everyone started feeling pretty confident that the U.S. and China were about to sign off on a new trade deal ending the tariff war between the two countries, the agreement fell apart. President Donald Trump started a binge of odd tweets, all of which culminated in today’s stock market plunge.

Instead of trade peace between the two economic giants, the tariff war is back on, with no end in sight. On Friday, after saying that China had “backed out” of an agreement, President Donald Trump increased tariffs on $200 billion in Chinese exports from 10 to 25 per cent.

The stock market, which had already built in the price of a deal, tanked by more than 400 points on the President’s word that the agreement had fallen apart. The ongoing trade war between the two nations will have negative effects on Canada as well. An article in the Globe and Mail suggests that a global trade war could cause a 0.8 per cent drop in Canada’s GDP and 150,000 lost jobs.

As if this wasn’t enough, the President poured fuel on the fire, threatening that  “China should not retaliate-will only get worse!” So it was no surprise that, instead of coming back to the bargaining table, Chinese President Xi Jinping ramped up the trade war today by saying his country will raise tariffs on $60 billion worth of U.S. goods on June 1. The President live-tweeting the whole process is not helping. Not only is he publicly embarrassing his negotiating partner (a strategy he used time and again in the Canadian trade and tariff dispute) but he’s also sending conflicting messages to the stock market, causing it to plummet on every negative tweet.

Chinese state television downplayed the effects tariffs will have on its economy. “It’s no big deal. China is bound to turn crisis to opportunity and use this to test its abilities, to make the country even stronger.”

The U.S. President’s follow-up comments to reporters after the breakdown of negotiations was typical of Trump: blustery and bewildering. “It’s an alternative I’ve spoken about for years. We’ll take in well over a hundred billion dollars a year. We never took in 10 cents from China. And I think it’ll be a very strong day, frankly. But we’ll see.” And when asked about future discussions with President Xi Jinping, Trump said, “Well, he just wrote me a beautiful letter, I just received it, and I’ll probably speak to him by phone.”

This tariff strategy could ultimately backfire as Trump is pinning his re-election chances in 2020 on the strength of the economy. While GDP and employment numbers are strong right now, a prolonged tariff war with China could put a serious dent in those gains.

That’s because the U.S. imports much more from China than China does from the U.S. Therefore, the Trump tariffs will have a long-term effect on U.S. companies. What amounts to a 25 per cent tax on imported goods will be passed on to consumers — and the strategy will soon have a negative impact on the economy.

The President, of course, tweeted that the costs of paying the tariffs by U.S. companies won’t be passed on to buyers, despite the fact that his own economic advisor, Larry Kudlow, said that American consumers will suffer.