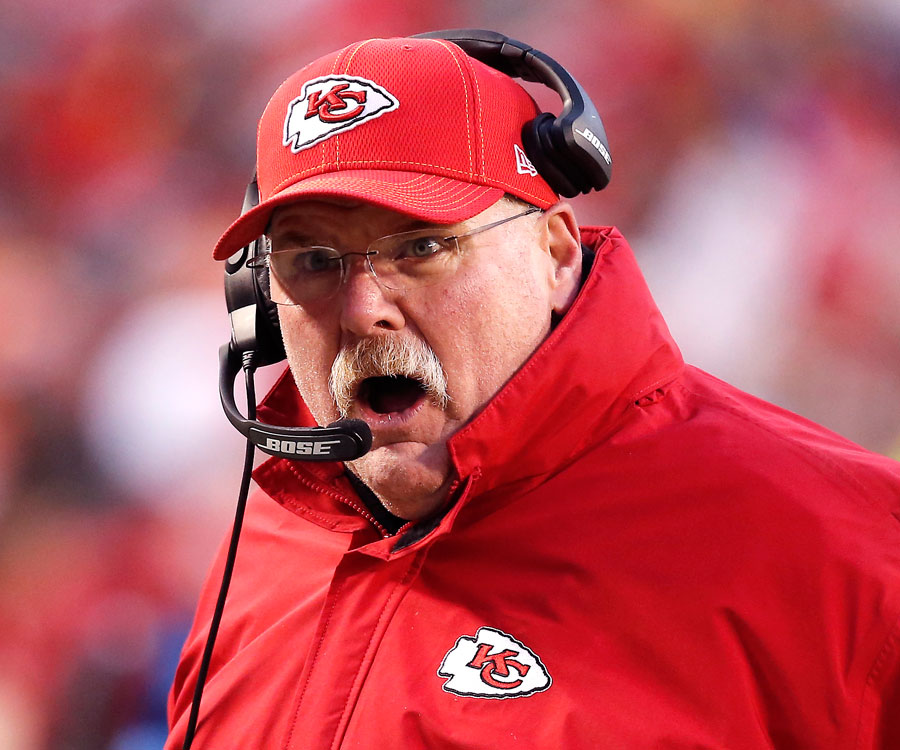 Head coach Andy Reid drew on all of his years of experience to lead the Kansas City Chiefs to a Super Bowl victory. Photo by David Eulitt/Getty Images

Andy Reid, the 61-year-old coach of the Super Bowl champion Kansas City Chiefs, is the happiest man in the sporting world today.

“I’m gonna go get the biggest cheeseburger you’ve ever seen,” he said after lifting the Lombardi trophy. “Might be a double.”

That’s  because Reid, or “Big Red” as he’s affectionately known by his young charges, has been forever carrying around the reputation of never being able to win the big one.

Over the course of a 20-year career as head coach with the Philadelphia Eagles and Chiefs, Reid’s teams have come agonizingly close but were never quite able to make it over the hump. Rightly or wrongly, the blame for these losses have always been pinned on him, whether it was questionable coaching strategies or poor clock management.

There has even been recent whispers that Reid had lost touch with the game and its young players. Narratives of him being “the best coach never to win a Super Bowl”; “a playoff choker” and “too old to change” began to circulate in some media circles.

Reid slayed all of those demons yesterday, guiding his superstar Patrick Mahomes and the rest of his team to a 31-20 victory in Sunday’s Super Bowl. And not only did the old coach silence his critics by coming out on top in the big game, but the victory tasted that much sweeter because it came against a much younger opponent — 49ers’ 40-year-old head coach Kyle Shanahan.

In the days leading up to the Super Bowl, the same sportswriters who wrote Reid off as “choker” breathlessly referred to Shanahan as “great young mind”; “a next-level genius” and a “true leader” who could relate to the younger players who dominate the NFL. Most felt that Shanahan’s grasp on modern-day football tactics would see him out-coach the old cheeseburger-eating walrus on the other sideline.

Instead, it was Reid’s experience and calm presence that allowed the Chiefs to recover from a 10-point fourth quarter deficit and ultimately send the 49ers packing. Even trailing late in the game, Reid never panicked or deviated from his game plan. He built a plan, stuck to it and let young Mahomes do the rest.

While Reid was relying on experience honed by past failures, Shanahan seemed desperately to be trying to live up to his genius billing. Eschewing the opportunity to call a timeout at the end of the first half when the 49ers still had a chance to score had everyone scratching their heads. And later in the game, instead of running the ball (like every 49ers fan in the world was imploring him to do), Shanahan decided to disrupt traditional football thinking and pass. This strategy ultimately cost the 49ers the game — not only did they not move the football but each incomplete pass stopped the clock, allowing the Chiefs time to orchestrate their comeback.

For Reid, this Super Bowl victory will forever alter his legacy. He goes from being a very good coach to a great one. Instead of being a deemed a loveable loser, he becomes a football genius, right up there with Lombardi, Shula, Walsh, Parcells and Belichick. And, perhaps most importantly, he’s no longer regarded as yesterday’s man but has earned his rightful spot as one of football’s most innovative and forward-thinking coaches.

Watching the way Reid celebrated with his team, you can tell there is no generational gap between coach and team. He has their respect, love and admiration: just listen to Mahomes’ post-game comments: “He’s going to be listed as one of the all-time great coaches in history whenever he wants to be done, which I hope is not any time soon.”

Mahomes can rest easy. Reid will be back to try to win another. “I’m really excited,” he said after the game. “You win one, you want to go get another one. We’ll spend a little time enjoying this one and then we’ll get working on the next one.”

And now that he’s regarded as a genius tactician rather than just another old coach who can’t win the big game, it would surprise no one if he chows down on a few more celebratory cheeseburgers before he finally calls it a day.