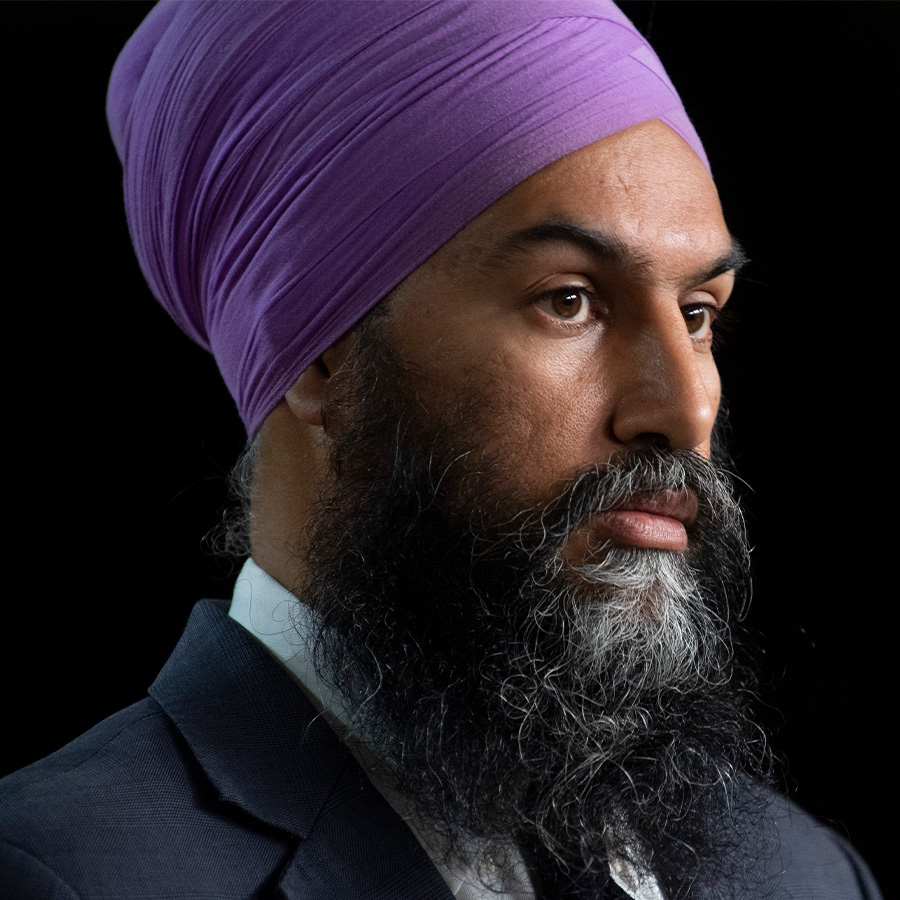 NDP leader Jagmeet Singh said today that the failure of privately run nursing homes to protect seniors during the pandemic has been “heartbreaking” and suggested that it’s time to “remove the profit” from elder care.

Singh, speaking by video conference in his keynote address to the online annual general meeting of C.A.R.P. (an affiliate of ZoomerMedia), said that the loss of life to COVID-19 in care homes across the country during the pandemic has been a “travesty.”

“Millions of Canadians have lost their job, but the most heartbreaking part of this pandemic is how COVID-19 has impacted seniors living in long-term care,” said Singh.

According to tracking from the National Institute on Ageing at Ryerson University, close to 14,000 nursing home residents have died so far in the first and second waves of the pandemic. This represents 68 per cent of the total 21,000 deaths related to the virus that have occurred since last spring.

“Seniors living in long-term care have been ignored,” said the NDP leader. “And for-profit care has made things worse.”

Privately run nursing homes have come under immense fire during the pandemic. Facilities like Roberta Place in Barrie, Ont. (where all 129 residents contracted the virus and 69 died), and Sunnycrest Nursing Home in Whitby, Ont. (where all but one of the 119 residents contracted the virus and 34 died), along with several high-profile media reports are being used to build a case that privately run homes didn’t fare as well as non-profit or publicly funded homes in protecting their vulnerable residents during the pandemic.

Singh suggested the reason for this is that private nursing home operators use a portion of every health-care dollar they receive for profit, whereas non-profit or public homes, which don’t have to worry about pleasing investors, devote all their resources toward care.

“Profit should have no place in our health-care system and especially not in long-term care,” he said. “We need to remove profit from long-term care.”

Feds and Provinces Must Work Together

Besides promoting the model that non-profit and publicly funded nursing homes offer, Singh told C.A.R.P. members that in order to “fix a broken system,” the federal government must develop a national care standard that would apply to all facilities across the country.

A major problem that prevents this issue from being brought forward is that long-term care facilities operate under provincial jurisdiction. And many premiers have expressed an unwillingness to let the federal government move into their territory, even if it means more funding or better standards.

C.A.R.P.’s Chief Policy Officer Bill VanGorder said that this endless game of “ping-pong between the federal and provincial governments” must end and he called on Singh and the other leaders in Ottawa to “play a greater role in setting the tone for improvements to long-term care.” He told the NDP leader that it’s essential that federal regulations and standards are enacted, and that they are both “monitored and enforced.”

While Singh admitted that the turf war between various levels of governments is a reality, he promised that the NDP would work with provinces and stakeholders to ensure there is stable funding to enforce standards, increase inspections and pay workers a decent wage as well as accountability mechanisms to punish care homes that don’t deliver.

He said it’s time to end the ongoing battle between the feds and provinces. “The cost of inaction is too great. This is a commitment and investment we need to make.”

Singh also used his address to make a pitch to older voters, following the lead of other federal leaders who have used the C.A.R.P. AGM in the past as a launching pad for their party’s senior platform.

“It’s an important tradition at the C.A.R.P. AGM that the leaders of the federal parties come to us to offer their ideas of and to discuss their party’s vision for older Canadians,” said C.A.R.P. President Moses Znaimer (founder and CEO of ZoomerMedia), during his introduction to Singh.

In 2014, then Liberal leader Justin Trudeau unveiled his party’s senior platform at the group’s AGM, and went on to win the next election, capitalizing on what Znaimer referred to as the “power of our numbers at the voting booth.” And in 2017, newly minted Conservative leader Andrew Scheer shared his party’s message to older voters, which obviously failed to resonate with older Canadians on voting day.

This year, it was Singh’s turn to make his pitch. Besides criticizing the Liberal government’s vaccine rollout, Singh served up several offerings that his party hopes will attract the interest of older Canadians. These include:

In her study of long-term care around the world, Welsh discussed many game-changing innovations that are taking place in this sector — the most promising being those that “eliminate the loneliness, boredom and helplessness,” which people who live in these facilities often experience.

Welsh expressed optimism that there was indeed “growing interest in making improvements to long-term care” but suggested that change will not be easy.

And she noted that although the pandemic has exposed the flaws of institutionalized elder care, she said nothing will change unless the politicians take the issue seriously. “Is there the political will for change?” Welsh asked pointedly. “That’s the big question.”