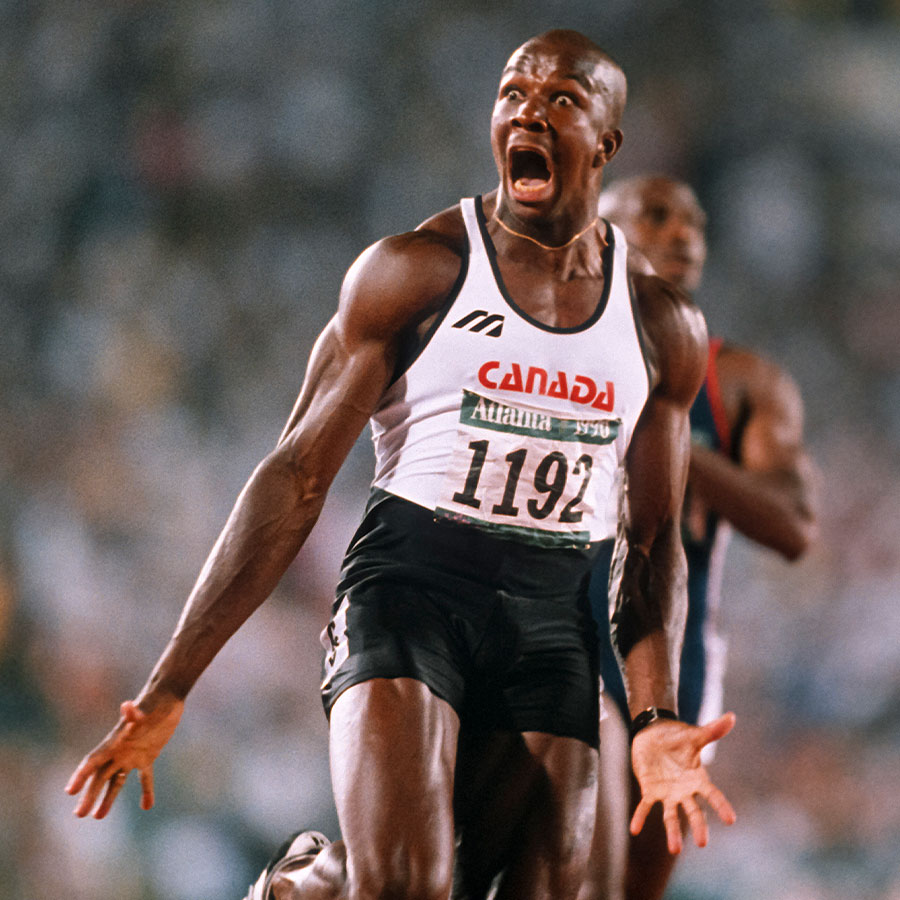 The 2020 Summer Olympic Games are set to officially kick off on Friday and, after a year waiting out the pandemic, Canadian athletes finally have a chance to compete for gold on the world stage.

While most of our greatest Olympic moments have come in the winter games, over the years our summer athletes have provided us with some memorable performances that will never be forgotten.

Let’s take a look at five memorable moments from the past summer Olympics.

The first Canadian to win a gold medal at the summer games came way back in 1900 when George Orton captured first place in the 2500 metre steeplechase event. The win came at a time when athletes did not represent their countries but rather themselves, which is perhaps why this major accomplishment is largely forgotten.

Orton’s path to Olympic glory was certainly bizarre. Born in Strathroy, Ont., Orton fell out of a tree when he was three and suffered a blood clot on his brain that caused him to be paralyzed until he was 10. When he regained mobility, he discovered he had an aptitude for middle-distance running, a talent that took him all the way to the 1900 summer games held in Paris. Despite suffering from a stomach virus and fatigue on race day, Orton somehow managed to win gold in the gruelling steeplechase event. However, his magnificent achievement did not exactly resonate back home. Unlike today’s golden athletes, who parlay Olympic success into fame and fortune, his golden moment was met with a shrug. According to the Guelph Historical Society, “there was no celebration back in Canada or hero’s welcome when Orton sailed home; only a few lines in the Toronto Star recorded the win.”

The sporting world gathered in Montreal as Canada hosted the summer games for its first (and only) time. Queen Elizabeth was on hand to help officially open the games as well as to watch her daughter, Princess Anne, compete as a member of the British equestrian team. The runaway star of those Olympics was Nadia Comăneci, a 14-year-old Romanian gymnast who became the first competitor to ever score a perfect 10.00 in any event, en route to winning three gold medals and becoming a worldwide sensation. While our athletes did not overwhelm the world by our performances (Canada became the first host country not to win a gold medal), we enjoyed one moment of pride when Greg Joy won silver in the men’s high jump in front of 80,000 screaming fans at Montreal’s Olympic Stadium.

Canadian athletes had their best showing ever at a (non-boycotted) summer games in Barcelona. We won 18 medals (seven gold, four silver and seven bronze) and ranking 11th overall, our highest finish ever. Some of the more memorable moments included Mark Tewksbury’s thrilling win in the 100m backstroke and Mark McKoy’s unexpected triumph in the the 110m hurdles. But the real stars of the 1992 games were the men’s and women’s rowing teams. The men’s eight won gold while the women’s team owned the water, winning three of six events. But it was rower Silken Laumann who stole the show and cemented her place in Canadian sports history. Despite the fact she had broken her leg in a training incident several months before the Olympics, and showed up to the games with a cane, she somehow rose to the moment and captured bronze in a thrilling race that will never be forgotten by those who watched it. While it wasn’t a golden moment, her courage, determination and skill perfectly symbolized the true Olympic spirit.

Donovan Bailey’s gold medal at the men’s 100m sprint at the 1996 summer games in Atlanta restored the country’s pride in our Olympic athletes. The team was still living in the shadow of the scandal created by Ben Johnson, who was stripped of his gold medal at the 1988 Olympics after he was caught taking steroids. At the 1996 games, Bailey got off to a slow start in the marquee event but hit full stride halfway through the race and romped home to gold, setting the 100m world record at 9.84 seconds. Years later, he recalled the moment he crossed the finish line in an interview with Macleans:  “Everything was silent and in slow motion. I could see a bunch of guys jumping up and down and waving a Canadian flag.” His look of pure elation and scream of joy as he broke the tape remains one of the top Canadian sporting images of all time.

Over the course of a long and illustrious career as an equestrian athlete, Eric Lamaze has jumped to three Olympic medals, including gold at the Beijing games in 2008. But from our perspective, his finest moment came at the 2016 summer games in Rio, when he became one of Canada’s oldest medal winners ever. Riding his brown mare Fine Lady 5, the Schomberg, Ont., resident knocked down only one rail on his way to capturing the bronze medal at the individual show jumping event. Lamaze’s strong showing proved that older athletes can compete on the world stage. “Confidence in our sport is a huge part of being a rider. It does not matter how old you are or how much experience you have, you have to ride a wave,” he said of his achievement.