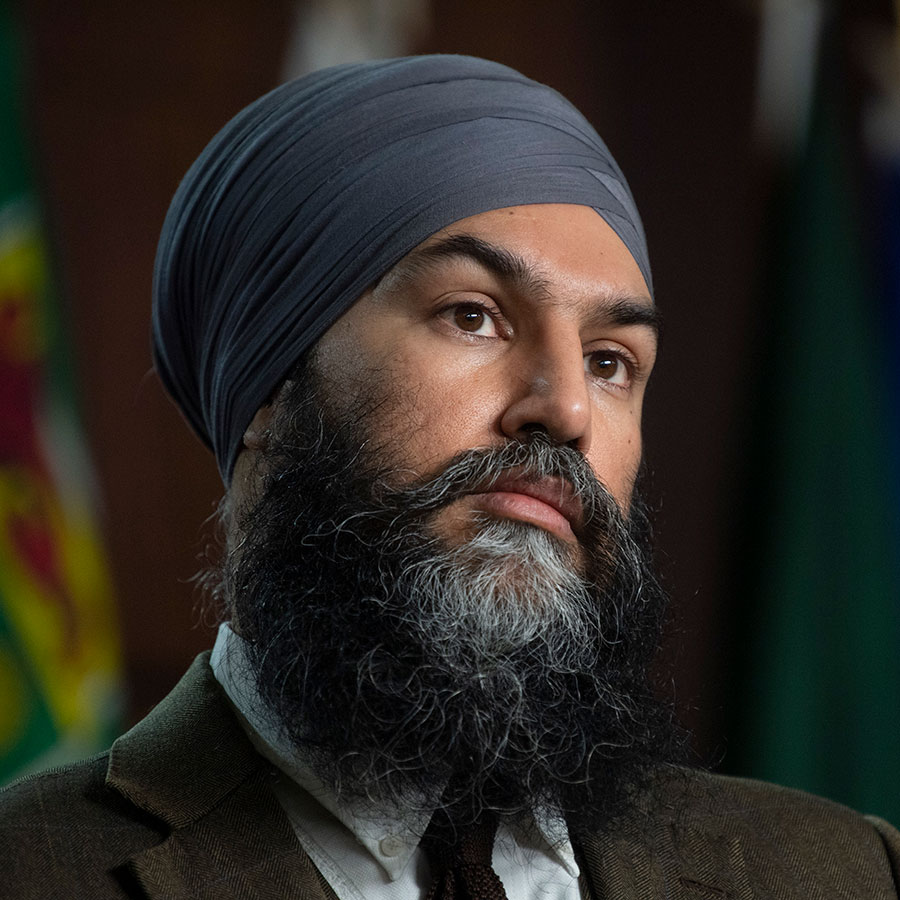 NDP Leader Jagmeet Singh vowed to take the profit out of longterm care if elected during a campaign stop in Mississauga, Ontario. Photo: The Canadian Press/Adrian Wyld

At a campaign stop in Mississauga, Ont., today NDP Leader Jagmeet Singh promised that, if elected, his party would end private, for-profit long-term care homes. He also vowed to remove long-term care from provincial jurisdiction and make it federally regulated.

Speaking to reporters outside the headquarters of Revera, one of Canada’s largest private long-term care home operators, Singh suggested that during the recent pandemic many private homes turned a profit while COVID-19 was sweeping through the facilities and killing many residents.

“It is wrong that for-profits exist in the system,” he said.

“Seniors in long-term care have bore the brunt of this pandemic,” he said. “We need [long-term care] to be publicly delivered. We know the evidence is clear — when it’s public, when it’s not for profit, there are better outcomes, people are better off. We save lives.”

The NDP Leader said funding to long-term care should go to improving staffing and quality of care. “It should not go toward profits,” said Singh. He feels that the disparity in the numbers of infections and deaths was the result of private companies focussing on profits ahead of the well-being of residents, a call he made earlier this year at C.A.R.P.’s annual general meeting.

“Governments and politicians are trying to distract the public from their failure by putting the blame on LTIC operators,” said VanGorder. “There are many examples across Canada where not-for-profits have had worse records than for-profits.”

During the bleakest days of the pandemic, many seniors homes across the country were overwhelmed by devastating waves of COVID-19. The disease caused more than 15,000 resident deaths, according to Ryerson University’s National Institute on Ageing, with the majority in Ontario and Quebec.

One Ontario study from earlier this year found that compared to non-profit long-term care facilities, privately run homes had nearly twice as many residents infected, and 78 per cent more resident deaths.

“I want us to remember how horrible it was,” said Singh. “I can’t allow us to forget that the military had to be called in, and when the military went into Ontario and Quebec, into long-term care homes, what they saw was so traumatic that it was worse, in some cases, than what they saw in war-torn communities.”

Earlier this week, Trudeau announced the Liberals plan to fix long-term care, a promise that includes training up to 50,000 new personal support workers and bumping their pay to $25/ hour.

Right now, long-term care homes are administered by the provinces and any federal “fixes” are often seen by premiers as an encroachment on their territory.

To get around the provincial jurisdiction issue, the NDP says it will “work collaboratively with patients, caregivers, and provincial and territorial governments to develop national care standards for home care and long-term care, regulated by the same principles as the Canada Health Act.”