Anxiety as We Age: Experts Weigh in on Symptoms, Diagnosis and Treatments 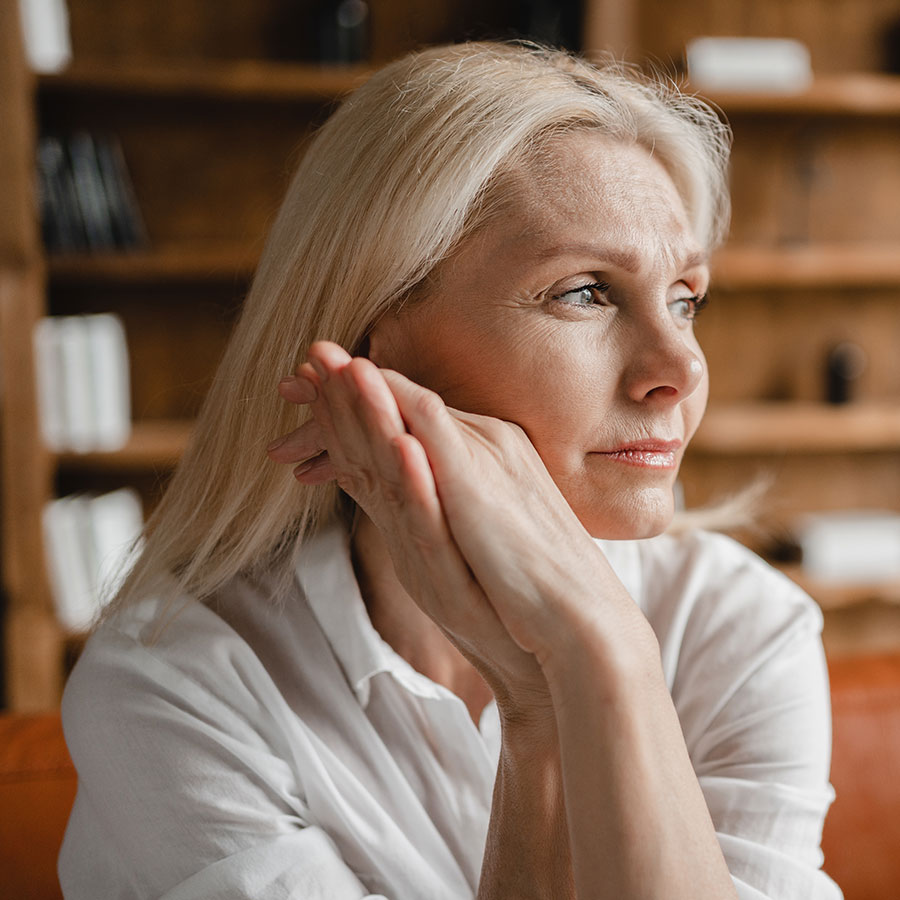 One in four Canadians will experience anxiety during their lifetime. Photo: Inside Creative House/Getty Images

Are Canadians less anxious than Americans?

Not necessarily — but we are less likely to be diagnosed with anxiety.

That’s because a U.S. task force recently recommended that all adult Americans under the age of 65 be screened for anxiety by their primary care doctors.

The U.S. Preventive Services Task Force made their recommendation based on study results from before the COVID pandemic. The lifetime prevalence of anxiety disorders in the U.S. is 26 per cent for men and 40 per cent for women, task force member and University of Massachusetts psychology professor Dr. Lori Pbert told CNN.

In Canada, almost one in three (31 per cent) people aged 45 to 59 years had been diagnosed with anxiety by a medical professional as of 2018, reports Statista. That number dropped to 16 per cent for Canadians 60 and older.

However, Canadian experts consulted by CTV in response to the American recommendation said this universal screening for anxiety is unnecessary and perhaps even detrimental. “You can detect more anxiety but it doesn’t mean patients will be better off at the end of the day because they are identified or labelled as a person with an anxiety disorder,” said Calgary emergency physician Dr. Eddy Lang, a member of the Canadian Task Force on Preventive Health Care.

He told CTVNews that the Canadian task force is also concerned that standardized screening could lead to overdiagnosis and misdiagnosis.

“You could be labelled with a condition that would not ever have harmed you and that you would be better off not knowing about,” Lang explained.

The range of anxiety problems is large, so screening may identify many people who probably don’t need care, he told CTVNews.ca. “There are a lot of people who deal with anxiety on a day-to-day basis and don’t need intervention.”

Lang suggested that a universal anxiety screening program would add to the workload of primary care physicians in Canada, many of whom are already overburdened.

In the U.S., people age 65 and older were excluded from the new screening recommendation because some symptoms of anxiety, such as sleep disruption or pain, are more common among older adults, New York psychoanalyst Dr. Gail Saltz told the American Association of Retired Persons. A screening tool could end up capturing people who have these symptoms for other reasons, not due to anxiety, and could funnel them down the wrong treatment path, Saltz explains.

For example, long-term use of benzodiazepines — alprazolam (Xanax), diazepam (Valium) and lorazepam (Ativan) — which are widely prescribed to treat anxiety and sleep problems, can impair cognition, mobility, and driving skills in older people, as well as increase the risk of falls, according to the U.S. National Institutes of Health. A study also found an association between benzodiazepine use in older people and increased risk of Alzheimer’s disease.

Helping people dealing with anxiety without medication is a focus of Anxiety Canada, a non-profit organization based in Vancouver.

They offer free, online self-help and evidence-based tools to help manage anxiety, including MindShift CBT, an app based on cognitive behavioural therapy (CBT) to help you “learn to relax and be mindful, develop more effective ways of thinking, and use active steps to take charge of your anxiety.” It includes a community forum, offering peer-to-peer support.

When Is It Time to Ask for Professional Help?

“When people start to experience significant interference in how they want to live their lives, when they are not able to execute the various roles and responsibilities they have in their lives, that’s the cue to go for additional help,” advises Dr. Maureen Whittal, a Vancouver-based clinical psychologist, co-founder of Anxiety Canada and co-chair of its Scientific Advisory Committee.

She says that although one in four Canadians will experience anxiety during their lifetime, “the majority will have a mild to moderate form of it.”

Stress, Whittal explains, “can exacerbate or initiate anxiety. If the stressor diminishes, so too might the anxiety.”

When somebody has an anxiety disorder, she says, “There is significant impairment in how they live their lives. Sleep may be disturbed by having difficulty either getting to sleep or staying asleep. Some people may not be able to work and others will experience needing more effort to do their job, feeling that it takes more out of them and makes them too exhausted for other facets of their lives.”

As well, she says, there’s often “this feeling of dread that something bad is going to happen. Sometimes there’s a sense of exactly what that is and sometimes it’s quite vague.”

There may also be physiological symptoms, she says: “cardiovascular, with a racing heart; respiratory, with shortness of breath; gastrointestinal, with stomach aches, sometimes constipation, sometimes diarrhea.”

Often, these symptoms will bring someone to their family doctor’s office where it would be useful to screen them for anxiety, Whittal suggests.

“Certainly we need to be mindful of the potential for over diagnosis or catching people that don’t actually need any services,” she says, “but a significant percentage of people with anxiety, particularly if they’re identified early, need less intervention. Instead of one-on-one treatment with a psychiatrist or psychologist, they may benefit from resources from Anxiety Canada or other self-management strategies.”

One piece of advice from Anxiety Canada for self-management: