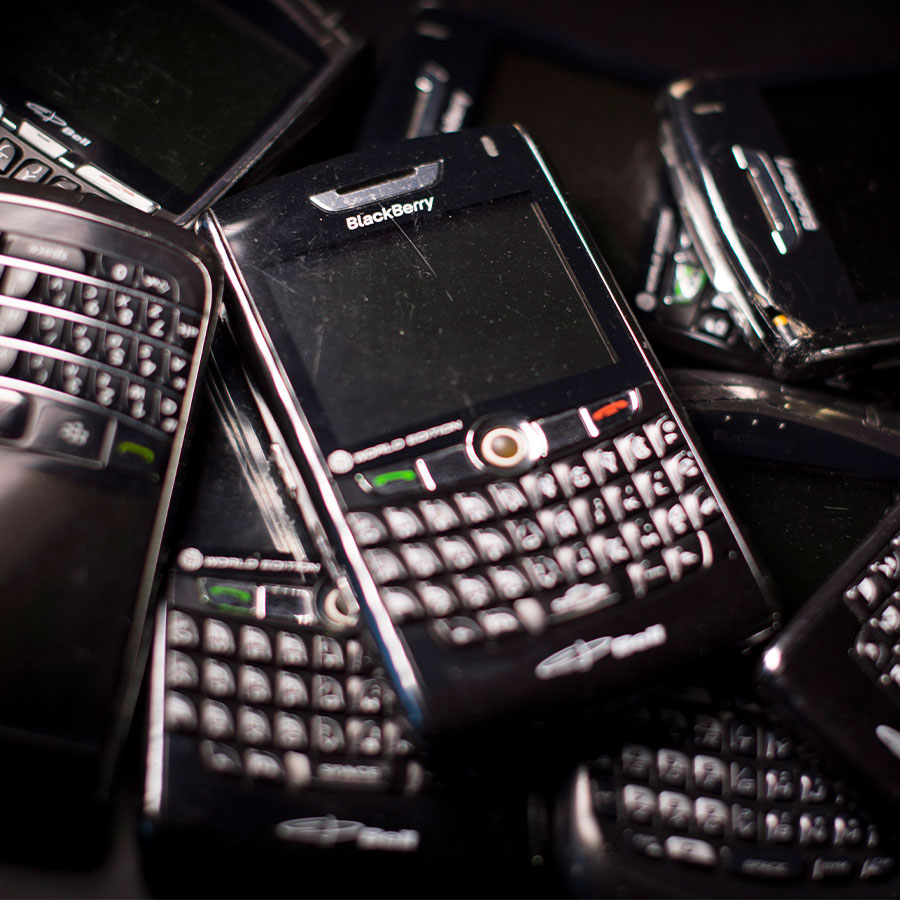 BlackBerry, which once dominated the cell phone market with its full keyboard and BBM instant messaging service, pulled the plug on service to any remaining devices on Tuesday, officially bringing the BlackBerry smartphone era to an end. Photo: Jonathan Hayward/The Canadian Press

BlackBerry Ltd is pulling the plug on service for its once ubiquitous business smartphones, which were toted by executives, politicians and legions of fans in the early 2000s.

The move marks the end of an era as the phones, which sported a tiny QWERTY physical keyboard, pioneered push email and the BBM instant messaging service.

Former U.S. President Barack Obama, one of its most celebrated users, made headlines in 2016 when he was asked to give up his BlackBerry and replace it with an unnamed smartphone.

BlackBerry lost favour with users with the advent of Apple’s touchscreen iPhones and rival Android devices. In recent years, the company pivoted to making cybersecurity software and embedded operating systems for cars.

Social media was alight with tributes. One Twitter user reminisced it was a “fabulous machine” and hoped the company’s phones would be resurrected.

In a document published in 2020, the company said it would take steps to decommission legacy services for BlackBerry 10 and BlackBerry OS operating systems and added devices running on them would no longer be supported and may not be able to receive or send data, make phone calls or send messages reliably.

A U.S. judge on Monday rejected the company’s bid to dismiss a lawsuit claiming it defrauded shareholders by inflating the success and profitability of smartphones using BlackBerry 10 OS, and said the class-action case could go to trial this fall.

With the BlackBerry smartphone era officially coming to a close on Tuesday, fans took to social media to bid a final farewell to the outmoded devices.