‘Quarantine’ Roots Are a Reckoning in the Debate Over Going Grey 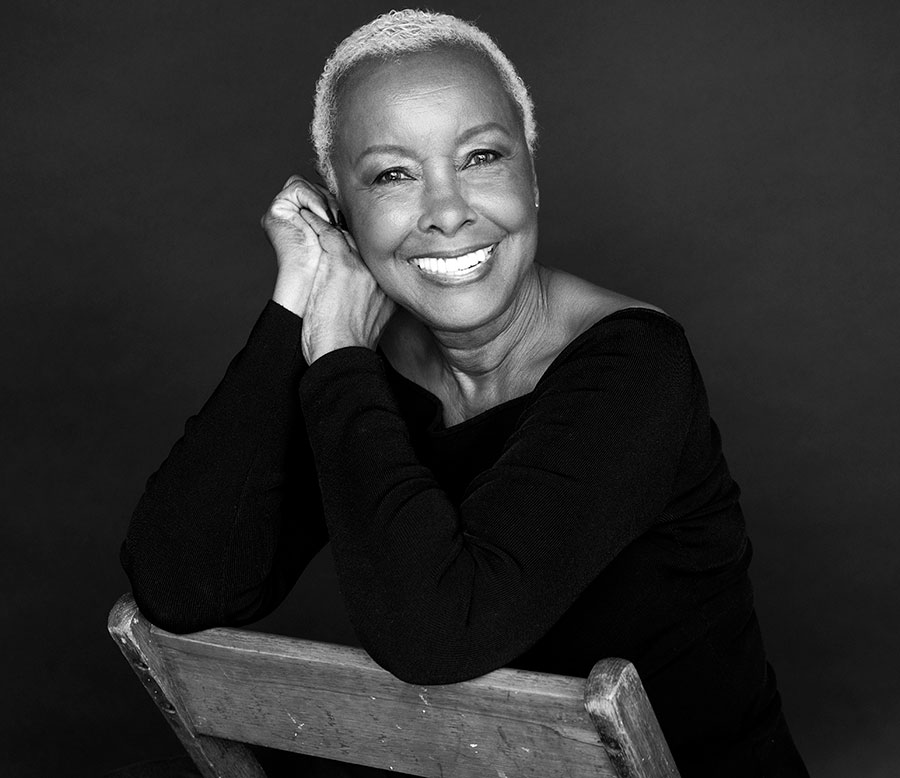 Never has the problem of our roots been so pressing. To go grey or not to go grey is a question that takes on immediate significance, as many of us are currently sitting on our couches watching our roots bloom silver in real time, far away from our beloved dye gurus (who are at home on their own couches).

While it is becoming increasingly fashionable to embrace your natural grey, it remains an intensely personal decision. Some of us saw a sprinkle of “natural highlights” in our 20s. But most of us have hidden the evidence diligently since then, and now have a forced reckoning.

The 50/50/50 rule of thumb – that 50 per cent of people are half grey by age 50 – has been discounted, and recent research shows the actual percentage is somewhere between six and 23. It depends on ethnic origin, as Caucasians tend to go grey earlier than those of Asian and African descent. Still, a 2012 study by a French team at L’Oreal Research and Innovation showed between the ages of 45 and 65, almost 75 per cent of 4,192 test subjects had grey hair, and men had significantly more of it and at a younger age than women. Of course the terms “distinguished” and “salt and pepper” are generally reserved for the male gender.

We went looking for opinions on the subject of going grey and found some passionate people through Toronto’s Helen Tansey. The former model, now 54, has been a professional photographer for three decades and last summer launched a sell-out coffee-table book called Sundari Women celebrating the beauty of women over 40. The effect of the black-and-white portraits, accompanied by the subject’s thoughts on aging, is raw and authentic. Despite her gorgeous blonde mane, Tansey is looking forward to her next natural shade. “I would love to be grey. I think it is beautiful, women who totally rock it, there is so much power in that too.”

Here are three points of view from Tansey’s subjects to give you food for thought as you work out what to do about your quarantine roots.

NO WAY, I WILL NEVER GO GREY!

Teri Hart is a 48-year-old freelance broadcast and radio journalist. She first met Tansey two decades ago when she went to her for professional headshots. “Helen is on a mission to get you to look at yourself, and at aging, in a different way,” says Hart, who has experienced her own aging process in the public eye, on television over the past 25 years. “It is different for different professions,” she says. “Certain jobs do have a shelf life. But hey, I’m not going away yet!”

Hart believes fervently that how we age, and whether we colour our hair, it is all about individual choice. “What’s important is women still being seen no matter what choices we make. I don’t feel my age, and whatever that looks like is my choice.”

Aging is not a gendered issue, she adds, but grey hair has become a touchstone for women because they are more marginalized, in that they often feel invisible, and seen as less sexy. “The cliché is that grey hair has traditionally read as ‘grandmother.’” Hart, who started going grey at 24, “wasn’t ever going to let that happen.” She did a lot of experimenting in the salon in the 90s, and even now “can’t imagine the day I go all grey.” She books her next appointment, every five weeks on the dot, before she leaves the salon.

The current fashionable shift to embrace the grey means Hart feels she needs to explain her choice. “I always say I’m not trying to not look my age, I’m trying to look the best I can at my age.” She doesn’t judge people who decide to go grey. “You do you, do the miniskirt, the crop top and the grey hair. But I also have no shame for colouring my hair.”

Kathy Imrie, 77, had to consider the professional ramifications of hair colour. “I started going grey in my 50s, and because of being an actor and running around to auditions and things, I decided to go blonde. I took control of going grey. Because of my dark skin, it made a big difference in my appearance, but it worked, professionally. At that time you didn’t see golden blonde hair on Black women.”

Keeping up appearances became a time drag, so about 10 years ago, “I thought, oh forget it.” She still fine-tunes the colour at the salon, calling it “tempered white.”

“We adjust the shade and quality of white. It is a 15-minute rinse, and adds shine.”

She had no emotional panic when her hair turned grey. “It’s not in my character anyway. I just kind of go with the flow of life. I don’t know if that’s a Caribbean thing or not.” She has kept her hair in the same style, first blonde, now silver, for a long time. “At the time it was shocking. My kids said, ‘Oh Mom, what did you do?’ But recently I’ve seen more women with the cropped grey look. I did what I wanted instead of what society told me to do. And now it’s the thing!”

I WENT GREY AND NOW I’M A MODEL

Writer Elizabeth Mitchell decided to go grey when her daughter, now in her early 20s, was a baby. The decision to keep her hair natural during and after her pregnancy, shocked many around her. “The grey hair started coming in fast and furious at around age 30,” she says. Today she believes “confidence came with it.”

Her luxuriant silver locks have led to a second career she never imagined. “I was taking my daughter to get her headshot, and I was asked to audition.” That led to a Special K commercial, a Uniqlo ad, a gig for Roots, and an ensemble cover for the recent relaunch of FASHION Magazine. A modelling agency, Plutino Group, now represents her. “I’m 5’4” and 59. This is all most unexpected. It’s an opportunity, and an adventure. You put yourself out into the world and people respond. As I get older, I understand how unimportant stuff we worried about was when we were younger.” That, she says, shows up in pictures.

“The one constant in life is change, and this has been physically, spiritually and mentally liberating. They are responding to confidence,” she reinforces, “not just a newly popular, long-haired, grey look.”

That said, Mitchell knows she is lucky to be able to grow such a great head of hair. “But it makes me think of how attitudes have changed, since taking my kids to school and mothers would say to me, ‘What happened?’”

Now women approach her all the time, even when she’s grocery shopping, and ask her how she transitioned to grey. “Then they say, ‘Oh no I couldn’t do it, I couldn’t do it.’” The curiosity is there; it is a subject of much discussion, but some women just can’t take that next step yet.

Mitchell uses an arsenal of natural products to keep her hair looking great. “I will be 60 this year and I believe aging is a privilege. Women now are stepping up to it. By our 50s and 60s we are tired of hiding it, tired of feeling shame, and finding the power in embracing aging.”

A Decade in Fashion: The Moments That Defined A “Greynaissance” In The 2010s