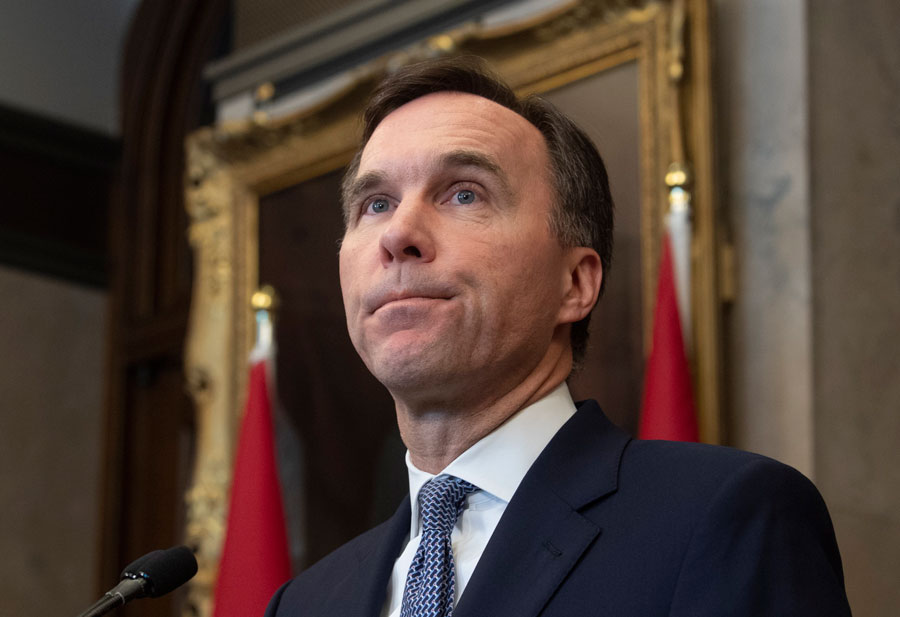 Finance Minister Bill Morneau delivered a mostly rosy picture in his Economic and Fiscal Update 2019, predicting that Canada’s economy would continue to grow over the next four years.

“The economy is sound and growing,” Morneau said at a press conference in Ottawa on Monday after releasing the update. He expects our GDP to continue growing at an average of 1.8 per cent a year, which will ensure that Canada has one of the top-performing economies in the developed world.

Despite a mostly optimistic forecast, Morneau did note there is a “level of anxiety” in some parts of the country about “fiscal challenges” in the years ahead. “Even though our economy is doing well, the government needs to be ready to respond to whatever challenges might arise,” Morneau wrote in his update.

By this, he means the worry about job losses in the oil-producing provinces of Alberta, Saskatchewan and Newfoundland and Labrador. To soften the blow, Morneau suggested he is open to providing financial relief to those provinces. And he also noted the “construction of the Trans Mountain Expansion (pipeline) is now well underway,” a project that is “is expected to create 10,000 jobs at the height of construction.”

While that’s good news for Westerners, they’re not the only region hit by job losses. Nationally, our economy shed 71,000 jobs in November alone. Morneau tried to soften that blow by saying, “In 2019, employment has risen by nearly 400,000 from its 2018 level, its strongest growth since 2007.”

Besides job losses, many North American economists are predicting a U.S. recession in the upcoming year, pointing to underlying factors like trade tensions, poor retail sales and weak manufacturing numbers. While Morneau’s update acknowledged that “U.S., economic growth is gradually slowing,” he didn’t expect this to affect Canada’s. Relying on input from 14 private-sector economists, he told reporters that “all are projecting growth” and that “no one is predicting recession.”

Morneau also revealed that the government had once again blown its forecast projected deficit by a wide margin. The April 2019 budget forecast a spending deficit of about $20 billion this year. The actual number will come in closer to $26 billion, which the finance minister attributed to increased public pension obligations. While the deficit is higher, Morneau claims the “net debt-to-GDP ratio,” which calculates the deficit relative to the size of the economy, is actually improving and is one of the best in all the G7 countries.

Increased deficits or not, the Liberals will maintain higher program spending, which Morneau referred to as “continuing to invest at an appropriate level.” Although he made mention of fulfilling costly Liberal campaign promises like a middle-class tax cut and a national pharmacare plan, he did not reveal how the government plans to pay for them.

Conservative finance critic Pierre Poilievre said Morneau’s update purposely ignores the real financial picture that many Canadians face. “Half of Canadians are $200 from insolvency. Bankruptcies, insolvencies and defaults have grown,” he said.  “Justin Trudeau is setting the stage for a made-in-Canada recession.” Poilievre also accused the government of releasing the statement “a week before Christmas … in an effort to hide from the tough questions.”

And NDP finance critic Peter Julian said he was “profoundly disappointed” by Morneau’s “weak” update, arguing that the Liberals, “should be thinking about regular families and communities, and they seem to be ignoring that.”