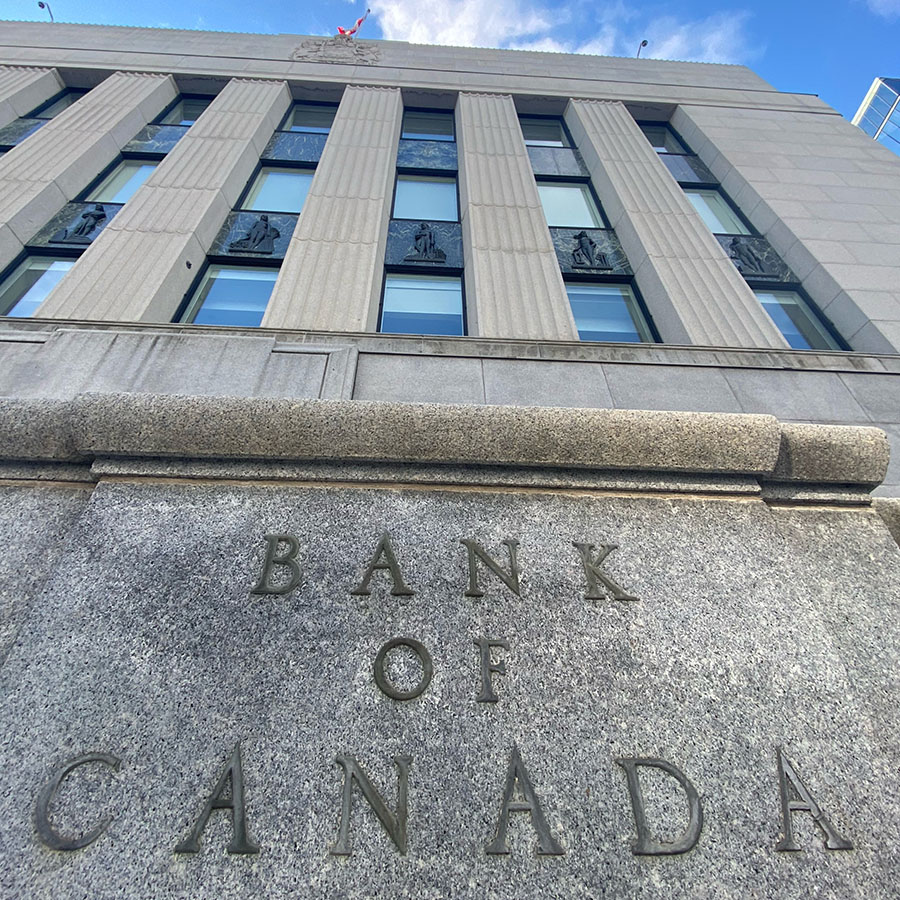 The Bank of Canada signalled that it will likely hold its historically low interest rates until the economic recovery is well underway. Photo: The Canadian Press/Adrian Wyld

If you’re buying a house or financing a major purchase, now might be the best time to do it.

That’s because the Bank of Canada hinted that it will likely stick to its policy of maintaining near-zero interest rates for at least two more years.

In a short statement issued on Wednesday, the bank announced it would hold its overnight rate at the 0.25 per cent. And it suggested these historically low rates would remain in effect until the economic recovery from the pandemic recession is “well underway,” which it doesn’t expect to happen until at least 2023.

In October, Bank of Canada governor Tiff Macklem projected that Canada’s economy would “grow by almost four per cent on average in 2021 and 2022,” although he expected that growth to be “choppy.”

In Wednesday’s statement, the bank doubled down on its “choppy” forecast for what lies ahead. Yes, it noted, the economy is improving, and “economic momentum heading into the fourth quarter appears to be stronger than was expected in October.” However, it qualified that good news by adding that new provincial restrictions on businesses will “weigh on growth in the first quarter of 2021 and contribute to a choppy trajectory.”

Those who have been laid off during the pandemic will be cheered by the news of an improving labour market, which the bank said “continues to recoup the jobs that were lost at the start of the pandemic, albeit at a slower pace.”

But the bank also warned us not to get too exited, noting that the labour market “remains highly uneven across different sectors and groups of workers,” especially hospitality, tourism and travel.

It seems those who decide on policy at our central bank are just like everyone else – they’re pinning our economic recovery hopes on the success of the newly approved COVID-19 vaccine.

It struck a positive chord, saying that the arrival of the vaccine “is providing reassurance that the pandemic will end, and more normal activities will resume.” But it couched that optimism by adding that this won’t occur until the vaccine becomes “widely available.”

So when will it become “widely available”? The provinces are expected to receive the first shipments of the newly approved vaccine and plan to begin inoculating at-risk individuals and front-line health-care workers by the end of the month. However, most Canadians will have to wait until at least April to receive their shots.

Bank of Canada Holds Interest Rates, Projects Economic Recovery Will Be “Choppy” Over Next Few Years