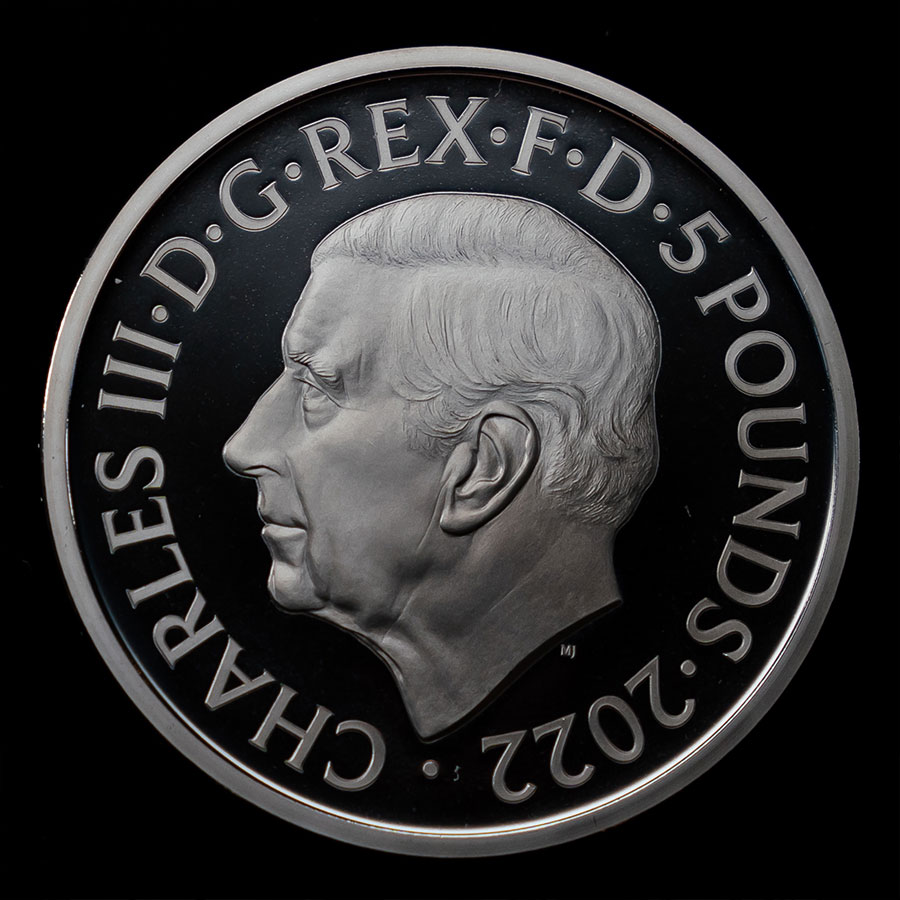 The new image of King Charles III is the latest in a long line of monarchs depicted on British money. Photo: Aaron Chown/PA Images via Getty Images

For more than 60 years, the image of Queen Elizabeth II graced the currencies of the United Kingdom as well as some of the Commonwealth nations. During her historic reign she appeared on at least 33 different currencies globally, a Guinness World Record. This includes not only money in the U.K., but also currency in Australia, Belize and some Eastern Caribbean countries, as well as the $20 bill in Canada.

Placing a portrait of a monarch on its money is a long tradition in the U.K. For more than a millennium, beginning with the reign of Alfred the Great, the Royal Mint has been putting Kings and Queens on coinage.

With the passing of Queen Elizabeth II, that tradition will not change. Nor will the tradition of replacing the image of the deceased leader with the royalty ascending to the throne — in this case, the Queen’s son, King Charles III — now the face of the monarchy, who will soon appear on new British money.

I’m a history professor and founder of the Black Money Exhibit. I’m also a member of the Citizens Coinage Advisory Committee at the United States Mint, which advises the secretary of the Treasury on the themes and designs of all U.S. coins and medals. For years I have closely monitored the evolving perspectives worldwide regarding the look of coinage and paper money. Those perspectives focus on the need to present more diverse historical figures on currency. The changing attitudes are affecting not only the U.K. but the United States as well.

Rolling Out the King Charles Money

Beginning in December 2022, the Royal Mint will issue the first set of Charles III coins. This includes commemorative coins, which will also bear Queen Elizabeth II’s image on the reverse side.

The new King Charles money will mix in with the old money featuring the Queen; more than 27 billion coins bearing her head still circulate in the U.K., along with 4.5 billion pound sterling bank notes worth approximately 80 billion pounds — roughly US$90 billion. The full process of issuing the Charles III money will take at least two years.

The first step toward issuing that money has already happened. An independent sculptor commissioned by the Royal Mint has created the coinage portrait of Charles III, who personally approved it. The portrait, depicting the King in his senior years, will face left, in opposition to the pose of his mother.

This tradition of alternating the direction British monarch’s face on coinage dates to the reign of King Charles II during the 17th century. The reason this is done is shrouded in historical mystery; perhaps because Charles II wanted to figuratively turn his back on Oliver Cromwell, the military leader and statesman who signed the death warrant to execute Charles I during the English Civil War.

The Changing Look of Currency Worldwide

Until recently, the U.S. has predominantly depicted a white male founding father on money. But a major diversification of U.S. currency has been underway since 2017, when the U.S. Mint issued a collectible commemorative gold coin depicting Lady Liberty as an African American woman. Today, the proposed Harriet Tubman $20 bill still seems to be on track, although Americans might not see it in their pockets for almost another decade. These changes, along with the depiction of writer Maya Angelou and other diverse women through the mint’s American Women Quarters Program, is a welcome break from the past.

With that in mind, and with a new British monarch in town, what might Commonwealth countries do? Will they go along and mint the likeness of Charles III on their money? Or will they be mindful of the burgeoning sociopolitical movements calling for the dismantling of what many see as long-standing symbols of colonialism and oppression?

Many marginalized groups, such as American women, African Americans, Black people in Canada and Black and Asian groups in Britain, want predominantly white male symbols replaced with a more diverse repertoire of people, places, events and movements that pay homage to addressing past injustices.

That is already happening, albeit slowly. Queen Elizabeth II is depicted on one side of the current Eastern Caribbean $100 banknote. The reverse side, however, depicts Sir Arthur Lewis, the noted 20th-century economist, the first Black person to earn the title of full professor at Princeton University and a Nobel Prize winner.

In Australia, where the Queen is depicted on the $5 bill, spirited debate continues about whether or not to keep her image, replace it with King Charles or break with tradition and use an image of an indigenous Australian instead.

But what about the U.K.? Already, the country has begun to deal with the lack of ethnic diversity on its currency.

In June 2020, during the height of the Black Lives Matter movement, which also affected Britain, the Bank of England acknowledged its role in the trans-Atlantic slave trade and pledged to develop more inclusive policies and practices, particularly with Black, Asian and other minority staff. What’s more, the bank has promised to include more Black people, Asians and other minorities on their bank notes and coins.

Now, with the death of the Queen and inauguration of a new King, will the Bank of England honour that commitment? The wind of change — a phrase coined by the British — seems to be blowing in that direction.