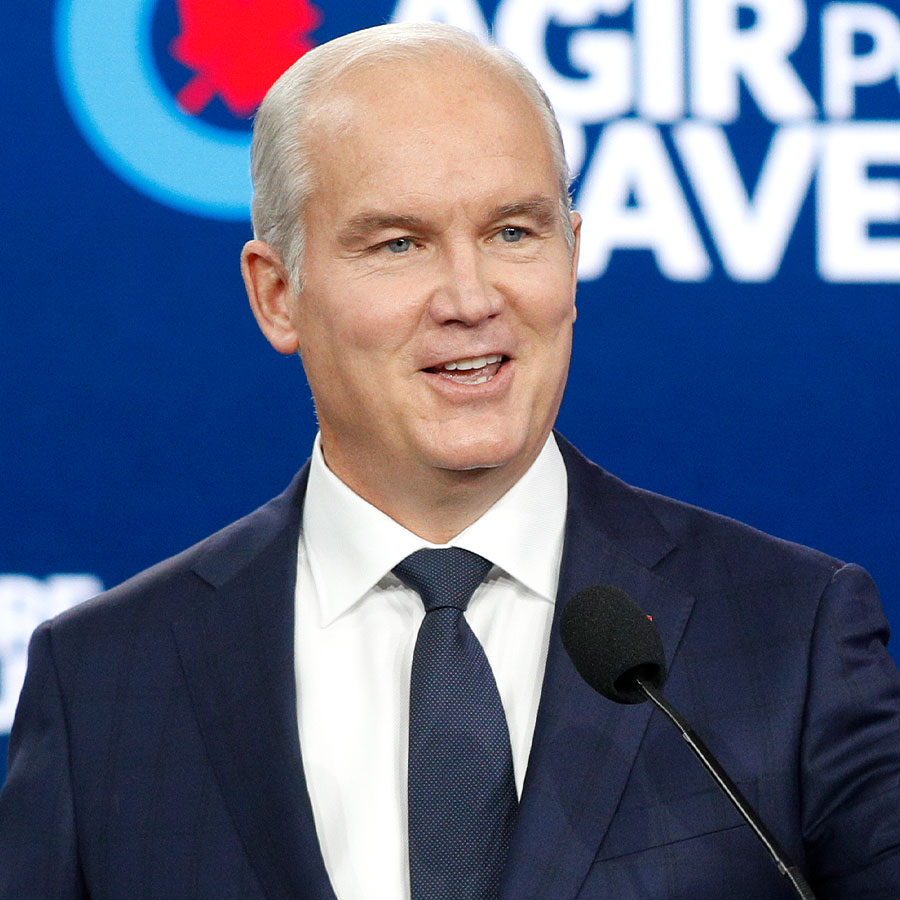 Canada is the only Group of Seven country to record a deceleration in the second quarter, according to an OECD report. Photo: Lars Hagberg/GettyImages

Canada’s Conservatives hammered Liberal Prime Minister Justin Trudeau on Tuesday after data showed that the country’s economy unexpectedly shrank in the second quarter and again in July, putting the economy at the centre of debate three weeks ahead of a national election.

Canada is the only Group of Seven country to record a deceleration in the second quarter, according to an OECD report. “Canada’s economy is getting worse, not better,” Conservative leader Erin O’Toole said from his Ottawa headquarters. “Under Justin Trudeau we are heading further down the road of recession, not the road to recovery.”

Canada’s economy shrank 1.1 per cent in the second quarter on an annualized basis, missing analyst expectations of a gain of 2.5 per cent, Statistics Canada data showed. A preliminary estimate for July showed a contraction of 0.4 per cent, while June GDP rose 0.7 per cent, in line with expectations.

With the July decline, economic activity remains about 2 per cent below pre-pandemic levels, Statscan said.

“It’s a jaw-dropper,” said Doug Porter, chief economist at BMO Capital Markets, adding: “It will probably be an uncomfortable question for the government today but I don’t think the GDP number will have a huge impact on the elections.”

Trudeau’s Liberals are currently tied with the Conservatives at 33 per cent ahead of the Sept 20 federal election, according a new Nanos Research poll. The left-leaning New Democrats have 19 per cent.

Polls have shown that the economy is one of the top concerns of Canadians heading into the vote.

Statscan said the second-quarter drop was mostly driven by declines in home sales and exports. Housing investment boomed during the pandemic, helping drive the economic rebound from the crisis, but the market has cooled from its March peak.

The likely contraction in July, which comes even as most provinces loosened COVID-19 restrictions, was driven by decreases in manufacturing, construction and retail trade, said Statscan. The outlook has been further clouded by a surge in new COVID-19 infections, mostly among the unvaccinated.

Economists said the GDP miss could impact the timing of Bank of Canada policy tightening, though hot inflation and a strong August could also sway the picture.The central bank last month said it expected Canada’s economy to gain 2.0 per cent in the second quarter, with growth picking up “strongly” in the third quarter as more services reopened.

It will put out new forecasts in October.

“It comes in weaker than their expectations,” said Jimmy Jean, chief economist at Desjardins Group. “At the same time, we also have to recognize that there will be a major rebound in the third quarter. So all hope is not lost.”