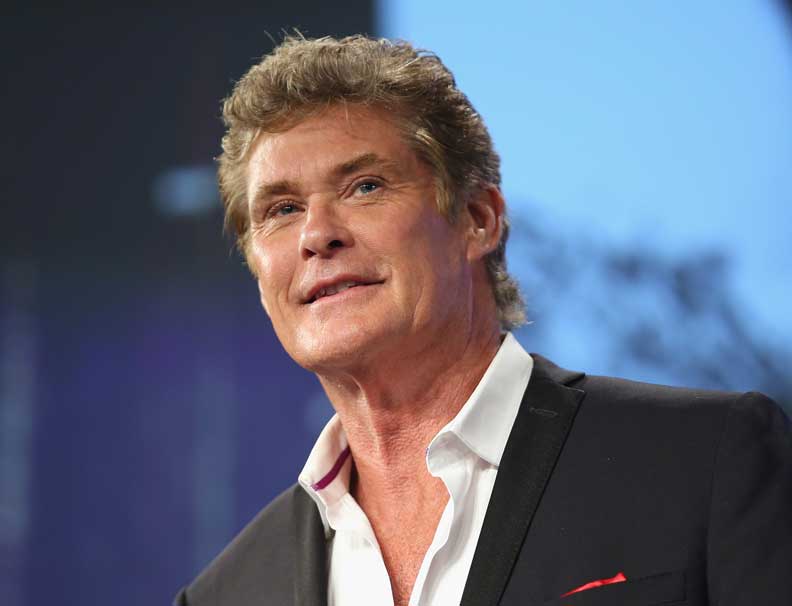 Click the player to listen to our interview with David Hasselhoff and Billy Baldwin. And don’t forget to subscribe to Ages & Icons on your favourite podcast app.

It’s two for the price of one in this Ages & Icons double header podcast, featuring a pair of hunky 1990s Hollywood heroes discussing how they’ve stepped up once again to save the day.

We start with David Hasselhoff, 66, whose small-screen heroics run the gamut from fighting crime with a talking car in Knight Rider to running to the rescue in slow-mo along the beach in Baywatch. Now, the Hoff is back to save Berlin, and the world, against the backdrop of the Cold War in the brand new Audible exclusive audiobook Up Against the Wall – which he also wrote, narrates and voices all the characters for. We talk to the 66-year-old about this new international adventure as well as his career, Knight Rider reminiscences and more before Gina does the unthinkable and, you guessed it, hassles the Hoff.

Next up is Billy Baldwin, the 56-year-old brother of Alec, Daniel and Stephen and the sibling who’s most earned the moniker “the Canadian Baldwin.” In our interview, the star of the 1991 firefighter drama Backdraft recalls decades spent filming movies and TV shows in every corner of Canada, as well as championing countless philanthropic efforts in the Great White North, and the one obscure film of his that Canadian fans love. And, of course, he talks his new CBC Gem/Netflix drama Northern Rescue, which Baldwin executive produces and stars in as a widower who moves with his three children to the fictional town of Turtle Island Bay to take a job heading a search-and-rescue team. The show films during the summer months in Parry Sound, Ont., and features virtually an entirely Canadian cast and crew.