Who Needs a Host? Canucks Bring the Laughs at the 2019 Canadian Screen Awards 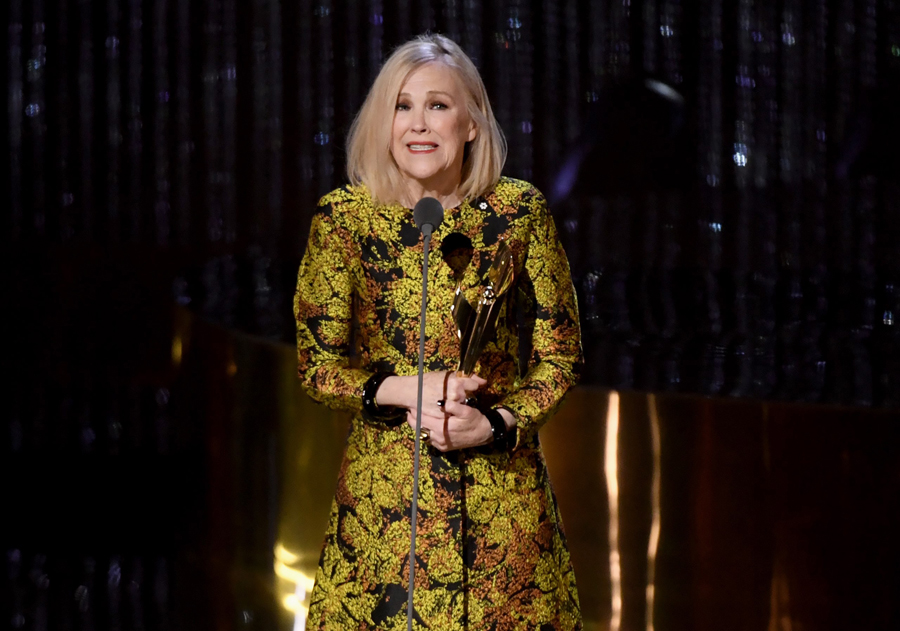 Canadians are hilarious. It’s a good thing too, because comedy goes a long way to making a two-hour awards show move along at a bearable clip. And at Toronto’s Sony Centre on Sunday night, the 2019 Canadian Screen Awards — which chose, à la the Oscars, to go host-less — was packed with laughs from a slew of familiar faces. In fact, with this many funny Canucks, who needs a host?

One of the evening’s main honourees, Mary Walsh — the CODCO alum who created and co-starred in This Hour Has 22 Minutes, in which she did everything from spoof Canadians to smooch Stephen Harper — received the Earle Grey Award for her distinguished career in television, taking the stage and rousing the crowd with quips about aging and all its foibles. But after thanking everyone from her comic partners to her family to her native Newfoundland, she closed with a meditation on aging, which echoed a discussion she and I had on an episode of the Zoomer Ages and Icons podcast earlier in the week.

“Getting old has a pretty bad rap, hasn’t? They say it’s better than being dead, but not by much. It turns out, that’s not true,” she said. “It’s wonderful to be an older woman because you get the opportunity to stop straining to be the object of someone else’s desire and finally have the chance to be the subject of your own life. And that’s when you can really start to live.”

RELATED: Mary Walsh On “Wrinkled Radicals” and Redefining How We Think About Aging

Meanwhile, members of the comedy troupe The Kids in the Hall, which formed in Toronto 35 years ago, were shown slumped in their seats, asleep, as Will & Grace star Eric McCormack took to the stage to announce them as the recipients of the Academy Icon Award. The 55-year-old Toronto-born star carried on though, summing up the group’s legacy as the result of “four brilliant comic minds and one just okay comic mind.” When the group — Dave Foley, 56, Kevin McDonald, 57, Bruce McCulloch, 57, and Scott Thompson, 59 — finally took the stage, an older lady accompanied them on a motorized scooter claiming to be the troupe’s fifth member, Mark McKinney, 59.

“On behalf of all the Kids in the Hall, I’d just like to say, I’m crushing your head Canada!” the lady said, imitating one of the group’s most famous sketches before the real McKinney joined the group via video chat.

“Guys, send me my share of the prize money,” McKinney said. “And Scott, you still owe me for all the cocaine in the 90s.”

Singer, sitcom star and former Zoomer cover subject Jann Arden, 57, spent much of the night in backstage skits alongside the women of The Baroness von Sketch Show before taking the stage to declare that “I am ready for my viral awards show moment.” She then beckoned Republic of Doyle actor Alan Hawco on stage to recreate Bradley Cooper and Lady Gaga’s A Star Is Born “Shallow” musical performance from this year’s Academy Awards.

The pair then sat down at a piano and cuddled close together, where Arden added, “You know, there can 100 people in the room but it only takes one to say, ‘Jann, we absolutely cannot afford the rights to ‘Shallow.’’”

Elsewhere, Canadian comedy legend Catherine O’Hara, 65, picked up the award for Best Lead Actress, Comedy, Schitt’s Creek, noting that, “I am so proud to be involved in a show that laughs at the ridiculousness of all that we are without malice or homophobia or racism or ageism.” She then paused and gripped her golden statuette and grinned. “But this, this is what it’s all about.”

As well, Corner Gas creator and star Brent Butt appeared onstage to present an award, boasting that, “It’s an honour to be presenting on the Canadian Screen Awards after being named one of Canada’s 200 sexiest writers under 60.”

And director Deepa Mehta, 69, who was honoured with the Lifetime Achievement Award, saying that, “This is more than a pat on the back, but rather a gesture of belonging,” finished her speech with a bang, after imploring Canadians to reject intolerance and Trump-like politics. “In the immortal words of Mr. Spock,” she said, closing out her speech, “live long and prosper and kick ass.”

The Kids in the Hall, Academy Icon Award

Martin Short, 69, Best Performance, Animation, The Cat in the Hat Knows A Lot About That!

Jann Arden Reflect on Life, Loss and Her New Sitcom

Chatting with the Unsinkable Jann Arden