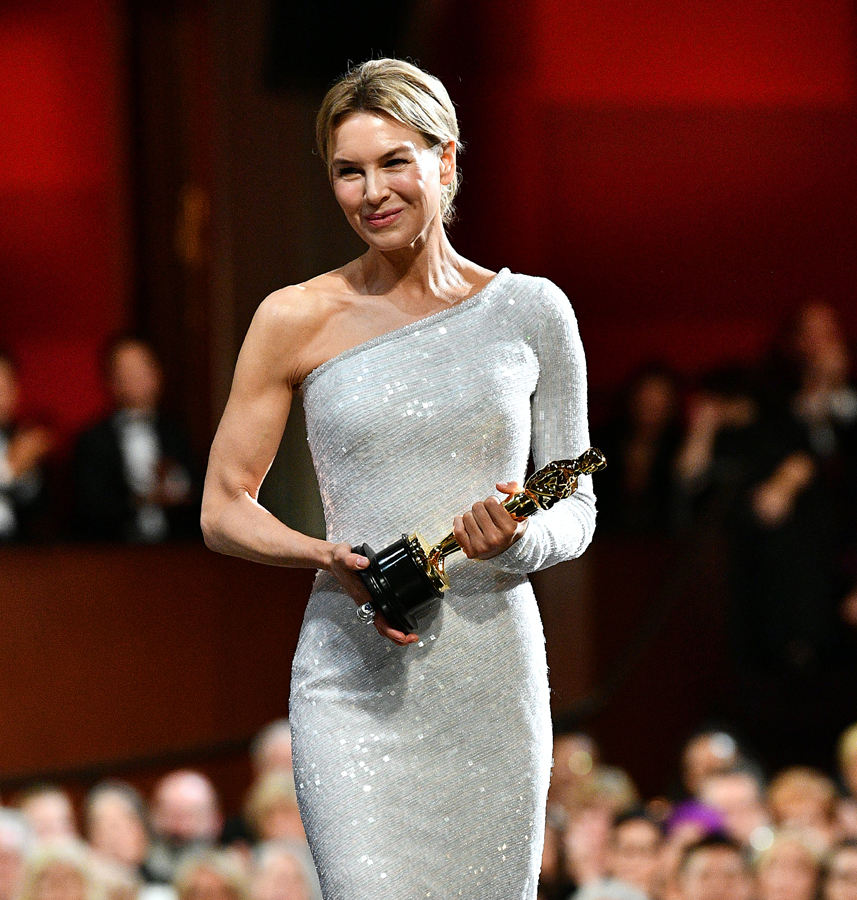 Renée Zellweger won the Best Actress Oscar at the 2020 Academy Awards for her portrayal of Judy Garland in the biopic 'Judy.' Photo: Richard Harbaugh - Handout/A.M.P.A.S. via Getty Images

Once upon a time in Hollywood, the Academy Awards served as must-see TV, with film fans tuning in to indulge in Tinseltown glamour while luminaries like Bob Hope, Billy Crystal and Whoopi Goldberg added extra shine to their stars through multiple celebrated turns as Oscar hosts. Heck, even the bad hosts became famous for poorly hosting the show. Just ask David Letterman.

But with the Oscars coming off a five-year ratings decline that ended with a hostless ceremony in 2019, the hosting job itself becoming more of a target for criticism than admiration across the award show circuit and the Academy getting skewered again for only nominating one nominee of colour in the acting categories (Cynthia Erivo) and zero women in the directing category, Hollywood’s most important night had to deliver big.

Given both vision and hindsight are 2020, the 2020 Academy Awards delivered each, injecting a major dose of nostalgia on a night that moved the industry forward with the honours given to South Korean film Parasite.

Parasite, of course, made history before the Oscar ceremony even began, as the first South Korean movie ever nominated for an Academy Award. But the film went on to become the first foreign language movie to win Best Picture, in addition to nabbing the renamed Best International Feature Film prize, Best Original Screenplay and Best Director for 50-year-old Bong Joon-ho, who announced “I’m ready to drink tonight” upon accepting the award. When the lights went down on the cast and crew during their Best Picture acceptance speech, the crowd in the Dolby Theatre in Los Angeles began to boo and chant for the lights to come back up (which they did), further proof that in a modern Hollywood landscape flooded with remakes, reboots and superhero franchises, there’s still demand for wholly original films like this one.

That said, the nostalgia thread that ran through the 2020 award season continued into the Oscars. And perhaps this year, more than others, with everything from climate change to political instability keeping our collective nerves on edge, we needed those nostalgic throwbacks to bygone eras like the 1950s, 1960s and 1970s (The Irishman, Once Upon a Time … in Hollywood, Ford v Ferrari, Rocketman), the comforts of childhood heroes (A Beautiful Day in the Neighborhood), reminiscences of Hollywood legends (Judy) and reminders of times when the good guys came out on top (1917, Jojo Rabbit).

The show started this early, kicking off with a musical montage by Janelle Monáe, who channelled Mr. Rogers in her attire and in singing his theme song before momentarily handing the song off to Billy Porter, who belted out the chorus of Elton John’s 1983 hit “I’m Still Standing.”

Then the hostless Oscars brought out two former multi-time hosts — Steve Martin, 74, and Chris Rock, 55 — to perform the traditional host monologue, riffing on everything from Jeff Bezos’s bank account to the lack of both female directing nominees and diversity in the acting categories.

“Cynthia [Erivo] did such a great job hiding black people in Harriet,” Rock quipped, “the Academy got her to hide all the black nominees.”

The Academy, meanwhile, never awarded Judy Garland an Oscar, so they did the next best thing and gave it to Renée Zellweger, 50, who nabbed the Best Actress honour for playing the entertainment legend (and golden age of Hollywood cautionary tale) in Judy. In her speech, Zellweger, who last appeared at the Oscars in 2004 when she won the Best Supporting Actress award for Cold Mountain, dedicated her win to Garland and called the film a celebration of her legacy, as well as “representative of unique exceptionalism and inclusivity, which transcends any artistic achievement. Ms. Garland, this is for you. I am so grateful.”

As well, 56-year-old Brad Pitt has spent award season kicking up the dust of nostalgia for his own past, whether reminding people of his late-’90s and early-2000s romance with ex-wife Jennifer Aniston after the pair was photographed laughing backstage at the recent SAG Awards or prompting discussion of his own road to redemption following past headlines about everything from a messy divorce to struggles with alcohol. This year, Pitt completed his Oscar quest by taking home the Best Supporting Actor award for his work in Once Upon a Time … in Hollywood, which as a love letter to the film industry, cast a gauzy gaze back to 1969, and spoiler alert, rewrote the ending to the seismic Manson murders. In his acceptance speech, Pitt recalled his early struggles as an actor before adding, “Just standing here now, once upon a time in Hollywood — ain’t that the truth.”

The biopic Rocketman, which oozes 1970s glam rock excess nostalgia, won Elton John, 72, and lyricist Bernie Taupin, 69, the award for Best Original Song for “(I’m Gonna) Love Me Again” — an honour that comes exactly 25 years after Sir Elton won the same award for “Can You Feel the Love Tonight” from The Lion King. And Laura Dern, who turns 54 the day after the Oscars, gave a shout-out to her legendary parents Diane Ladd and Bruce Dern after winning the Best Supporting Actress award for Marriage Story.

Elsewhere, Billie Eilish and brother Finneas O’Connell performed the Beatles’ “Yesterday” during the In Memoriam montage, Tom Hanks shouted “I am Spartacus” on stage as a tribute to screen legend Kirk Douglas, who died last week at age 103, and rapper Eminem, at age 47, returned to the Academy Awards stage to perform “Lose Yourself,” which won him the Best Original Song Oscar (becoming the first hip hop song to win an Oscar) in 2003.

Of course, movies also used to be a place to go to forget the ills of the real world and escape into the sanctuary of the silver screen. Award shows, however, have become increasingly political, with even Joaquin Phoenix, tonight, noting the importance of actors using “our voice for the voiceless.”

“I think, whether we’re talking about gender and equality or racism or queer rights or indigenous rights or animal rights, we’re talking about the fight against injustice. The fight against the belief that one nation, one people, one race, one gender or one species has the right to control and use and exploit another with impunity,” the 45-year-old said in accepting his Best Actor Award for playing the titular role in Joker.

He added his gratitude for those who’ve forgiven his own past indiscretions and said, “I think that’s when we’re at our best — when we support each other. Not when we cancel each other for past mistakes. When we help each other to grow. When we educate each other. When we guide each other toward redemption. That is the best of humanity.”

An emotional Phoenix also quoted song lyrics his late brother, River Phoenix, wrote when he was 17, saying, “Run to the rescue with love and peace will follow.”

Pitt also made headlines for his acceptance speech, in which he referenced U.S. President Donald Trump’s impeachment trial and the Senate’s refusal to subpoena former National Security Adviser John Bolton to testify following revelations in his upcoming book about the pressure Trump told him to exert on Ukraine regarding investigations into Democratic presidential hopefuls.

“The Academy told me I only have 45 seconds up here, which is 45 seconds more than the Senate gave John Bolton this week,” Pitt said. “I’m thinking maybe Quentin (Tarantino) does a movie about it and in the end the adults do the right thing.”

And in another moment that likely won’t impress Trump — who often makes futile attempts to compare himself to his predecessor, President Barack Obama, in everything from presidential accomplishments to the size of his inauguration crowd — the film American Factory won the Oscar for Best Documentary Feature. The doc is, of course, the first movie produced by Barack and Michelle Obama’s Higher Ground Productions, which means that, while they didn’t personally receive the award, their company’s association with the film technically puts the former POTUS and FLOTUS one Oscar up on the current commander-in-chief.

Brad Pitt, 56, Best Actor in a Supporting Role for Once Upon a Time … in Hollywood

Older and Bolder: The Best-Dressed Stars on the Oscars Red Carpet

Oscars 2020: Where Have all the Best Supporting Actors Gone?