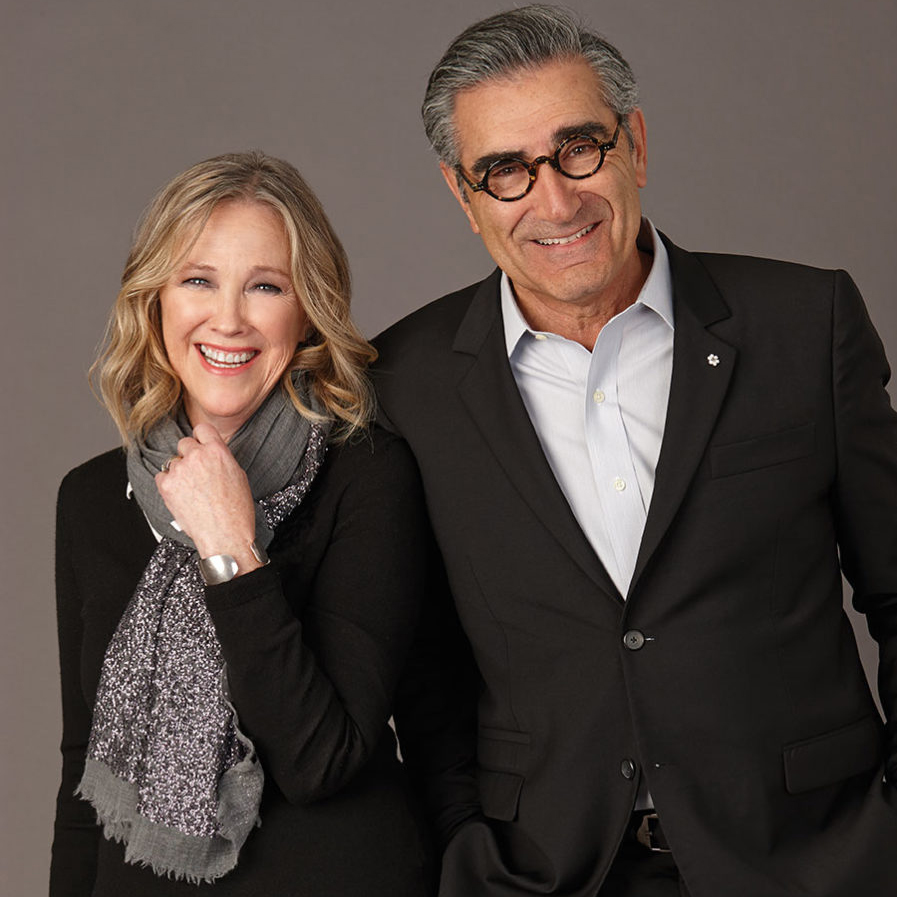 Eugene Levy and Catherine O'Hara, seen here in 2015, joined Andrea Martin and Martin Short for an SCTV reunion on Zoom this week in support of the charity The Actors Fund. Photo: Chris Chapman

Three legendary Canadian stars — along with “Canada’s favourite illegitimate child” — took part in a digital reunion to celebrate the enduring legacy of SCTV.

On Wednesday, Eugene Levy and Catherine O’Hara — fresh off last week’s Schitt’s Creek series finale — joined fellow Canuck Martin Short and Andrea Martin for a virtual SCTV reunion on the web series Stars in the House, which is hosted by SiriusXM personalities Seth Rudetsky and his husband, James Wesley (see the full video of the interview below). The web show raises money for The Actor’s Fund, which supports people in the performing arts and entertainment world.

The interview, which lasted almost 90 minutes, offers a hilarious and insightful glimpse into the foursome’s relationship, which pre-dates SCTV and began for Levy, Short and Martin when they auditioned for the famed 1972 star-studded Toronto production of Godspell — which included those three as well as Victor Garber, Gilda Radner, Dave Thomas, as well as musical director Paul Shaffer and composer Howard Shore in the band playing saxophone.

“It just seemed like something exciting to do,” Short, 70, added, before feigning arrogance. “I didn’t assume that it would end up with this kind of career that I have.”

“Well, what I should have done was not tell him,” Levy retorted. “But I made the mistake of telling him and we both got the show — two kids from Hamilton, Ontario.”

Levy also recalled introducing Short to Martin, 73, at the Godspell casting callbacks, while O’Hara, 66, remembered going to see the production with Gilda Radner and then admitted to kissing Short’s photo in the playbill when she got home because she had a crush on him.

When it comes to SCTV, O’Hara noted that some on the show didn’t want her in the cast when the show launched in 1976, because they thought she was too young — she was only in her early 20s at the time — but that Levy stuck up for her.

The foursome also delved into the origins of some of their favourite SCTV sketches and characters, from Ed Grimley and singer Lola Heatherton to Edith Prickley. O’Hara talked about how she helped Martin originate the Prickley character while revealing that Edith’s famous leopard-print jacket actually belonged to O’Hara’s mother, and that the actress bought Martin Prickley’s matching hat at a Goodwill around the corner from the Second City theatre.

“Eugene and Catherine have given me my career,” Martin quipped, “and Marty has kind of ruined it in the last few years.”

When asked about their memories of the late John Candy, however, all four were left temporarily speechless.

“John was quite amazing. John was one of those people who his whole physical being could transcend the screen when he was on the big screen,” Levy said, noting Candy was one of the funniest and sweetest people. “And that all came through in his work. He was probably one of the most beloved people ever in the entertainment business.”

O’Hara added that, “He was exactly what you would dream he would be if you met him in person.”

“But here’s the problem with me, doctor!” Short, desperate, interrupted. “I need an audience and Zoom’s not enough! So what am I to do?”

SCTV Having a Moment

This, of course, isn’t the first time the SCTV cast reunited in recent years. In 2018, some of the show’s alumni joined director Marin Scorsese to film an SCTV reunion special for Netflix. And in 2015, Eugene Levy and Catherine O’Hara sat down with Zoomer and discussed memories of their SCTV days.

“We did no interviews while we were doing SCTV. Only now, 40 years later, are people talking about SCTV,” O’Hara laughed during that interview.

“It was a fun way to work … Saturday Night Live, they started out, they were in New York, and they had New York City at their feet. And we went to work and then went home for dinner. Just as exciting in its own right,” Levy added. “There’s something very kind of Canadian about it, which is, just do your work and then go home and, you know, shut up about it. Don’t make a big deal.”