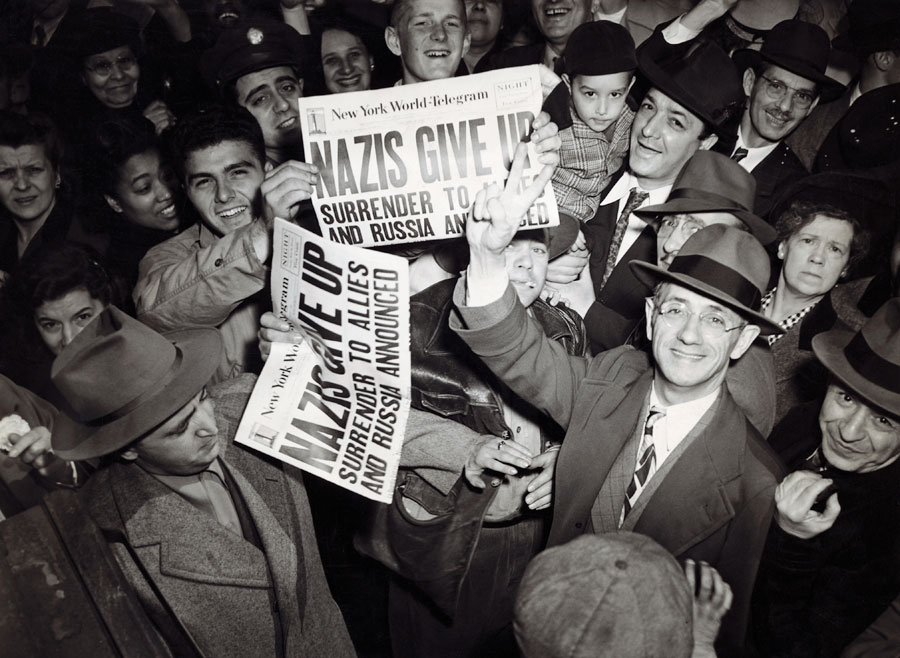 Today marks the 75th anniversary of VE Day, when Canadians joined the chorus of millions around the world in celebrating the end of the Second World War in Europe. Of course, for those who remember it, the moment of relief and elation was a long time coming.

“By the spring of 1945, Canadians had waged war against a relentless enemy on the North Atlantic, at Dieppe, Hong Kong and Normandy, in the air over Germany, and most recently, in the Netherlands and the Rhineland,” the Canadian Encyclopedia recalls. “More than a million Canadians had served in the armed forces — 42,000 had been killed and tens of thousands more were wounded or awaiting liberation in prisoner of war camps. The country was in an expectant mood — eager for victory and ready for peace.”

And while it’s vital to commemorate the anniversaries of such monumental moments as VE Day, it’s equally important to remember the stories of the soldiers who put their lives on the line in the name of freedom.

In that vein, few historians have memorialized the history of Canadian servicemen and women like best-selling author, journalist and broadcaster Ted Barris, 70, recipient of a Veterans’ Affairs Commendation (2011), Queen Elizabeth II Diamond Jubilee Medal (2012) and a Libris Best Non-Fiction Book Award (in 2014 for The Great Escape: A Canadian Story) who’s dedicated five decades to chronicling the oft-untold heroics of Canadians at war. In his book, the 2018 release Dam Busters: Canadian Airmen and the Secret Raid Against Nazi Germany, the Toronto native recounted the story of one of the Allies’ first victories in Europe, a decidedly Canadian operation that helped turn the tide of the war, leading to the VE Day celebrations two years later.

The Dam Busters raid, as Barris explained during an interview with Zoomer ahead of the book’s release, took place almost exactly 77 years ago, on May 16 and 17, 1943, after “a weirdo scientist in Britain named Barns Wallace invented a bomb that could bounce over the reservoir water where the Nazis had developed these huge dams on the Ruhr River.” Barris notes that the dams “powered the Nazi industrial military complex [that was] building the weapons that the Nazis were using against everybody in Europe. The scientists figured that if we could bomb those dams it would knock out all the water production, the hydroelectricity, the iron production and the steel production that was developing these weapons.”

The mission was simple, yet deadly: “The job of 19 crews was to fly in with a four engine Lancaster bomber at treetop level with a 10,000 pound bomb in its belly from England to the Ruhr Valley and back to deliver this bouncing bomb to those dams.”

Barris adds that, “This extraordinary operation … took place when the allies had no victories to their credit, [and] turned the tide to a certain extent in the war because this was a victory to breach those dams … water flooded for 100 miles down the river killing a lot of people but destroying those munitions plants and airfields and all the Nazi build-up for 100 miles. And nobody realizes this is a Canadian op.”

In fact, the author writes in his book that, while so many other books and films about the Dam Busters operation exist, “You can’t find the Canadians in any of them.”

“And they’re everywhere — there were Canadian pilots in this rig, Canadian navigators, flight engineers, bomb aimers, gunners, ground crew Canadians. In addition to the men on the operation one of my thesis in the book is the [fact] that most of these guys [who] were trained here in Canada, even the Brits, made this operation possible,” Barris declares. “All of the training of air crew, bomber crews, fighter crews, ground crews, transport crews, coastal command, everybody was trained in Canada. We trained a quarter of a million men here in the Second World War for military air operations and half of the men on the Dam Busters raid were trained in Canada, which means if they hadn’t had that basic high standard of training here, none of this could have happened. So it’s a Canadian story from its roots to its treetops.”

So why don’t Canadians know more about such efforts of their countrymen and women at war?

“Since the time I went to school in the 50s and 60s, only our peacekeeping operations, at best, were discussed. We’ve never been described as a warrior nation when nothing could be further from the truth,” Barris says, noting that Canada has taken active roles in both World Wars, the Korean War, NATO operations, Afghanistan, Iraq, and others. “And a lot of people ignore that, thinking, ‘Ah that’s old war stuff, why would we be interested in celebrating or acknowledging that?’ Well, because we played a role in restoring peace to Europe twice, because we played a role in trying to restore peace in the Korean peninsula and get women who have never had a chance to go to school in Afghanistan that chance. All of those reasons, for whatever the politics, put men and women from Canada in extraordinarily sensitive and difficult positions. Why not find out what that was like?”

He adds, “The human experience in warfare is something that will probably be analyzed long after I’m gone, but if I can begin to deal with it in a very tangible [way] while the veterans are with us still and even if they’re not, maybe I’m contributing to a better understanding of what that’s like, why it’s wrong to wage war, why it’s sometimes necessary and how young men and women, who bare the brunt of this experience, fare and how it changes them.”

A version of this story was originally published on May 7, 2019.