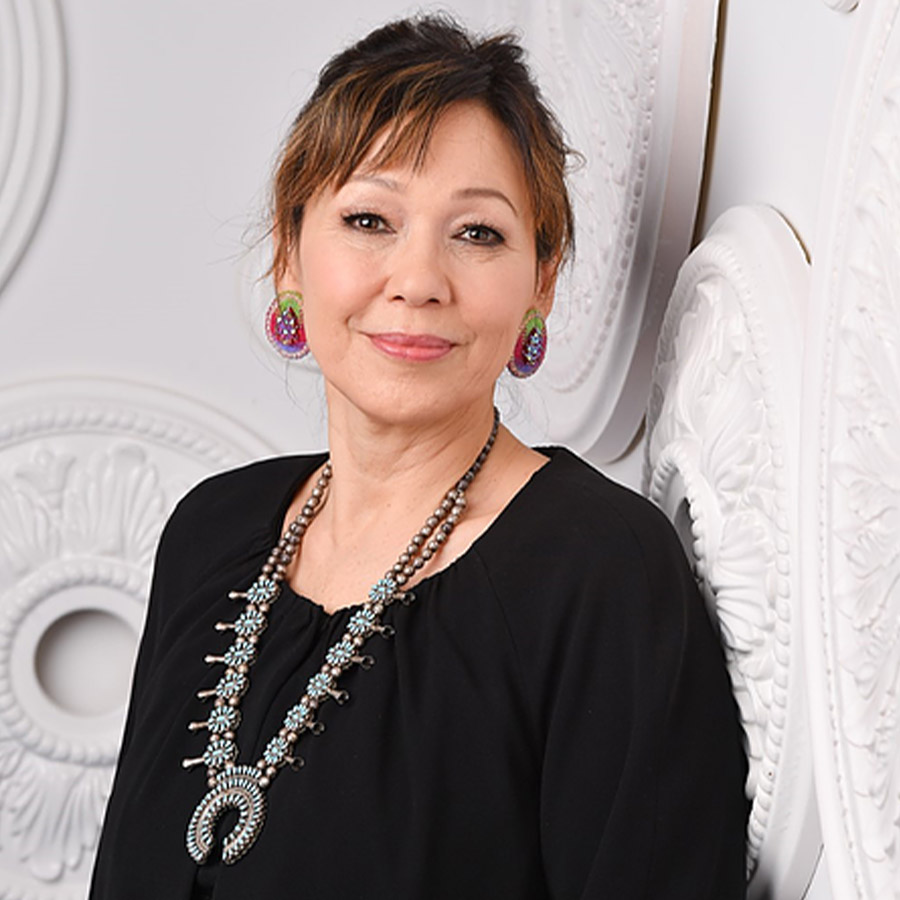 Actress and producer Tina Keeper, 59, receives the Earle Grey Award for her work in television at the 2021 Canadian Screen Awards. Photo: George Pimentel via The Canadian Academy

Cree actress and producer Tina Keeper, 59, has experienced two Canadas in her lifetime.

In one Canada, she’s the Gemini Award-winning actress who starred on the hugely popular television series North of 60; the co-creator of the production company Kistikan Pictures; producer of various Indigenous-focused television and film productions; and co-star in recent movies such as the 2018 films Falls Around Her and Through Black Spruce (which she also produced). As well, in 2014 she co-produced Going Home Star, a ballet co-created by the Royal Winnipeg Ballet and the Truth and Reconciliation Commission about “a young, urban First Nations woman adrift in a contemporary life of youthful excess.” Plus, Keeper served as the Member of Parliament for the Churchill-Keewatinook Aski district in Manitoba from 2006 to 2008.

In the other Canada, however, Keeper is a member of the Norway House Cree Nation in Manitoba, the daughter of parents who were sent to residential schools in their youth. Her father, Joseph I. Keeper, helped found the National Indian Council in 1961 and earned the Order of Canada for “creat[ing] several important Native institutions and is best known for his significant role in the Northern Flood Agreement,” while her mother served as a community worker. Her paternal grandfather, Joseph Benjamin Keeper, competed as a long-distance runner for Canada at the 1912 Stockholm Olympics before earning the Medal of Bravery for serving in the First World War.

However, the Winnipeg-born Keeper noted during a recent phone interview that despite her family’s accomplishments, “they never became part of Canadian society or were accepted into Canadian society, as Indigenous people.

“My own family’s experience has been really harrowing because we’ve gone from a self-sufficient people to losing all of our resources and being regulated out of creating our own communities, our own homes, all of that within a generation because we’re from the north,” she said, adding. “So I have this other experience, and then I have this experience of being this familiar face to Canadians.”

On Thursday, May 20, Keeper will receive the Earle Grey Award — an honour that recognizes a celebrated career in television — from the Canadian Screen Awards. Past recipients include Tantoo Cardinal, Colm Feore, Wendy Crewson, Paul Gross and Clark Johnson. Keeper, for her part, notes that she’s “deeply honoured” and “very humbled” by the award — one she shares with “the cast and the producers and creators of North of 60 because that was such a pivotal program, and it was also a very successful program.”

She also said that her experience as an Indigenous woman in Canada’s television industry — and entertainment industry as a whole — has given her hope for the overall relationship between the country and its Indigenous population.

“It’s taught me a lot and it has been something that’s really helped me just keep moving forward in my career and for my family,” she said. “[Reconciliation] seems out of grasp sometimes, but there’s other times where I know it’s possible because of this particular experience I’ve had. And … I’m really grateful for it.”

Keeper, in fact, never specifically set out to become an actor. In university she studied the craft and joined Indigenous theatre groups, but she “never imagined a career in film or television” because “you didn’t see a place for yourself in this world.”

Instead, she planned to start a masters degree and become a history professor when a few small acting parts led to her being cast on her most popular and well-known project, North of 60. The hit CBC series, about a First Nations community in the Northwest Territories, ran for six seasons between 1992 and 1997, followed by a number of made-for-TV films.

“Most of us [in the cast], except for Gordon Tootoosis and maybe Lubomir Mykytiuk and Tom Jackson, were pretty green. The [young] Indigenous actors — we were all from theatre … I’d done a couple of days on a film, but, like, four days and that was it. I’d never been on television.”

She adds that it took a few years for the North of 60 team “to iron out our relationships between the different dynamics that were going on with a non-native crew and non native production house.”

For her role as RCMP Const. Michelle Kenidi, Keeper won the Gemini Award for Best Actress in 1997 and received four other nominations in the category over the course of the show’s run.

“My experience on North of 60 sort of came on the heels of The Beachcombers, which is very Canadiana. And now we have Heartland, which has become sort of another Canadian staple. But when you’re one of those projects that really speaks to all Canadians and you have … all the rest of Canada watching the show, you become part of really kind of the pop culture of the country.”

She adds that, even now, in the midst of the pandemic — “with my mask, and I’ve got grey hair, I’ve got my granddaughter with me” — people still recognize her. “How is this possible?” she laughs. “But, again, you become part of the imagery and discussion. I think people feel like they’re seeing themselves in the relationships that are on that show. So it just becomes part of Canadiana.”

Still, Keeper declares, when it comes to Canadian television, despite her acting success, and her work as a producer dating back to 2010, “you still don’t feel like you have, really, a place in the industry.”

She believes Canadian broadcasters are trying to do better, particularly with the Indigenous Screen Office, an advocate organization with a mission to “support and develop Indigenous screen storytellers and Indigenous stories on screens [and] increase representation of Indigenous peoples throughout the screen industries.” She adds, though, that “North of 60 shouldn’t be the end all and be all” when it comes to telling the stories of Indigenous communities.

To that end, she says she’s happy to see the supernatural thriller TV series Trickster nominated for multiple Canadian Screen Awards — including for a number of its Indigenous stars — this year. As well, she points to the “shifting landscape” in Canada that is “making room and it is going to honour and invest in the BIPOC industry and Indigenous filmmakers because we’re part of Canada.”

Keeper also says that, by working with non-Indigenous colleagues on projects like the Royal Winnipeg Ballet, or on the film Through Black Spruce, she learned that “sometimes we’re greater together. You work with skilled artists, you work with the best and work on a concept. And that concept may be steeped in one culture, and that’s what you’re aiming for. And I feel like that’s where we’re kind of headed and I’m really excited about that.”

She points to filmmakers like Mohawk director Tracey Deer, who created and produced the television series Mohawk Girls and also worked in documentaries before making the feature-length movie Beans — a coming of age story set against the backdrop of the Oka Crisis — that was a runner-up for the coveted People’s Choice Award at the 2020 Toronto International Film Festival.

“And people like Elle-Máijá Tailfeathers and Danis Goulet and Jeff Barnaby … I mean, there’s so many people that are making really, really powerful work now, and are very talented.”

She notes that she always felt that she would follow in their footsteps and how, looking back, she sees that, in many ways, she has — including in her work as an MP. As well, she says, “North of 60 was a significant part of that.”

Of course, in that vein, she still has her sights set on the future. Keeper plans on immersing herself in the film and television industries “to impart any opportunities to Indigenous filmmakers and Indigenous artists.”

She’s also excited to receive her Earle Grey Award, and for the ongoing changes she’s seeing in terms of representation in the Canadian television industry.

“And I think it really represents Canada as a country, as a diverse, rich, very, very talented country,” she says. “And the cultural landscape needs to reflect that. I’m really excited about it.”

Tina Keeper receives the Earle Grey Award as part of the final night of the 2021 Canadian Screen Awards on Thursday May 20. The event will stream live on Academy.ca as well as the Academy’s YouTube and Twitter channels beginning at 8 p.m. EST.