Graceland: With the Passing of Lisa Marie Presley, What Does the Future Hold for the Legacy of Elvis and the Presley Family? 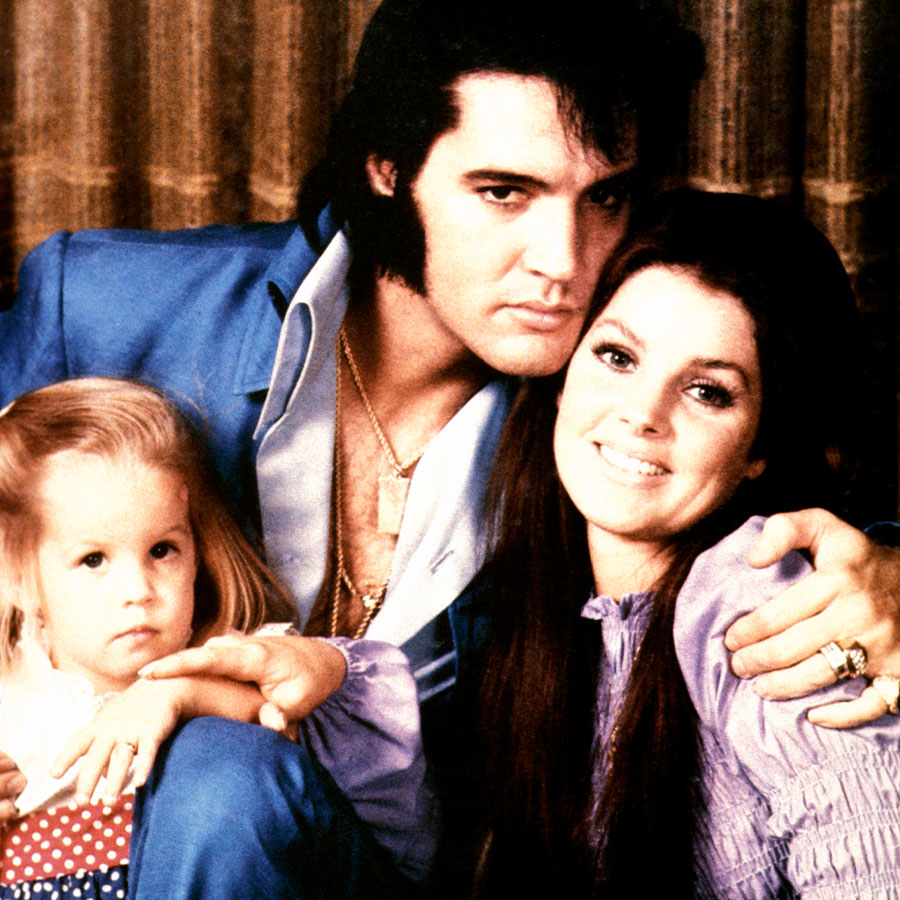 Elvis Presley, with his then-wife Priscilla and a two-year-old Lisa Marie in 1970. Photo: GAB Archive/Redferns/Getty Images

Singer-songwriter Lisa Marie Presley was buried at Graceland on Jan. 19 across from her legendary father, Elvis Presley, closing a circle that is both uncomfortably intriguing to the masses and undeniably tragic for her family — a real-life Southern Gothic tale with bona fide Hollywood connections.

Not that the story needs cinematic embellishment.

Presley, daughter of the King of Rock ’n’ Roll and wife Priscilla Presley, 77, died suddenly on Jan. 12 of apparent cardiac arrest less than a month before her 55th birthday.

Lisa Marie Presley was, in the words of the New York Times, “rock ’n’ roll royalty. Graceland was her castle.

“When Elvis Presley died in 1977, Lisa Marie Presley, his only child, inherited Graceland — an eight-bedroom, eight-bath Colonial revival house in Memphis that became one of the most iconic pieces of real estate in American music history.

“Graceland was the personal home of the king of rock ’n’ roll from 1957 until his death at the age of 42. For Ms. Presley, rock ’n’ roll royalty who died on Thursday in Los Angeles, Graceland was the castle where she spent holidays with her father, and notoriously had full daytime reign of its grand, chandelier-lit rooms while her night owl father slept.”

Much more than just “one of the most iconic pieces of real estate in American music history,” Graceland was and remains a cultural touchstone for the entire globe, a place where “poor boys and pilgrims with families” are received, as Paul Simon sang in his 1986 hit of the same name.

Part tourist attraction, part fan pilgrimage site, part giddy emblem of dodgy, era-specific decorating choices, Graceland is also a private cemetery and thus a tribute to a family that has had perhaps more than its fair share of sorrow, not to mention notoriety bordering on infamy, amid its successes.

In addition to Elvis Presley, his parents, Vernon and Gladys and his grandmother Minnie Mae, Graceland’s Meditation Garden is also the final resting place of Benjamin Keough, Lisa Marie Presley’s only son, who died by suicide at age 27 in 2020.

Lisa Marie Presley was buried beside him, and Rolling Stone notes that her death comes several months after she detailed feeling “destroyed” after Benjamin’s death in a candid essay for People.

Of course, there were bright spots amid the blackness. Just two days before her death, Lisa Marie Presley and Priscilla Presley attended the Golden Globes ceremony in Los Angeles, where actor Austin Butler, who portrayed Elvis in director Baz Luhrmann’s carnivalesque biopic about the musician, was fêted with a Golden Globe for Best Actor in a Motion Picture – Drama.

“Lisa Marie, Priscilla, I love you forever,” Butler said during his acceptance speech; the trio was photographed together smiling. That event must have been especially meaningful for Priscilla Presley who revealed to Zoomer in a 2015 interview that she worried about Elvis’ legacy.

“My son [with Marco Garibaldi] can listen to [an old Elvis recording] and I say, ‘Do you like this?’ [And he says], ‘Yeah, for back then it was great,’” Presley explained. “That scares me a little bit. And he’s in his early 20s. And I’m thinking, ‘If he’s thinking that, so is the younger generation.’ We lived it and we knew the phenomena. We know the legend that [Elvis] is, and the goal is to try to keep him as current as possible.” she said at the time.

On the surface, the idea of future generations not knowing who Elvis Presley is seems as ridiculous as them not knowing William Shakespeare, or the Beatles. But it’s certainly possible. And over the years, posthumous record releases and remixes of his songs have kept Elvis in the public consciousness — though perhaps never as much as in this current moment, as the Elvis biopic, and Austin Butler, continue to receive award season love.

With Priscilla and Lisa Marie by Butler’s side at award ceremonies and film festivals, that Elvis link from the past to the present remained intact. Younger millennials and gen-Z have a physical manifestation of the King of Rock ’n’ Roll — albeit in the form of an actor who portrayed him — with whom to connect. He isn’t merely someone from their grandparents’ old record stash. He’s real, in living colour.

But with Lisa Marie’s passing, we’ve lost the only direct link to the Presley legacy. No doubt Priscilla, at 77, will continue her work to maintain Elvis’ relevancy while also honouring her daughter. But Elvis’ oldest grandchild — actress Riley Keough, 33, and daughter of Lisa Marie — has her own career to concentrate on, while her younger sisters, 14-year-old twins Harper Lockwood and Finley Lockwood, will likely have their own pursuits to follow when they’re older too. Even Austin Butler will move on to other roles and leave the Elvis persona behind. In 20 or 30 years, how will the Presley legacy be remembered in popular culture? In fact, for the first time in generations, there won’t even be a member of the family named Presley in show business.

Meanwhile, when it comes to the physical Graceland estate, The Guardian notes in its obituary of Lisa Marie Presley that she was at the home when her father died there in August 1977. She was also there a week before her own death, marking what would have been her father’s 88th birthday on Jan. 8, among fans gathered in his honour.

So yes, Graceland — like Mercer House in author John Berendt’s 1994 bestseller Midnight in the Garden of Good and Evil — epitomizes the idea of Southern Gothic, with mystery, myth, and misfortune bubbling beneath its roof, drawing legions of curious onlookers who seek transcendence in whatever liminal magic drifts its in the ether.

And what of Graceland now? According to The Times, Lisa Marie Presley’s three daughters — actress Riley Keough and Harper and Finley Lockwood — will inherit it and its grounds.

“The home itself, the mansion, was owned by Lisa. Even though we have a deal where we manage it and take care of it, that will stay with the trust,” Joel Weinshanker, a spokesperson for Elvis Presley Enterprises, which handles the licensing and merchandising components of the business, confirmed to The Times.

“That trust will pass to Riley, Finley, and Harper. And Harper and Finley are minors, so at the end of the day, the trust will be run by Riley.”

Lisa Marie’s daughters could be forgiven for wanting to distance themselves from Graceland. It is after all the place where their grandfather died so young with so much untapped potential. It’s where their brother (and half-brother) was buried even younger.

And it’s where their mother — like their grandfather and great-grandmother, potentially felled by a genetically inherited bad heart some believe can be traced to intermarriage between Elvis’ maternal grandparents, who were first cousins— shall remain forevermore. Lest we need to state the obvious, 54 is far too young to die.

Even so, “poor boys, pilgrims,” and fans of Elvis Presley and Lisa Maria Presley will continue to gather on the estate’s manicured grounds — or, this being the 21st century, view it via live cam — to pay tribute to its deceased marquee owners.

Indeed, a public memorial service will be held for Lisa Marie Presley on Jan. 22 at 9 a.m. on Graceland’s front lawn.

Tributes Pour in for Lisa Marie Presley, Who Died at 54 Following Cardiac Arrest