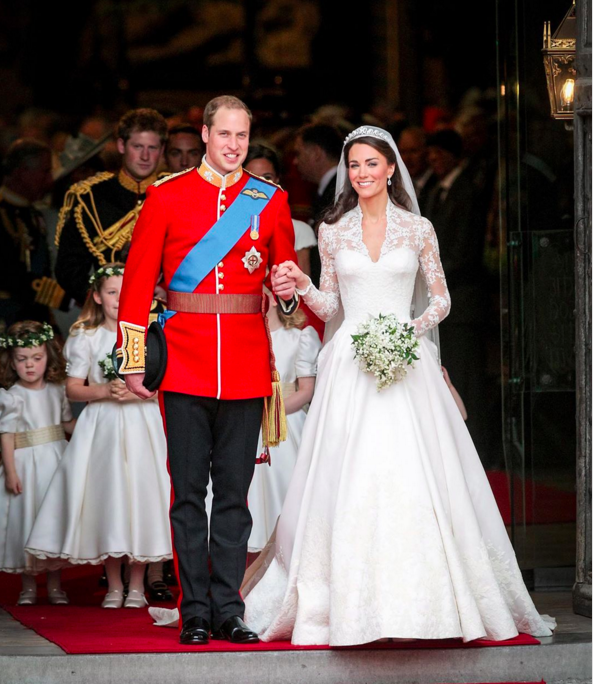 To mark the 9th wedding anniversary of the Duke and Duchess of Cambridge, the royal couple released a throwback photo of their wedding at Westminster Abbey on April 29, 2011. Photo: @Kensington Royal/Instagram

Happy ninth wedding anniversary to the Duke and Duchess of Cambridge! Like the rest of the country, the royal couple are currently in coronavirus lockdown, so the celebration will be a private one at their Norfolk home, Anmer Hall, where they have been isolating with their three children, Prince George, Princess Charlotte and Prince Louis.

On Wednesday, the future Queen and King posted a message on their official @KensingtonRoyal Instagram account saying, “Nine years ago today – thank you for all your lovely messages on The Duke and Duchess of Cambridge’s wedding anniversary!” The post also featured an iconic photo of the couple on their wedding day. It’s hard to believe that it’s been nine years since the world was riveted by the pomp and circumstance of the royal nuptials at Westminster Abbey on April 29, 2011. For fans of the couple, the marriage was a long time in coming. Prince William and Kate Middleton first met in 2001 at the University of St. Andrews, where they lived in the same residence. Following a brief breakup in 2006, the couple reunited the following year and became officially engaged in November 2010, although Prince William had proposed earlier that year while the couple was on safari in Kenya.

Following the wedding ceremony, the couple continued the tradition of sharing a kiss on the balcony of Buckingham Place and waving to the cheering crowds. Afterward, the newlyweds gathered with family and close friends for a private reception.

Since this time, the couple have given birth to three children, Prince George, 6, Princess Charlotte who turns 5 on May 2, and little Prince Louis who celebrated his second birthday last week.

Last year, to mark the couple’s eighth wedding anniversary, the Queen bestowed upon the Duchess the highest seal of approval, the Dame Grand Cross of the Royal Victorian Order (GCVO) for services to the sovereign. Since this time, Kate has continued to grow into her royal role as we reported in The Rise of Kate Middleton: The Future Queen’s Blossoming Role in the Windsor Family Tree.