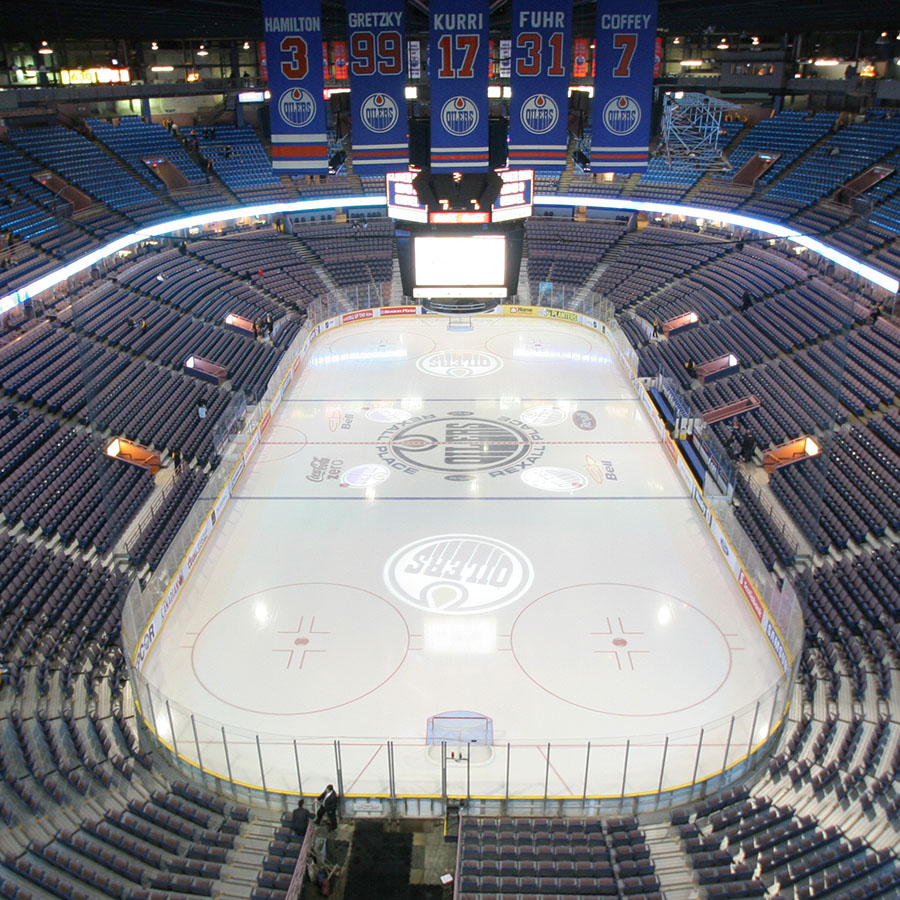 With the panemic completely upending the world of athletics in 2020, we relive 8 wacky moments that defined this bizarre year in sports. Photo: Tim Smith/Getty Images

In the mid-80s, Bob Uecker hosted a largely forgotten weekly television show called the Wacky World of Sports, a pre-YouTube compilation of videos that captured hilarious bloopers and weird occurrences in the world of sports.

I bring this up because the strange happenings that unfolded in the sports arena during 2020 would have provided ample content for this show.

As the pandemic struck, professional leagues closed down for a few months, and for the first time since the invention of television there was no sports on the airwaves.

These were trying times for sports fans who could only get their fix by watching wrestling (which somehow managed to continue without interruption), replays of famous games from pre-pandemic times or, when times got especially desperate, re-broadcasts of the World Series of Poker. (Yes, I will admit, I watched that.)

And even when baseball, basketball, hockey and football re-started operations in the summer and fall, it just wasn’t the same. These pandemic matches seemed lacklustre imitations of the real thing — absent was the thrill of competition we’d all grown to love over the years.

With the prospect of a safe and effective vaccine offering some hope of a return to normalcy, let’s look back on some of the stranger moments of the wackiest year in the world of sports.

One of the more unsettling aspects of pandemic sports was watching games played in front of vacant stadiums. Perhaps the most soul-sapping experience this year was watching the L.A. Rams play a football game in the vast emptiness of their brand new, state of the art, $5 billion-dollar SoFi stadium (pictured above). Without the essential background noise that fans provide —whether it be wild cheers or angry boos — it felt like we were watching video games rather than actual live competition. Teams did their best to compensate for the lack of spectators by piping in crowd noise, placing cardboard cutouts of fans in empty seats, or erecting digital boards that display fans watching on zoom. But none of these ersatz efforts came anywhere near to replacing the sheer magical drama that a full stadium of raucously cheering fans evokes.  Thankfully, some southern U.S. states are now allowing a couple of thousand well-distanced spectators into football games. It’s amazing how the presence of a even a few fans makes a game suddenly more legitimate, and far more compelling.

When the federal government denied giving a special exemption to Canadian sports teams to travel back and forth across the Canada and the U.S. border, it left two Toronto-based teams facing a conundrum. With the prospect of their season being cancelled, the Toronto Blue Jays and Toronto Raptors had no choice but to relocate operations south of the border. It just didn’t seem right watching the Jays play their “home games” in Buffalo, and it will take some time getting used to watching the Raptors ball out in Tampa, where they’re slated to begin the season. “We love Toronto and Canada, and we know we have the best fans in the NBA,” wrote Raptors President Masai Ujiri in a letter pleading to fans to follow his team in their temporary location. “For now, I’ll ask you to cheer for us from afar, and we’ll look forward to the day we are all together again.” Until then, we’ll have to make do cheering for the Tampa Raptors and learn to chant: “We the South!”

From Hero to Zero

When the L.A. Dodgers won the 2020 World Series over the Tampa Bay Rays, it touched off a joyous on-field celebration of players and families.

Unfortunately, this magical moment soon became enveloped in controversy when it was revealed that third baseman Justin Turner, who was pulled from the game in the eighth inning after testing positive for COVID-19, ignored isolation rules and joined his teammates on the field, hugging fellow players and posing for pictures all the while knowing he was a potential vector for infection. Turner, who played a huge role in the Dodgers’ success, suddenly became a pariah. And instead of earning his rightful place in L.A. sporting history, he was subjected to heavy criticism by local sportswriters and admonished for his reckless behaviour.

You Call That a Parade?

It’s traditional for championship sports teams to celebrate their success by holding a parade through the city. The Toronto Raptors 2019 championship parade was was one such memorable affair, with millions of screaming fans making it one of the the most delirious — and defining — sporting moments in the city’s history. But this year, because of social distancing restrictions, a city-wide parade just wasn’t possible. So the Tampa Bay Lightning were forced to celebrate their Stanley Cup by holding a boat parade along the city’s Riverwalk, with fans cheering them from the shore. While honouring the Cup champs on the water was an ingenious way of skirting public gathering restrictions (and may well qualify as the most Tampa thing ever), it certainly pales in comparison to the outburst of joyful chaos that unfolded on the streets of Toronto when the Raptors won. Now that was a parade!

In order to re-start their operations, sports leagues implemented strict COVID-19 testing and contact-tracing policies. When outbreaks occurred, teams were shutdown and the players who tested positive sent home for a two-week quarantine. Baseball’s Miami Marlins and St. Louis Cardinals had so many positive tests, that for a while it looked like they were going to have to cancel their seasons. With the virus taking its toll, teams in every sport faced depleted rosters and the competition suffered greatly. At one point, the situation became so perilous for the NFL’s Denver Broncos that they lost their first-, second- and third-string quarterbacks to the COVID-19 cannot-play list. Unable to bring in a temporary replacement, the team was forced to install rookie wide receiver Kendall Hinton as their starting quarterback, a position he hadn’t played since high school. Hinton gamely took to the field for one game and while he played his heart out, the results weren’t pretty. He completed only one pass for 13 yards the entire game, on his way to a 31 – 3 shellacking at the hands of the New Orleans Saints. “He did everything he could,” Broncos coach Vic Fangio said of Hinton’s valiant effort. “That was a big, big ask and it just didn’t work out.” Hinton deserves a medal — and a raise — for his efforts.

With the pandemic forcing the cancellation of the 2020 Summer Olympics in Tokyo, the International Olympic Committee still managed to cause a stir by announcing that breakdancing, an athletic gymnastic-style of street dancing, would become a competitive sport at the Paris 2024 games. Breakdancing was developed for the funk break in hip-hop songs by African-American and Latino youth in the Bronx in the 1970s and has since gone mainstream and global. By adding breakdancing — as well as skateboarding, sport climbing and surfing — into the Olympics, the IOC is making a bold (some might say completely insane) effort to reach out to younger generations who have perhaps grown bored by traditional summer events. The sport will feature two “breakers” – referred to as b-boys and b-girls – going head-to-head. According to the IOC’s webpage, “breaking battles” will be scored by judges who will be giving marks based on “creativity, personality, technique, variety, musicality and performativity.” While the breakers are unquestionably highly skilled performers, can any competition that judges an athlete’s “musicality” and “performativity” even be considered a sport?

For most of its 86 years of existence, the hallowed Masters golf tournament has been an annual fixture on the spring sports calendar, with the beautifully lush course at Augusta heralding the end of a long, cold winter and the promise of warmer weather to come. But this year, with the first wave of COVID-19 in full swing, organizers were forced to move the tournament to from April to November. With the usually verdant Augusta course looking  more than a bit dull and worn, the usual Masters magic was nowhere to be found. The one highlight of this underwhelming tourney was the play of 63-year-old Bernhard Langer, who not only became the oldest person ever to make the cut at Augusta but finished three under for the tournament, ahead of golf luminaries like Tiger Woods, Jordan Spieth and Bryson DeChambeau. “Even though I’m bombing it by him, he’s still playing better than me,” said 27-year-old DeChambeau, obviously impressed by the older guy’s performance.

In late August, the Milwaukee Bucks refused to take the court for an NBA playoff game to protest the police shooting of Jacob Blake, an unarmed Black man. In a year when racial issues boiled over and basketball players wore Black Lives Matter slogans on the backs of their jerseys, the Bucks’ boycott was the tipping point of just how politicized sports had become.

The NBA responded to the growing protest by cancelling playoff games for two days and baseball and hockey followed suit. While many admired the players for acting on their beliefs and taking a brave stand against police brutality and racism, others worried that the players had crossed a significant line. Until 2020, sports had always provided fans with an enjoyable escape from the issues that trouble the world. But with the increasingly blurred line between politics and sports, it seems impossible to imagine that the two will ever be completely separate again.

Let the Games Begin! Pandemic-Era Sports Resume With a Much Different Look and Feel