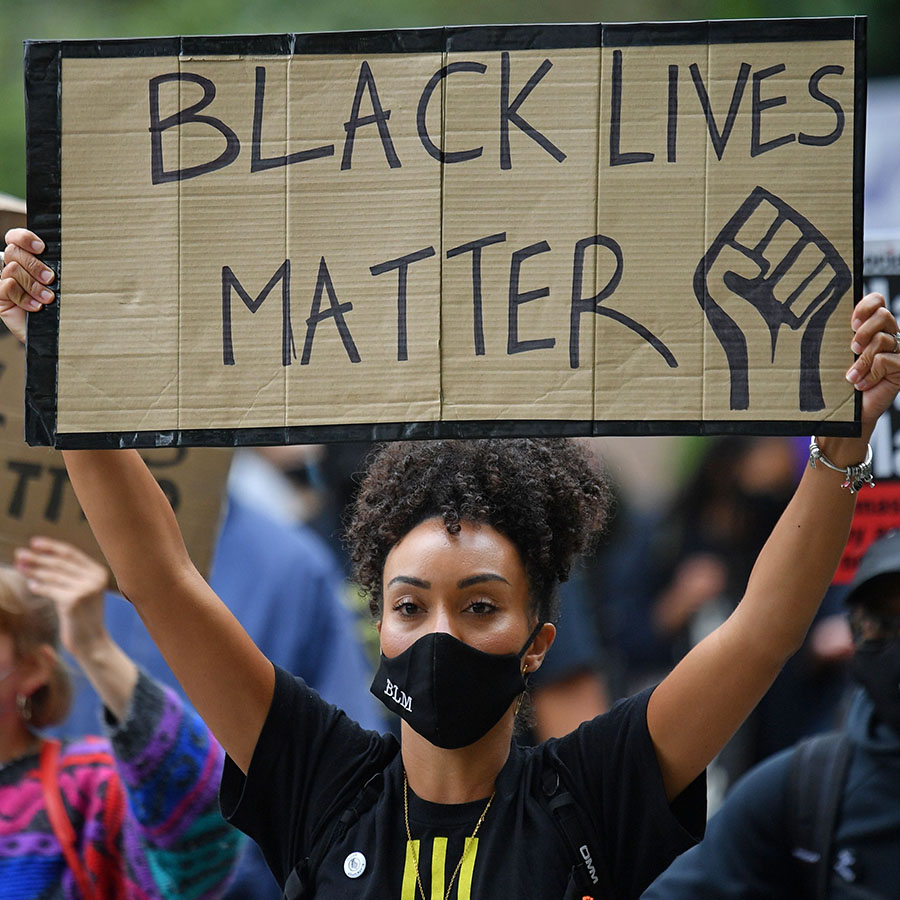 2020 will be defined by COVID-19. But another major shift took place — a Great Awakening centred on the anti-Black racism movement. Photo: Justin Tallis/AFP via Getty Images

The year 2020 will be remembered for the worst pandemic in modern times. It will also be marked as the year we experienced a global reckoning on race.

The deaths of three unarmed Black men and women — George Floyd, Breonna Taylor and Ahmaud Arbery — who died at the hands of police spawned an anti-Black racism movement that pushed Black Lives Matter into the mainstream. Like COVID-19, the protests and demands for change spread around the world in never-before-seen ways. CNN pundit Van Jones called it a “Great Awakening” of empathy and solidarity, one without historical precedent.

So why is this happening now?

From Rodney King’s brutal beating by Los Angeles Police — caught on videotape and broadcast around the world in 1991 — and the ensuing riots, to the tragic death of Trayvon Martin in 2013, which prompted the Black Lives Matter movement, we’ve witnessed numerous instances of racial reckonings in recent decades.

Even during the height of the Civil Rights Movement in the 1960s, when Martin Luther King Jr. delivered his iconic “I Have a Dream” speech, in which he imagined a racism-free future, the speech was rooted in a reckoning that America, and humanity as a whole, would one day live up to its principles as a free and equitable society for all — not only those who identify as white.

At the same time, racism was firmly at the fore in 2019. The year 2020, however, put a spotlight on just how unfulfilled King’s dream remains.

The notion of a “Great Awakening” is, like most grandiose statements, rooted in history. In the U.S. there were two Great Awakenings in 18th century. These awakenings were focused on religion and the place for faith in a society that was increasingly prioritizing Enlightenment values of reason, empirical truth, and social betterment through scientific progress.

A New England-based religious movement also came to Nova Scotia in the late 18th century, spreading across the Maritimes. This Great Awakening was primarily a response to the isolation of early white settlers in a land that was largely underdeveloped and lacked a cultural identity.

Out of these awakenings came various new Christian denominations, forms of spirituality, and the establishment of religious-based institutions.

At the same time, as the Western world increasingly began to value “evidence,” scientists used data to justify racial discrimination. Physician Samuel A. Cartwright, for example, even went so far to claim that enslaved African Americans who were fleeing captivity suffered from a mental illness — “Drapetomania.” The effects of a pervasive centuries-long racism infected not only medicine, but also visual and textual cultures. While there were attempts in the 20th century to atone for this, it has never fully been reconciled.

Like the pandemic, meanwhile, this current “Great Awakening” on anti-Black racism took on heightened relevancy because of two unprecedented shifts in our culture.

First, people used the internet differently. At the start of lockdowns, as people looked for ways to “stay connected,” they began to use social media like Tik Tok, streaming services such as Netflix, and the online learning tool Zoom in larger numbers. This increased online time coupled with the widespread closures meant that one’s attention was more acutely focused on happenings online. As a result, news and stories of unarmed Black people being killed at the hands of white police officers just felt different than in years past. As we moved online, the digital world amplified what, in “normal” times, would have gone unseen due to the distractions of contemporary life.

Second, the urge to protest was felt deeply because of a profound realization that racism is as much a public health crisis as COVID-19. The hundreds of thousands of people who took to the streets around the world were spurred in part because of sheer outrage at the brutality of the killings. But it was also the feeling that, while one could die from coronavirus, Black people are dying because of racism.

Even though Taylor’s and Arbery’s cases occurred months before, the cruelty and inhumanity of Floyd’s murder took over the zeitgeist, spurring even the apolitical into the public conversation about anti-Black racism.

Most prominently, Meaghan Markle, the Duchess of Sussex, gave a graduation speech to her former high school, Immaculate Heart in Los Angeles, in support of Black Lives Matter — an act unheard of from members of the Royal Family.

The movement’s leaders also made political strides. Cori Bush, an African American community organizer who led multiple protests after the shooting death of Michael Brown in Ferguson, MO, in 2014, became the first Black woman to represent the state in the U.S. House of Representatives.

While Time magazine has named the incoming U.S. president and vice-president Joe Biden and Kamala Harris as Persons of the Year, many rightfully disagreed, arguing that frontline health care workers had the greatest impact on our society this year. And they’re right — 2020 is bigger than any election or celebrity figure.

This year is about “Us.” Collectively, we all have had to ask ourselves the question: what kind of society do we want to live in? And is it not time that everyone is treated equally in it?

From our health to the economy to the “return” to life as we once knew it, a lot of people fear the uncertainty of our times. Life will never return to what it once was — this is an unquestionable fact. And why would we want it to?

In terms of the fight for racial equality, this moment serves as an opportunity to finally turn King’s dream into reality. We can move beyond “slacktivist” statements, or ceremonial gestures like political leaders kneeling at protests to actually implementing policies, changing institutional cultures, and understanding that calls to “defund the police” are not threats to the fabric of our society but, rather, the beginning of long overdue conversations toward building a more just society.

Agreeing that real social justice is necessary is one thing. Daring to climb to the social change mountaintop is another.

If we can use 2020 as a catalyst for change by creating space for Black voices in our workplaces, diversifying the reading lists in our schools, and embracing uncomfortable conversations about race and equity with friends, family and colleagues, what is waiting for us on the other side of this moment will be better than where we are today.

Cheryl Thompson is an assistant professor in the School of Creative Industries at Ryerson University. Her next book, Uncle: Race, Nostalgia and the Politics of Loyalty will be published by Coach House Books next February.