Can ‘Parasite’ Actually Win the Best Picture Oscar? The Answer Is Yes 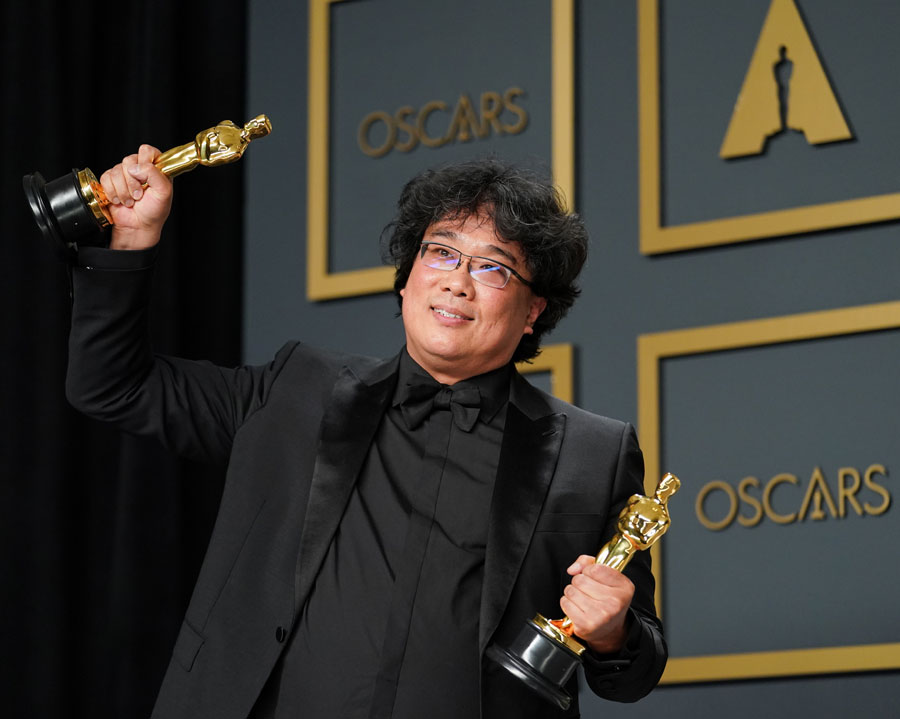 This awards season, Parasite, the tragicomedy about class war from 50-year-old director Bong Joon-Ho, racked up a number of firsts for the South Korean film industry, becoming that country’s first film to win the Cannes Film Festival’s Palme d’Or, the Golden Globe for Best Foreign Language Film and the Toronto Film Critics Association Award for Best Film, among others.

And last night, it achieved something even more unprecedented: it became the first foreign-language film from any country to win the Academy Award for Best Picture.

Along with its Best Picture prize, Parasite also nabbed Best Original Screenplay, International Feature Film and Director for Bong Joon-ho, overcoming a huge bias against films that aren’t in English. (The film was also nominated for editing and production design.)

In theory, the Academy doesn’t have any rules against foreign-language film nominations in any category. In practice, nominations have been rare, and wins even more so: there have been only 23 Oscar-winning non-English movies in the 91 previous ceremonies, and one of them was an American film in Japanese. The Artist managed to win Best Picture despite being from a non-Anglophone country, but it was an almost entirely silent movie (which also had many Americans in the cast).

So why do foreign-language films traditionally receive such little attention at the Oscars? According to Ursula Grisham, head curator for the U.S.-based, foreign film-streaming service Filmatique, one reason is that the Academy “remains a relatively conservative body” despite its recent attempts to diversify. In addition, there is already a Best Foreign Language film award, so some voters may feel there’s no point in rewarding the same movie twice. And the Academy is mostly made up of U.S. film professionals, who are not inclined to give out prizes to another country’s film industry. After all, it took 20 years for a British film, Hamlet, to win Best Picture.

And yet, even before Parasite’s big win last night, this bias seemed to be dissipating in recent years. This is the second year in a row that a foreign-language film has been up for Best Picture. Last year, Alfonso Cuarón’s Spanish-language Roma lost the big prize but managed to win Best Director, making it the first foreign-language film to win in that category. Grisham also points out Hollywood has become more respectful of international film: only a few years ago, successful foreign-language films were usually remade into English-language versions, while today this practice is “viewed as retrograde, if not outwardly offensive, in many quarters.”

If Academy voters have warmed up to subtitles, it may be because audiences in general are more familiar with them now, thanks to the rise of streaming services with a global reach.

“Many subtitled series and films are now available through Netflix, Amazon, Youtube and Kanopy,” said Kyung Hyun Kim, professor of East Asian Studies at the University of California, Irvine. “So we are becoming more tolerant of foreign language films but not necessarily in traditional theatres, which still consistently push them out.”

As such, a movie like Parasite was not as much of a mystery to older Academy voters as it might have been a few years ago. Still, based on more than 90 years of precedent, it was hard for many international film fans to believe the movie really had a shot at Best Picture.

“I think it would have zero per cent of actually winning,” Kim said. Grisham agreed, calling it “highly unlikely.”

The fact that it did win means this could be a game changer for foreign films in general. More could be touted for awards if companies knew it was worth the time and money to produce and promote them.

In fact, in his acceptance speech for the best foreign language film at this year’s Golden Globes, Ho seemed to understand that his success might help other movies get noticed, urging audiences to “overcome the one-inch tall barrier of subtitles” and discover a lot of great films they wouldn’t otherwise have seen.

Older and Bolder: The Best-Dressed Stars on the Oscar’s Red Carpet