In Print: Revisiting the Stories, People and Issues That Defined 2021 in Zoomer Magazine 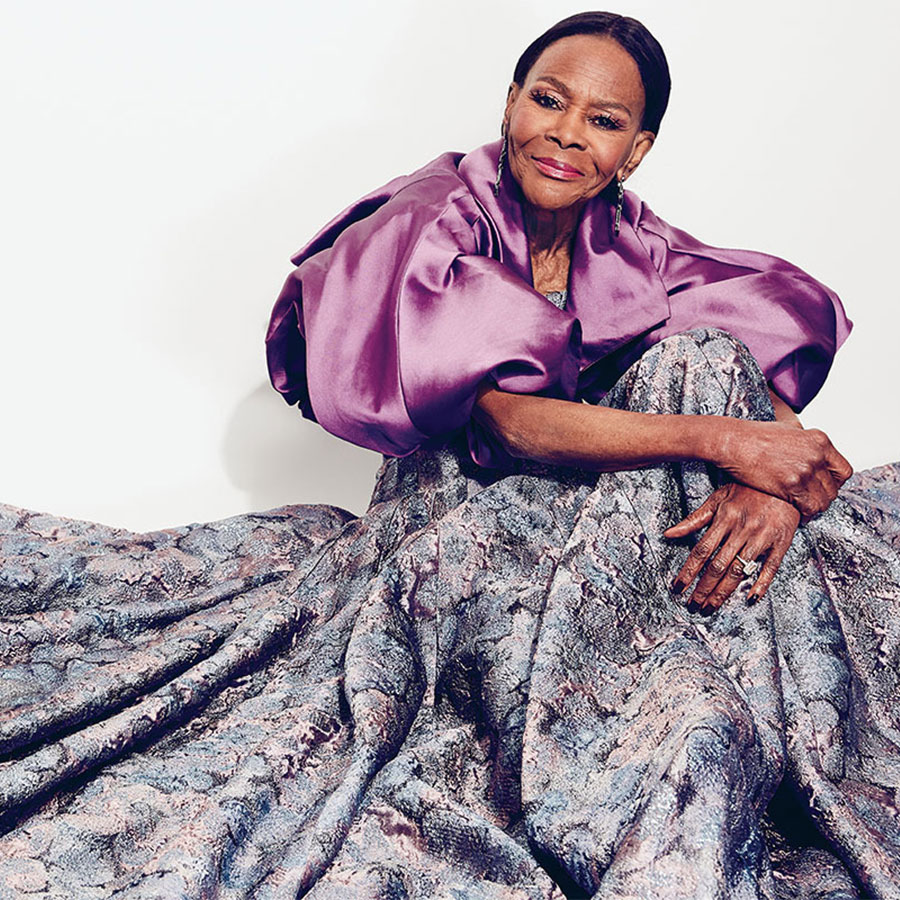 As 2021 comes to a close, we’re revisiting some of the most noteworthy and insightful Zoomer magazine stories from the past 12 months. Photo: Gabor Jurina

The year 2021 brought many struggles to be sure — new waves and strains of COVID-19, political strife and growing climate concerns — but it also presented a plethora of other fascinating and touching stories chronicled in the pages of Zoomer magazine.

From the embrace of grey hair in Hollywood and beyond to the Great Plains foodie movement, tales of vintage truck collectors, personal pandemic stories and one-on-one interviews with Hollywood and sports legends, Zoomer magazine brought stories of aging with dignity and vitality to readers with every issue.

So with that in mind and, as 2021 comes to a close, we’re revisiting some of the most noteworthy and insightful Zoomer magazine stories from the past 12 months.

If we are looking for silver linings from the pandemic, then the embracing — extolling even — of going grey is one (and long overdo). It seemed to reach a fever pitch with actress Andie MacDowell revealing her newly gone-grey-and-still-glam locks on the Cannes Film Festival red carpet in July. And we can find inspiration closer to home, too, in the platinum Rapunzelian tresses of Canadian jazz singer and cover subject Molly Johnson (“All That Jazz” in the same issue). But, as lifestyle writer Viia Beaumanis reports, the look isn’t just for celebs, with at-home grey-hair care that’s come a long way — just in time!

Quote: “It wasn’t grey, so much as silver — dare I say, platinum! Better than the highlights I used to pay for. Even my hairstylist was impressed”  —Leesa Butler, a 49-year-old Toronto marketing executive

As the grief and furor grew over the discovery of the remains of Indigenous children who had been buried in unmarked graves at the sites of residential schools, writer Dene Moore profiled Andy Everson, an Indigenous artist from British Columbia. Everson, who famously designed the logo for the Every Child Matters campaign, describes the effect that residential schools had on his family and explains how he’s now using his art to raise money and awareness for the movement.

Quote: “The capitalist kind of mentality is to raise yourself up and push others down in some ways. We feel that the more we can uplift one another, we all benefit from that”  —Andy Everson

Each Remembrance Day, we pause to honour the men and women who died while serving our country. Because we tend to remember those who lost their lives in the First or Second World War, we often overlook the stories of veterans who took part in other battles. Canadian war historian Ted Barris corrects this oversight in his feature on three vets who lost close comrades in a friendly fire incident in 2002, during the war in Afghanistan.

Quote: “They were the same as me. Young guys full of piss and vinegar. They get this chance to go do something great. They volunteer. They did it, but they didn’t come home”  —Lt. Jeff Peck

Memoirs from Peter Mansbridge, Mark Messier and Rick Mercer and a murder mystery from Chris Hadfield

Quote: “To understand me you have to know that hockey is not the most important thing in my life — family is. … In some ways, for me, hockey is simply an extension of family”  —Mark Messier

It’s an embarrassment of riches. That is, that we have within our borders such geographical, cultural — and gastronomical — diversity. Being grounded by the pandemic afforded us the perfect opportunity to take a fresh look at this land, all nearly 10 million square kilometres of it, with Zoomer executive editor (and travel authority), Vivian Vassos. She finds a Great Plains foodie movement and catches up with the women leading its charge.

Quote: “For us, there is nothing more enjoyable than cooking and connecting with family and friends in the great outdoors with a view of the North Saskatchewan River”  —Cindy Lazarenko, Métis chef, teacher and restaurateur

The recent success of burgeoning Canadian tennis stars — Bianca Andreescu and Leylah Fernandez — has meant a huge increase in the visibility of the women’s sport in Canada. This would not have been possible without the trailblazing efforts of a previous generation’s superstar, Billie Jean King. Writer Johanna Schneller interviews the tennis great about her memoir, All In. King discusses her rise to greatness, the efforts she made on growing the women’s game as well as her activism for gay rights.

Quote: “Male sports have been developed for hundreds of years. They’ve been invested in, both in dollars and in media attention. I wanted that for us”  —Billie Jean King

With the pandemic came a significant outmigration from Canadian cities to the country and small towns — and sometimes to hometowns. That was the case for TV writer Ellen Vanstone, with her return to Winnipeg and a bungalow from a condo in Toronto. You can go home, she discovered, but it may require new skills — in her case a green thumb where one definitely was not before.

Quote: “Privately, I considered my property’s lack of curb appeal to be a security feature — surely no one would burgle such a pathetic, neglected home. At the same time, I realized my neighbours might not see it that way”  —Ellen Vanstone

With the plethora of television shows dedicated to the restoration of vintage cars (if you get a chance, watch Rust Valley Restorers), Dick Snyder’s story about people who pursue this passion struck the right note. Snyder interviews six enthusiasts from across North America and their stories,  photos and love affair with vintage-truck restoration jumps right off the pages.

Quote: “It’s fun to see how the younger generation reacts. I drove by some young kids and heard one of them say, ‘That is badass”  —David Sanders discussing his restored El Camino

Megawatt actress Sharon Stone opened up about much in our cover story ahead of the release of her memoir, The Beauty of Living Twice — which she wrote herself (she spent six minutes assuring journalist Johanna Schneller, who’d not asked, of this fact). But it was another unprompted revelation that took the interview on a longer tangent, and ultimately went viral this past summer: How does she really feel about Meryl Streep?

Quote: “Viola Davis is every bit the actress Meryl Streep is. Emma Thompson. Judy Davis. Olivia Colman. Kate Winslet, for f***’s sake. But you say Meryl and everybody falls on the floor”  —Sharon Stone

Early in 2021, on Jan. 28, we lost acting legend Cicely Tyson. At 96, the screen and stage star had published her memoir, Just As I Am, two days before — it quickly topped bestseller lists — and was living life to the fullest. “I have too much work to do,” Tyson told arts and entertainment reporter Ashante Infantry — for our posthumously published cover story — of her reply to friends wanting to take her out for her birthday.

Quote: “Now my doorman never seen me come in at that hour. And [he said] ‘Just because, Ms. Tyson, you’re a year older, that does not give you the right to be strutting in here at 3:30 in the morning’”  — Cicely Tyson on celebrating her 96th, and final, birthday into the wee hours last December.

The Year In Entertainment: From Bombshell Interviews to Trailblazing Stars, a Look at the Top 10 Pop Culture Moments of 2021