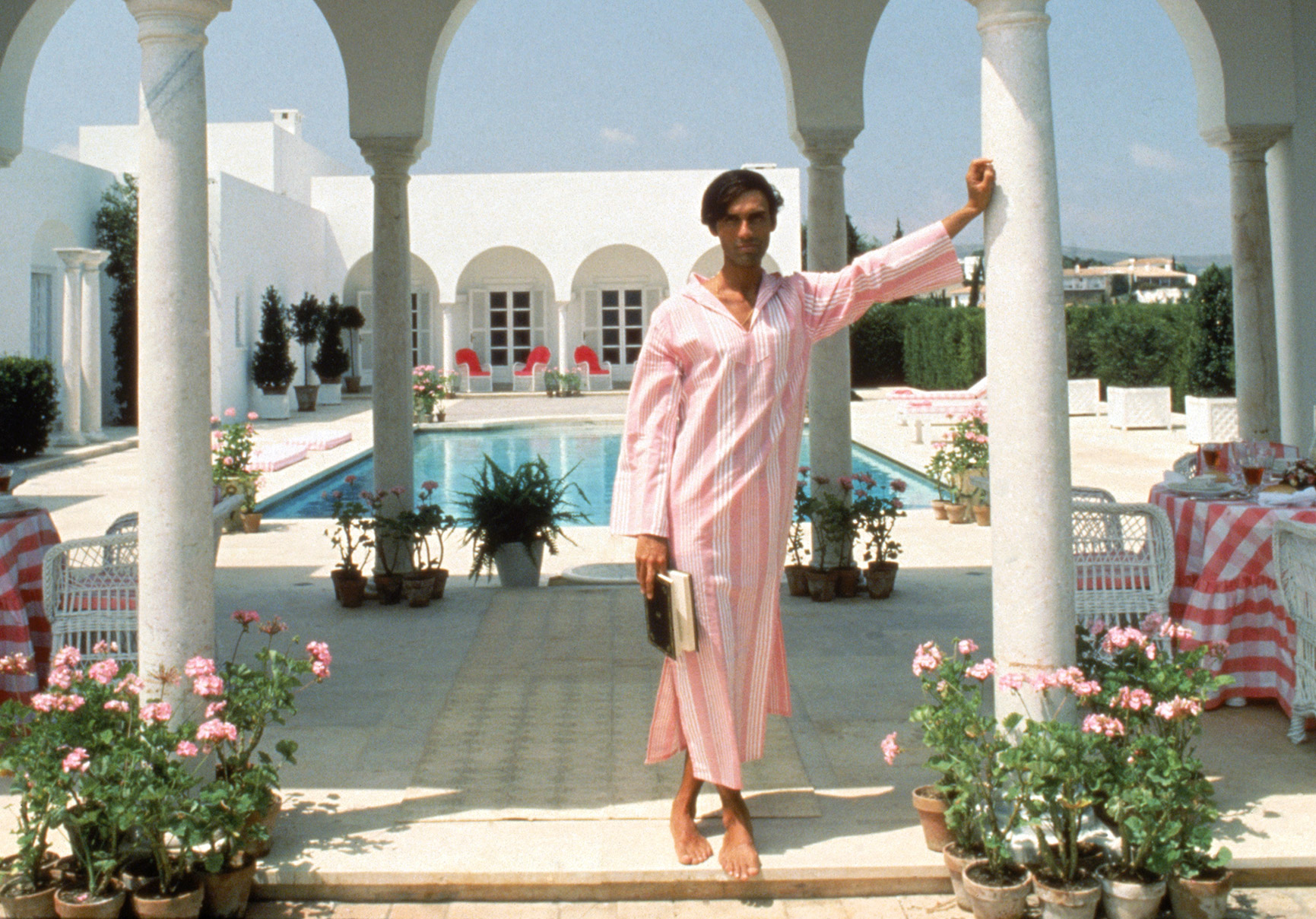 From Some of Our Favourite Writers / BY Nathalie Atkinson

With so many big new books from our some of our favourite authors, the fall fiction season is an embarrassment of riches. New thriller The Residence from Canada’s own Andrew Pyper, for example, is a chilling supernatural tale set in the 19th-century White House, while Ruth Ware’s psychological suspense story One by One takes inspiration from an Agatha Christie classic. Ann Cleeves’ acerbic DCI Vera Stanhope is back on the case in The Darkest Evening, exploring family secrets close to home. And at 83, detective novelist Peter Lovesey marks the 50th anniversary of his first novel with The Finisher. 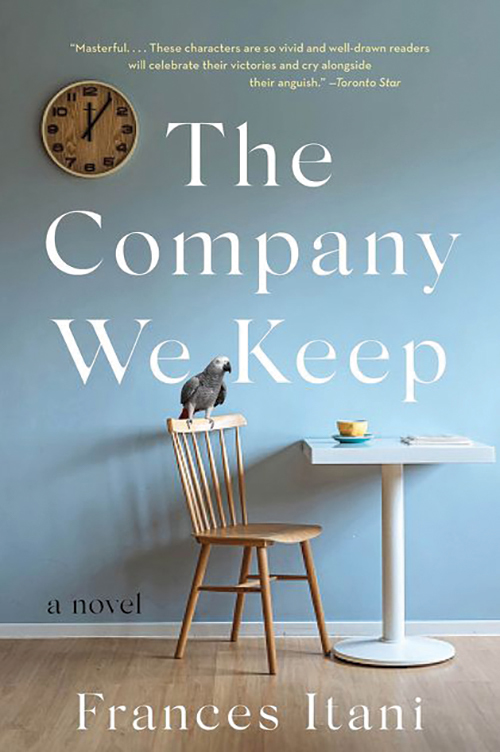 1>The Company We Keep Frances Itani

(Aug. 18)
It’s not a far-flung locale that throws this disparate group together, just a shared need for the comfort of strangers in the humble back room of a local café. Hazzley,  disconsolate and still grappling with widowhood, starts a weekly grief discussion group. Its members don’t initially share the whole story of their loss, but each has a capacity for reinvention. As she did in her acclaimed novel Tell, poet and essayist Itani is wise about capturing the ordinary drama of different lives. It’s large in scope yet an intimate illustration of E.M. Forster’s edict: only connect. 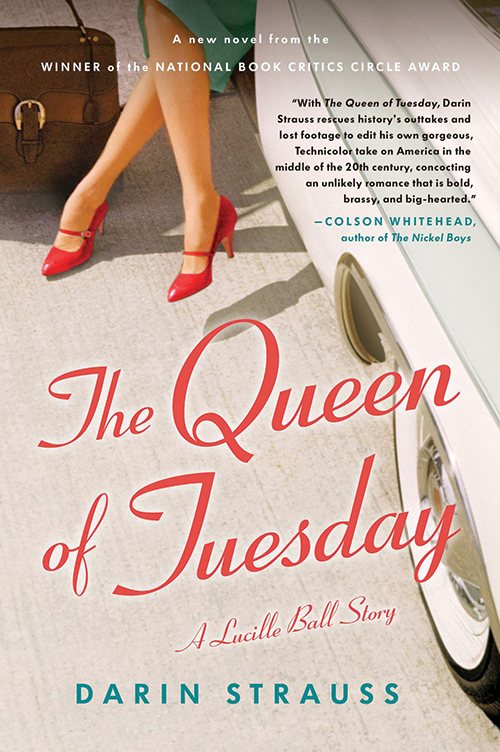 2>The Queen of Tuesday Darin Strauss

(Aug. 18)
Bette Davis may have been known as the fourth Warner Brother, but it was Lucille Ball who blazed a trail as Hollywood’s first female media mogul. This historical novel charts her ambition and rise as the industry’s most successful businesswoman. While the comedian was a symbol of domestic harmony in her eponymous sitcom, off screen she had to contend with sexist Hollywood power dynamics and a macho, unfaithful husband. Add to that the Strauss family legend, which has it that Ball and the author’s grandfather Isidore carried on a years-long affair, and even Ryan Murphy couldn’t blend fact with fiction more entertainingly. 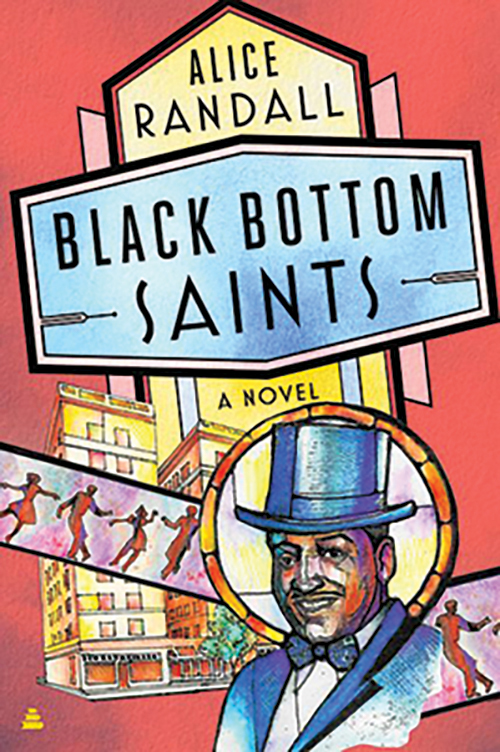 (Aug. 18)
Named for the long-vanished Detroit neighbourhood razed in 1950 in the  name of urban renewal, this richly textured historical novel is told in the voice of Ziggy Johnson, the period’s leading club emcee and entertainment columnist, as he lies dying. With an inventive structure inspired by the Catholic Book of Saints, Ziggy memorializes dozens of cultural luminaries and local figures – from poet laureate Robert Hayden and singer Ethel Waters to golfer Ted Rhodes and librarian Sadye Pryor, who lobbied for lifeguards at desegregated beaches. Together, the interconnected chapters form a kaleidoscopic portrait of what Randall calls “a Black Camelot." 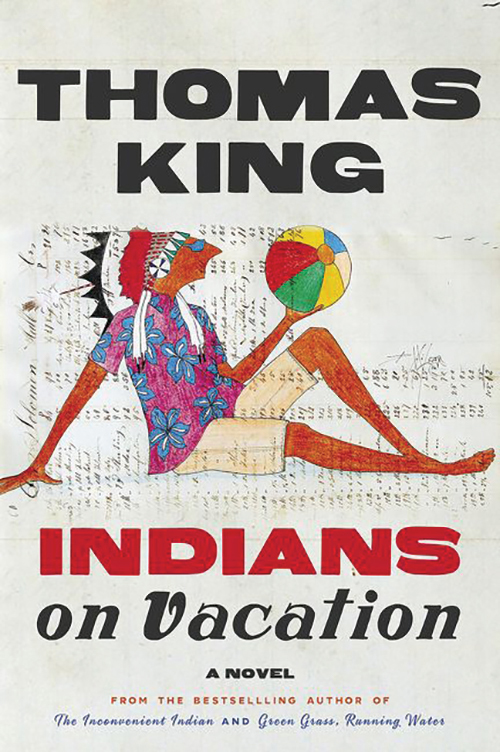 (Aug. 25)
When married couple Bird and Mimi discover a cache of postcards sent long ago by a relative, it sends them on an infectiously clever quest retracing his adventures in search of a sacred ancestral bundle. They begin in Prague and make their way through Europe. Throughout their misadventures, their finely tuned dialogue nails the intricacies (and bargains) of any long-term relationship. King, the celebrated Canadian-American writer of Cherokee and Greek ancestry and winner of the RBC Taylor Prize for The Inconvenient Indian, offers armchair travel and wry observational truths about contemporary life in equal measure. 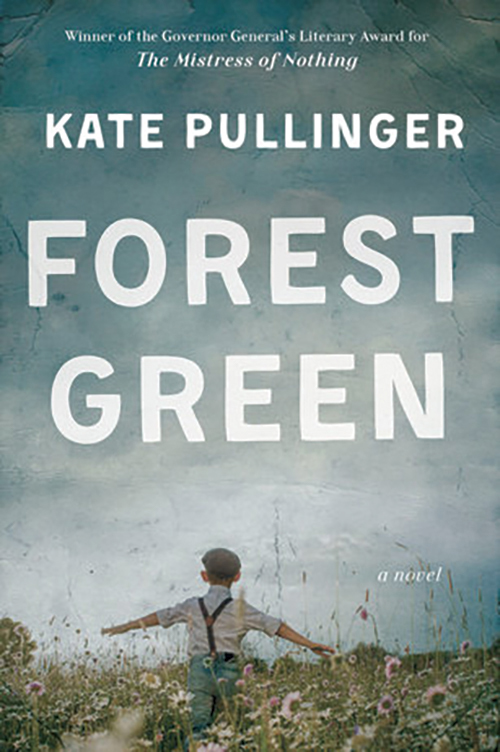 (Aug. 25)
On a rainy Vancouver day, Art Lunn lies tangled up in a blanket in a doorway. Estranged from family, the homeless man finds solace in his memories. As they jumble together somewhere between awake and dreaming, lyrical prose by the Governor General’s Literary Award-winner slowly unravels the past that led to this present. Art remembers, for example, the deep dark quiet of the woods at night and that he was once practiced at walking on the log booms of camps across British Columbia. The poignant glimpses and fragments take shape to reveal how childhood trauma can set decades of misfortune in motion. 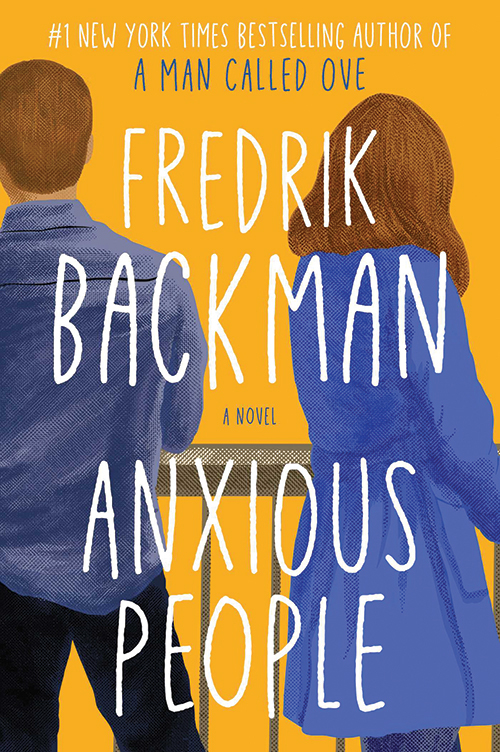 (Sept. 8)
Set in the aftermath of an accidental hostage situation, eight strangers form an instant community before the hapless would-be bank robber vanishes into thin air. Told in flashbacks, asides and digressions, the story of serendipity and the interconnectedness of all things is recounted through witness statements to police. The story walks the fine line between pathos and farce with the same brand of absurdist humour that made Backman’s previous novel about cranky retiree A Man Called Ove such a hit (and soon to be a movie starring Tom Hanks). 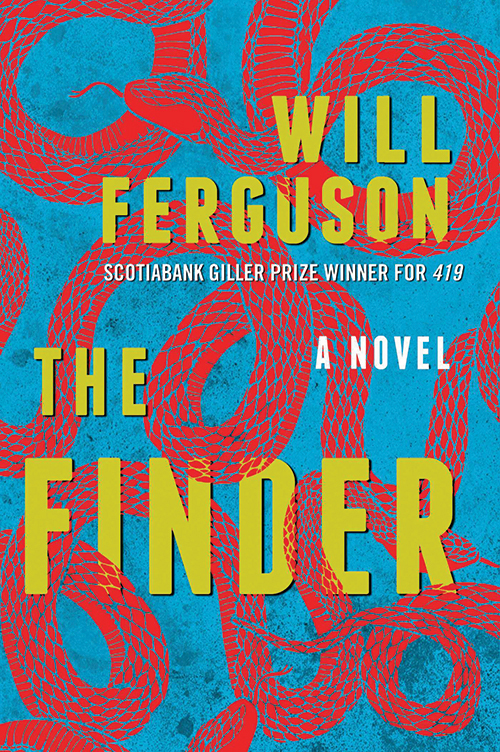 (Sept. 1)
The latest from the Scotiabank Giller Prize-winner is a pacey, globe-trotting tale of duplicity and misdirection that asks, What if the MacGuffin is the story? A senior Interpol agent has spent a decade tracing the provenance of objects of cultural importance: Muhammad Ali’s Olympic gold medal, a Fabergé egg, several stolen Stradivariuses, the glasses Buddy Holly was wearing when his plane crashed. From a lonely substation on Japan’s Hateruma Island to a dissolute travel writer in Christchurch, N.Z., they’re all linked to a single shadowy figure – or so the agent thinks. 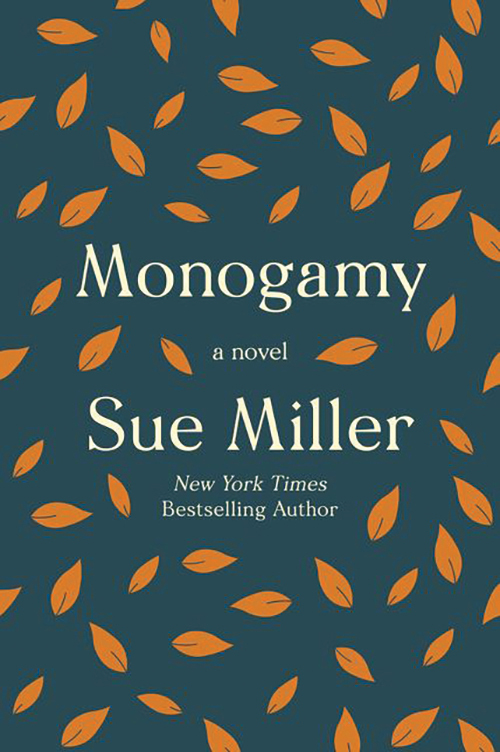 (Sept. 8)
When you marry your mistress, as the late financier (and notorious philanderer) Jimmy Goldsmith famously said, you create a job vacancy. Yet Annie never thought it of Graham, although she went from being his mistress to happily married wife nearly 30 years ago. After his unexpected death, she discovers a recent affair. Focused on the inner lives of extended family like Graham’s ex-wife, who is Annie’s close friend, and their respective adult children, Miller’s emotionally acute novel offers thought-provoking points of view about the nature of love and fidelity and the nuance of relationships. 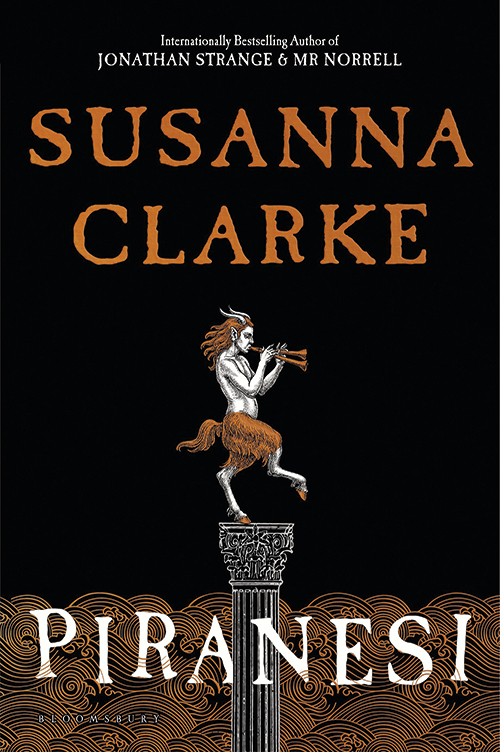 (Sept. 15)
After positing an alternate 19th-century England in her debut Jonathan Strange and Mr. Norrell, an unlikely global hit that swept awards and spawned a BBC adaptation, Clarke’s long-awaited follow-up explores the labyrinthine World within a house. In this inimitable fantasy, the inside is larger than the outside – halls so vast they contain an ocean and all the seasons. In cross-indexed journals, Piranesi spends every day mapping its tides and cataloguing the statues that line the endless staircases and halls. All the while, the scientist is regularly meeting with The Other, the only additional known person there. It’s dense and sprawling with surreality, and the internal logic is mesmerizing. 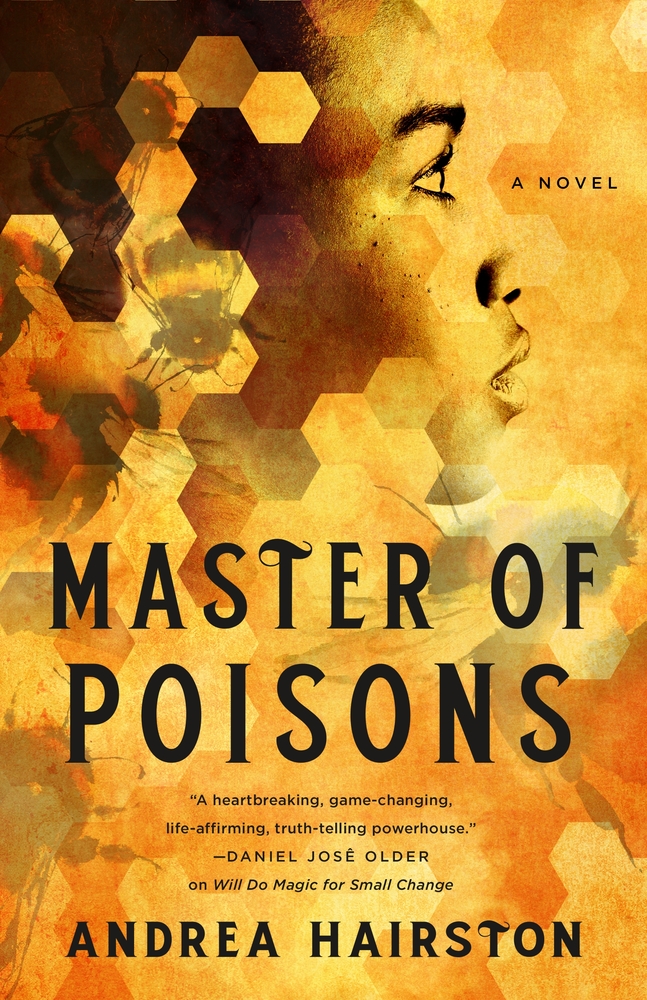 (Sept. 8)
The world of this speculative novel is at once wholly original and unsettlingly familiar: a swiftly spreading poison desert besets an empire. “It’s about decolonizing the mind,” the award-winning author says of the epic that draws on Afro-futurism and Indigenous-futurism. “I want to bring the wisdom of recovered ancestors in conversation with the future.” Hairston’s ability to weave these complex histories and issues into the experiences of characters like Awa, a heroic young woman training in the griot tradition of West African storytellers, is dazzling yet never feels laboured – even
with trenchant commentary on the climate emergency.