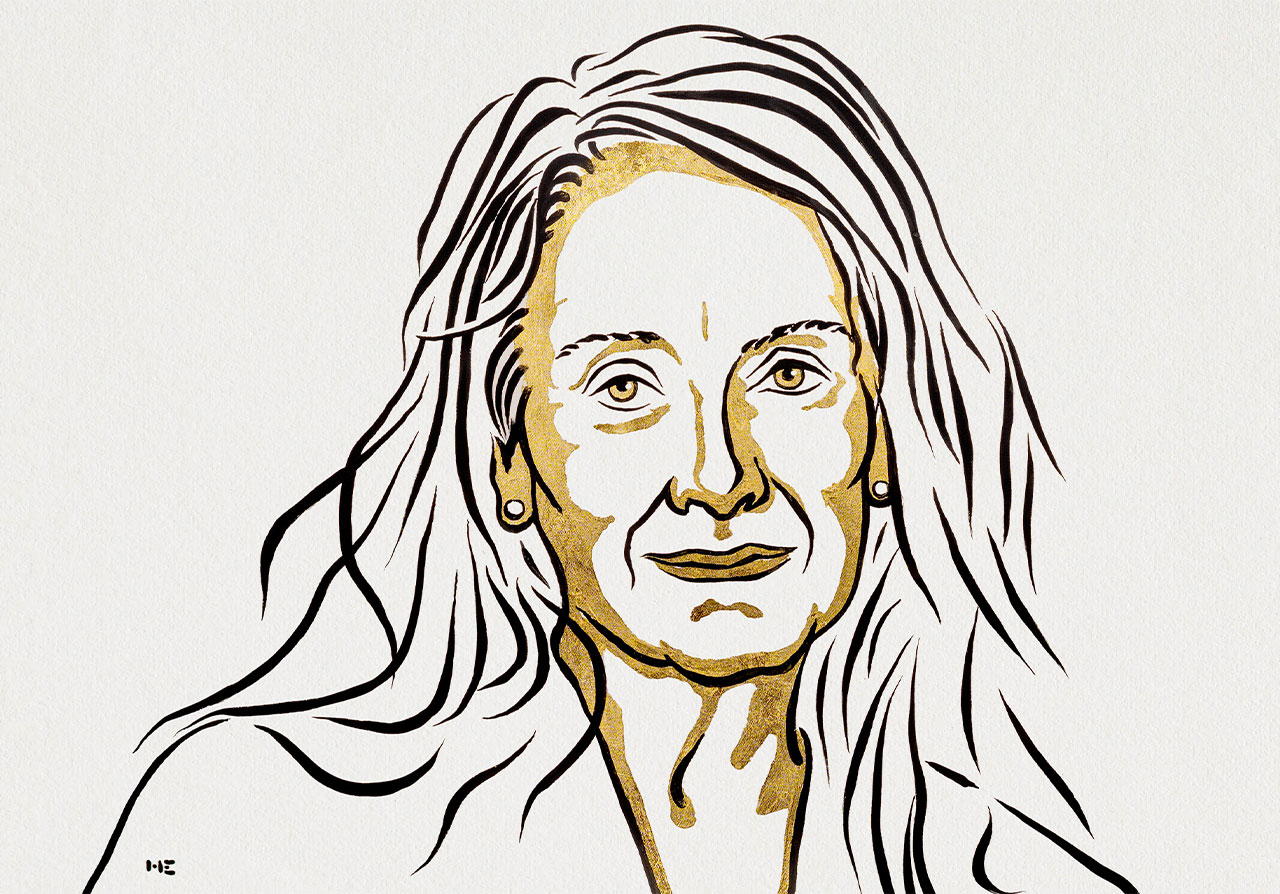 The author said, of winning, that "I was very surprised ... I never thought it would be on my landscape as a writer." / BY Reuters / October 6th, 2022

French author Annie Ernaux won the 2022 Nobel Prize in Literature on Thursday for “the courage and clinical acuity” in her largely autobiographical books examining personal memory and social inequality.

In explaining its choice, the Swedish Academy said Ernaux, 82, “consistently and from different angles examines a life marked by strong disparities regarding gender, language and class”.

The first French woman to win the literature prize, Ernaux said winning was “a responsibility”.

“I was very surprised … I never thought it would be on my landscape as a writer,” Ernaux told Swedish broadcaster SVT. “It is a great responsibility … to testify, not necessarily in terms of my writing, but to testify with accuracy and justice in relation to the world.”

She has previously said that writing is a political act, opening our eyes to social inequality. “And for this purpose she uses language as ‘a knife’, as she calls it, to tear apart the veils of imagination,” the academy said.

Her debut novel was Les Armoires Vides in 1974 but she gained international recognition following the publication of Les Années in 2008, translated into The Years in 2017.

“It is her most ambitious project, which has given her an international reputation and a raft of followers and literary disciples,” the academy said of that book.

Born to a modest family of grocers from Normandy in northern France, Ernaux wrote in a frank, direct style about class and how she struggled to adopt the codes and habits of the French bourgeoisie while staying true to her working class background.

An adaptation of Ernaux‘s 2000 novel Happening, about her experiences of having an abortion when it was still illegal in France in the 1960s, won the Golden Lion at the Venice Film Festival in 2021.

The academy said her “clinically restrained narrative” about a 23-year-old narrator’s abortion remained a masterpiece among her works.

“It is a ruthlessly honest text, where in parentheses she adds reflections in a vitally lucid voice, addressing herself and the reader in one and the same flow,” the academy said.

Jason Whittaker, head of English and Journalism at University of Lincoln in Britain, said the prize should bring more attention to the genre of women’s autobiography, “which is very often overlooked in what is still a male-dominated sphere”.

Similarly to when Polish writer Olga Tokarczuk won the 2018 prize, the recognition given to Ernaux‘s work would attract readers in English who may have overlooked her in the past, he said.

“She’s been a very important contributor in terms of memoir and autobiographical work,” he told Reuters. “In terms of her contribution to global literature, it’s really important in placing innovation and interesting techniques in women’s memoir at the centre of literary writing.”

Seven Stories Press, Ernaux‘s U.S. publisher of 31 years, said it published the English translation of her most recent book, Getting Lost, just two days before she won the Nobel, and was now rushing several of her backlist titles to press.

Publisher Dan Simons said in a statement Ernaux “has stood up for herself as a woman, as someone who came from the French working class, unbowed, for decade after decade.”

In picking Ernaux, he said, the Swedish Academy “had made a brave choice of someone “who writes unabashedly about her sexual life, about women’s rights and her experience and sensibility as a woman.”

Former French culture minister Roselyne Bachelot wrote on Twitter that Ernaux was “a writer who has put the autobiographical mode in its cold analytical way at the heart of her career. One may not agree with her political options but one must salute a powerful and moving work.”

Ernaux‘s fourth book, La Place (1983) (A Man’s Place, 1992) delivered her literary breakthrough with a 100-page “dispassionate portrait of her father and the entire social milieu that had fundamentally formed him”, the academy said.

In that book, Ernaux “distances herself from ‘the poetry of memory’ and advocates une écriture plate: plain writing which in solidarity with the father evinces his world and his language,” the academy said.

The prizes for achievements in science, literature and peace were established in the will of Swedish chemist and engineer Alfred Nobel, whose invention of dynamite made him rich and famous, and have been awarded since 1901.

While many previous literature winners were already widely read before landing the prize, the award generates huge media attention and can catapult lesser known authors to global fame while spurring book sales even for literary superstars.

Some prizes have gone to writers from outside mainstream literary genres, including French philosopher Henri Bergson in 1927, British Prime Minister Winston Churchill in 1953 and American singer-songwriter Bob Dylan in 2016.

Obsessive Book Buyers: We may earn a commission on books you buy by clicking on the links.