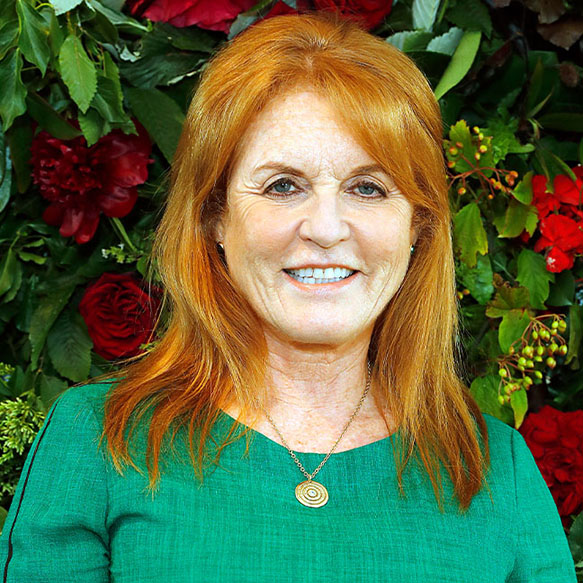 Inspired by the Duchess’s aristocratic roots, Her Heart for a Compass, written with Marguerite Kaye, is out on Aug. 3, 2021. Photo: David M. Benett/Dave Benett/Getty Images

The novel comes on the heels of her success as a bestselling memoirist and children’s book author, as well as film producer (The Young Victoria) and popular YouTuber. This is the Duchess’s first novel for adults.

The story, described as an immersive historical saga, takes readers from the drawing rooms of Victoria’s court and the grand country houses of Scotland and Ireland to the slums of London and the mercantile bustle of New York in the 1870s.

For the narrative, she drew upon research into her heritage as well as her own life experiences – and as we know there are many – as the ex-wife of Prince Andrew, now disgraced for his long and tawdry friendship with convicted pedophile Jeffrey Epstein. While the Duchess has weathered her own share of scandals over the years – who can forget the 1992 tabloid photos of the still-married Fergie holidaying in St. Tropez with her lover, financier John Bryan sucking her toes – she is now in a stable place. After years of being persona non-grata to older generations of the Royal Family – most especially Prince Philip – her invitation to Prince Harry and Meghan Markle’s wedding was viewed by many as a long awaited signal she was finally on better terms with the family. Her daughters, Princesses Beatrice and Eugenie are now both married, and she is about to be a grandmother, with Eugenie and husband Jack Brooksbank expecting their first child this year.

For her novel, “It all started with researching my ancestry,” the Duchess, 61, told Tatler.  “Digging into the history of the Montagu Douglas Scotts, I first came across Lady Margaret, who intrigued me because she shared one of my given names. But although her parents, the Duke and Duchess of Buccleuch, were close friends with Queen Victoria and Prince Albert, I was unable to discover much about my namesake’s early life, and so was born the idea which became Her Heart for a Compass. “With real historical events and facts to hand, my imagination took over,’ she added. “I invented a history for her that incorporated real people and events, including some of my other ancestors.

“I created a friendship between my heroine and Princess Louise, Queen Victoria’s sixth child, and I drew on many parallels from my life for Lady Margaret’s journey. I have long held a passion for historical research and telling the stories of strong women in history through film and television.”

Born on Sept. 17, 1900, the Duchess’s ancestor Lady Margaret was the eldest of the two daughters of Major William Frank Lascelles and Lady Sybil Evelyn de Vere Beauclerk. In 1921, she married Walter Montagu Douglas Scott, 8th Duke of Buccleuch and 10th Duke of Queensberry, becoming the Duchess of Buccleuch. The couple had three children. Her connection to the Windsors came through her sister-in-law, Alice, who married Prince Henry, Duke of Gloucester. Lady Margaret died at age 92 in 1993.

Her Heart for a Compass will be published by Mills & Boon, a romance imprint of British publisher Harlequin UK.