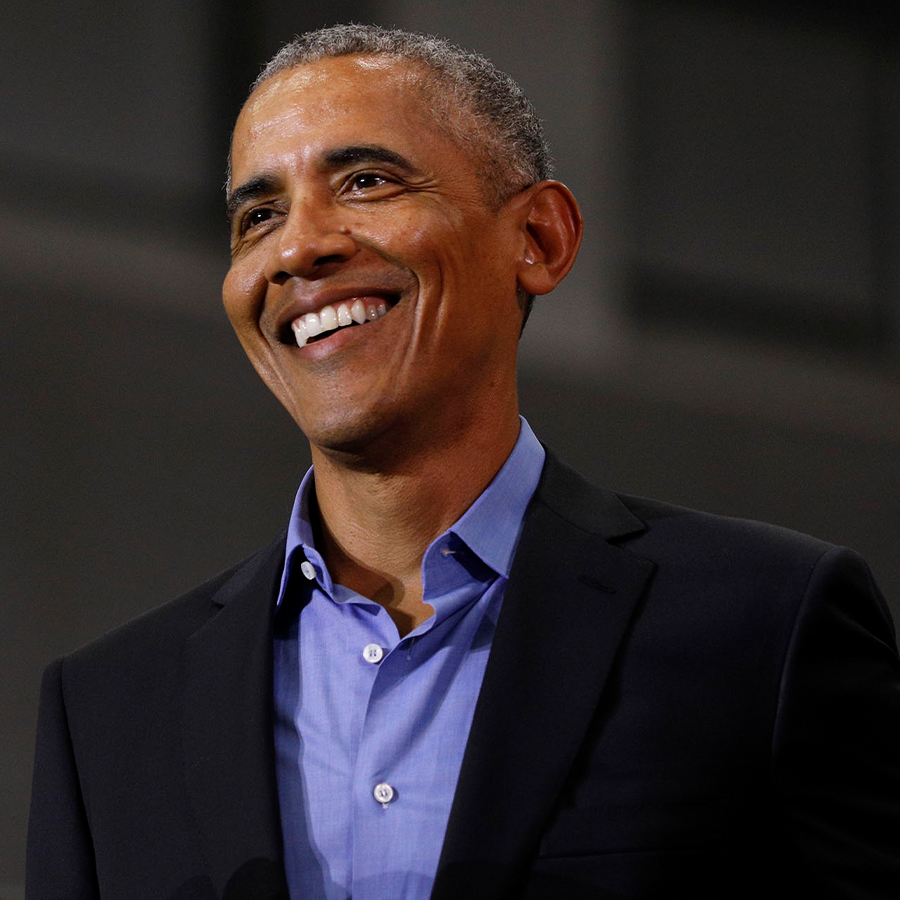 Surprise! That’s what it was for attendees of MahoganyBooks & The Very Smart Brothas Book Club when former U.S. President Barack Obama popped in to chat about his memoir A Promised Land (Presidential Memoirs, Vol. 1, November 2020), which sold a record-breaking near 890,000 copies in the U.S. and Canada in its first 24 hours.

As part of their Black History Month celebrations, members of the D.C.-based group were promised a virtual visit from a member of the Obama administration but instead were greeted by the 44th U.S. President himself.

“They had scheduled somebody else but they couldn’t make it, so I had to fill in,” he quipped. The video chat, which was recorded on Jan. 26, appeared on Obama’s Facebook page on Tuesday.

“I wanted to come on here because I thought, well, let’s see if we can find a way to support our outstanding African-American independent bookstores,” said the former president. “I also just wanted to see who the brothers were who named themselves ‘The Very Smart Brothas Book Club,’” he joked.

The conversation quickly took a more serious tone when Obama was asked how he was able to maintain hope and optimism during such troubling times in the country.

“It’s just temperament. Part of it, I guess, has to do with the fact that I tend to take the long view on things and not the short term. And that’s something I had to kind of learn to do,” he said.

“The trick is to be able to have that kind of long-term perspective but still feel the urgency of now, as Dr. King wrote about. Still feel as if, yes, we made some progress, but man, what’s going on now is crazy, and we have to do something about it.”

Addressing current issues of racial injustice, he went on to say, “What happens, you know, when you see a George Floyd or an Eric Garner. That’s terrible. That should make you angry. You can’t just kind of say, ‘Well, it’ll take time.’ You have to feel pressed now and angry now or sad now.

“Trying to keep those two things in mind at the same time, I think, is the biggest trick to not just being president but just being a functioning Black person in America.”

When a 28-year-old participant asked for career advice and how to deal with “feelings of unpreparedness,” Obama spoke movingly of the virtue of “having patience with yourself” and when determining your path in life to ask yourself, “What moves you? What’s important to you? What are you passionate about?

“’cause if you know what that is, then you’ll find a way. You’ll figure it out.”

But, of course, no conversation with the former president could overlook his counterpart, former first lady Michelle Obama — whose own memoir Becoming was an instant mega-bestseller, outselling all other books in the U.S. in 2018. The audio book version, narrated by Obama, landed a 2019 Grammy win for Best Spoken Word Album.

In this case, however, the topic of the day was her always impeccable style and stunning monochrome ensemble for Inauguration Day, which went viral on social media.

“I don’t know what it is about, y’all, with Michelle and her belts,” he said. “I asked Michelle about it at dinner the other night. I said, ‘Listen baby, you are gorgeous. You know, I understand completely why you are a fashion icon.’ But, I said, ‘Was your hair different? ‘Cause it didn’t look that different.'”

“Anyway, so I don’t have an answer other than just knowing she looks good and looks better than me,” he concluded. “I understand that.”