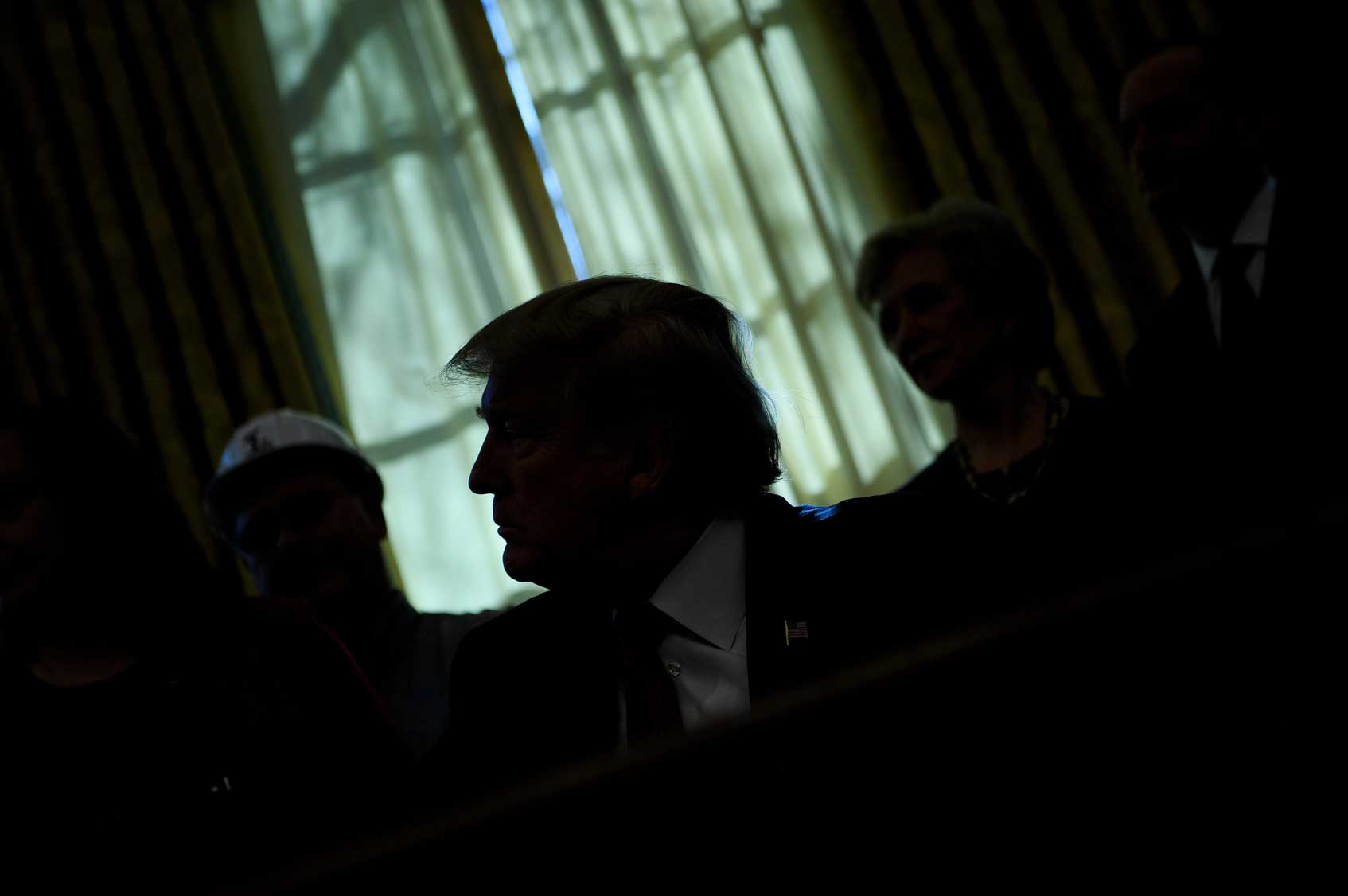 U.S. President Donald Trump says he has never heard of Mile Taylor, the anonymous author who urged the country not to vote for Trump. Photo: Brendan Smialowski/AFP/Getty Images

The anonymous White House source who wrote the bestselling 2019 book A Warning has unmasked himself.

Miles Taylor, a former chief of staff in the Department of Homeland Security,

announced he was the man behind the book, which likened U.S. President Donald Trump to a “12-year-old in an air traffic control tower, pushing the buttons of government indiscriminately, indifferent to the planes skidding across the runway.”

He also confessed to writing an anonymous 2018 essay in The New York Times that revealed there was “a quiet resistance” at work to undermine the president, with some staff working “diligently” to “frustrate parts of his agenda and his worst inclinations.”

That opinion piece touched off a storm of speculation around the author’s identity, with shades of 1996, when Newsweek columnist Joe Klein anonymously published Primary Colors: A Novel of Politics, inspired by U.S. President Bill Clinton’s election campaign.

Taylor parlayed the op-ed piece into A Warning, which argued that electing the president to a second term would be “courting disaster.”

Pundits have had a field day dissecting Taylor’s CV, particularly his decision to take a leave of absence from his job as head of national security policy at Google to campaign for Democratic presidential candidate Joe Biden. Of course, President Trump had his say, writing in a tweet, “Who is Miles Taylor? Said he was “anonymous,” but I don’t know him – never even heard of him,” and dismissing the CNN contributor as working for “Fake News.”