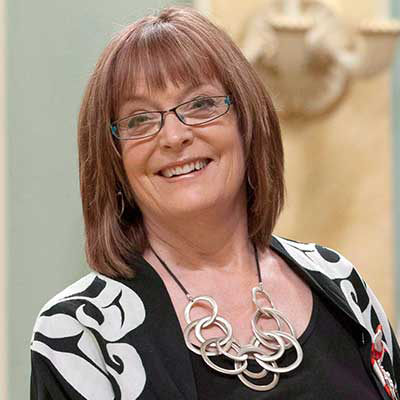 Cookbook author and culinary activist Anita Stewart was made a member of the order of Canada in 2011 for her promotion of Canadian cuisine. Photo: Adrian Wyld/CP

Anita Stewart, the patron saint of Canadian food, is being mourned after her family announced the death of the 73-year-old cookbook author and Food Day Canada founder.

Stewart travelled across Canada to collect recipes that defined Canadian cuisine for her 2008 cookbook, Anita Stewart’s Canada: The Food, The Recipes, The Stories, one of more than a dozen cookbooks she published.

“Over the years I’ve been given many titles,” she wrote on her Food Day Canada bio. “Summing up the past 4 decades or so (YIKES!), the words Activist and Disrupter have been applied the most.  I like them because I have never believed that life is a dress rehearsal and if we are to live it fully, we’d better get busy.  My mantra? Canada IS food and the world is richer for it.”

Tributes are pouring in on her Facebook page, and on Oct. 30, Niagara Falls was lit up red and white in her honour.

A resident of Elora, Ont., Stewart was named a member of the Order of Canada in 2011 and in 2012 was announced as the University of Guelph’s first food laureate.