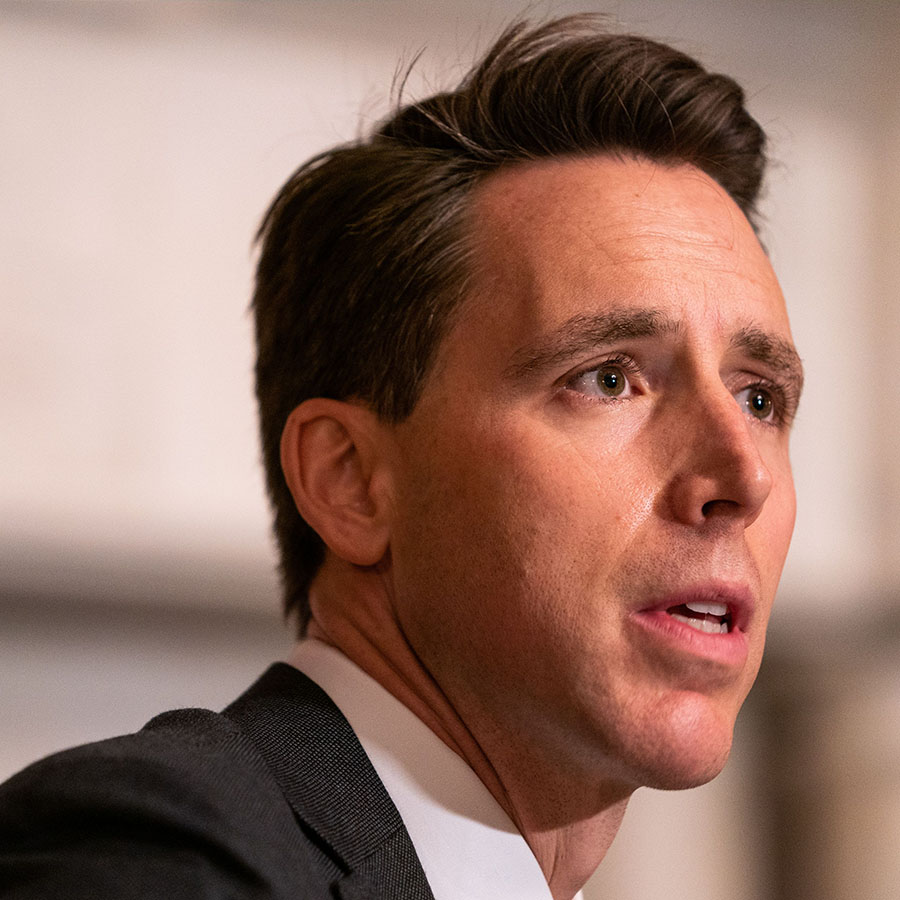 Simon & Schuster announced on Thursday that it was cancelling publication of a book by Republican Missouri Senator Josh Hawley, seen above in October 2020. Photo: Demetrius Freeman / Pool / AFP via Getty Images

Simon & Schuster announced on Thursday that it was cancelling publication of a book by Republican Missouri Senator Josh Hawley following his support of President Donald Trump’s effort to overturn Joe Biden’s election win — which culminated in the attack on the Capitol building by rioting Trump supporters on Wednesday. Five people died in the attack, including a Capitol police officer and a pro-Trump Air Force veteran.

“After witnessing the disturbing, deadly insurrection that took place on Wednesday in Washington, D.C., Simon & Schuster has decided to cancel publication of Senator Josh Hawley’s forthcoming book,” a statement from the publisher explained. “As a publisher it will always be our mission to amplify a variety of voices and viewpoints: at the same time we take seriously our larger public responsibility as citizens, and cannot support Senator Hawley after his role in what became a dangerous threat to our democracy and freedom.”

Even in the wake of the Capitol attack, when shaken Senators re-adjourned to finally finish certifying the Electoral College results, Hawley still chose to bring forward objections to Pennsylvania’s vote count, continuing to enable Trump’s baseless attempt to overthrow an election that Biden won with a record-breaking 81 million votes. Earlier in the day, he’d joined Sen. Ted Cruz in objecting to the results in Arizona.

In addition, a damning photo of the senator was taken prior to the Capitol attack, in which Hawley is seen offering a show of support to the rioters — including raising his fist in the air.

Hawley immediately lashed out on social media about the cancellation of his book — called The Tyranny of Big Tech, which was slated for a June 2021 release. He sarcastically referred to Simon & Schuster as a “woke mob” — a poor choice of words to start, considering he supported an actual angry mob that assaulted the Capitol — and then falsely referred to the move as an infringement of his First Amendment free speech rights and “Orwellian,” before threatening a court battle.

Of course Hawley, as a graduate of Stanford University and Yale Law School, a former clerk for U.S. Chief Justice John Roberts and a former Attorney General of Missouri — among other law-related positions — possesses the legal acumen to understand that a decision by a publishing company to not publish a book is not First Amendment infringement. In the same vein, he should understand that Trump’s attempt to overturn the election results is beyond reason or merit.

Still, the cancellation of his book is the least of the Missouri senator’s worries. Since the Capitol attack, the state’s two biggest papers — The St. Louis Post-Dispatch and The Kansas City Star — did not mince words in strongly calling for Hawley to resign.

“Sen. Josh Hawley had the gall to stand before the Senate Wednesday night and feign shock, shock at what happened — hours after he had fist-pumped and cheered the rioters as they arrived on Capitol Hill,” the Post-Dispatch wrote. “Hawley’s tardy, cover-his-ass condemnation of the violence ranks at the top of his substantial list of phony, smarmy and politically expedient declarations.”

The paper added that, “Americans have had enough of Trumpism and the two-faced, lying, populist politicians who embraced it” and said that “Hawley’s presidential aspirations have been flushed down the toilet” due to his “role in instigating Wednesday’s assault on democracy. He should do Missourians and the rest of the country a big favour and resign now.”

Meanwhile, on Wednesday, the day of the attack, The Star published an editorial declaring that Hawley “has blood on his hands in Capitol coup attempt.” The next day, a second editorial stated that, “If Missouri Sen. Josh Hawley had a conscience, he’d resign. He’ll have to be removed.”

In addition, former Missouri Senator John Danforth, who helped mentor Hawley, told the Associated Press that, “Supporting Josh Hawley … was the worst decision I’ve ever made in my life. He has consciously appealed to the worst. He has attempted to drive us apart and he has undermined public belief in our democracy. And that’s great damage.”

And one of Hawley’s biggest donors, a Missouri businessman named David Humphreys, has also spoken out against the senator. In a statement to The Missouri Independent, Humphreys called Hawley an “an anti-democracy populist” for “supporting Trump’s false claim of a ‘stolen election’” and added that “Hawley should be censured by his Senate colleagues for his actions which have undermined a peaceful transition of power and for provoking yesterday’s riots in our nation’s capital.”